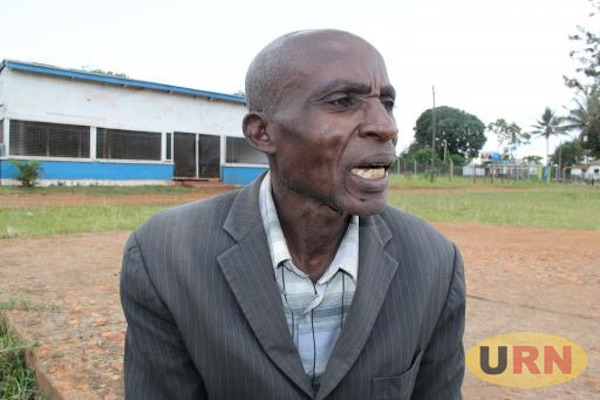 A witchdoctor, Damian Akuze who recently sued the speaker of parliament Rebecca Kadaga has been excommunicated by residents of Wankole village, Kamuli district.
The residents accuse Akuze of attempting to taint the image of the speaker. Akuze recently filed a case through his lawyers; Mangeni and Company Advocates at the Jinja High court, demanding for a payment of Shs 200 million for his sorcery services that allegedly propelled Kadaga to the top leadership positions in this country.
Kadaga has served several times as a member of parliament, as deputy speaker and as the speaker of parliament. But Akuze says that Kadaga was riding on his charms to keep herself in senior positions since the 1990s. He says that Kadaga failed to pay for the services over the years and that the money has since accumulated to more than Shs 200 million.

"She made a down paid of Shs 1 million but she still owes me a big sum of money following the great job I did for her. I still do some work for her annually but am surprised there are people including police officers who are hunting me down," Akuze said.

He says he has demanded for his money for last 29 years in vain. This morning, angry residents armed with placards in defence of Kadaga, stormed Akuze's home and ejected him.

"Let our mother be," read one of the placards. "We shall deal with you if you don't withdraw the court case", read another. They accused him of succumbing to the work of political protagonists to taint Kadaga's image.

The residents sounded drums within the compound and ordered him to vacate or risk being lynched. Isaac Mukembo, a resident of Budumba village says that Akuze is a fake witchdoctor who should be excommunicated from their area.

Moses Muzila, another resident from Butimbwa A village adds that Kadaga commands respect in their community and he is willing to defend her reputation which is now being undermined by the witchdoctor's actions.

Steven Lubalula, the sub-county coordinator of witchdoctors in their umbrella body of "Uganda N'eddagala lyaayo," says that Akuze would have approached him for guidance before proceeding to court.

The Busoga North police spokesperson, Michael Kasadha denies allegations that some officers are behind Akuze's troubles. Kadaga has categorically denied the accusations, saying her rise to the leadership positions was through hard work and great organisation and not due to Akuze's charms.

She recently raised a complaint before the Uganda Communications Commission (UCC) to have the Daily Monitor website shutdown for running Akuze's court case story.

If tribal leaders stand down & Ugandans UNITE, as there is no opposition leadership/party to lead Ugandans to the next step, it's the duty/responsibility of Speaker of Parliament to ensure the country doesn't fall in pieces, go to war...!

If mps were working for electorate & as there is no opposition leadership, they would impeach Museveni, then Speaker of Parliament would maintain order, ensure the country goes on, organise election while mps ensure constituecies stay calm, Mayor of Kampala ensures the City functions, local leaders maintain order...!...
Report to administrator
0 #4 Akot 2019-02-25 21:14
...The reason the National Executice Consultative Councel, lead by Chairman E. Rugumayo had to be formed was because there was no opposition leadership, no parliament, thus no alternative leader... after Amin, yet the country had to reorganise, to give chance to election & continuity!

It's the same situation Uganda is in today & the only common National Leader our people have is the Speaker of Parliament!

What if mps/parliament start working for electorate & not for Museveni & NOW, by impeaching Museveni, before the demon impeaches Ugandans & owns their country?

Ugandans should know that with or without next fake election, Museveni is going no where unless thrown out in UNITY, then Speaker of Parliament will have to handle National matters & ensure Ugandans get the kind of governance they want!...
Report to administrator
-1 #5 Akot 2019-02-25 21:17
...Unline the situation with Amin, today Ugandans have:

all that is needed is tribal leaders standing down, then UNITY of ALL ,so that Museveni has no chance to use Ugandans agains themselves & just go on completing conquest of the country!

Why is Museveni still in State House ensuring Ugandans are slaves handing over their country to him in peace like robots he programmed?
Report to administrator
+1 #6 Odongkara 2019-02-26 10:35
Why drive out of his home for going to court? Allow the courts to do their work and serve justice where it's due.

Who knows there is truth in what the witch doctor has gone to court for and why deny him justice by silencing him?

Ugandans are a confused lot if this is how far we can go, does going to court become a crime against a leader? Suck your own...
Report to administrator