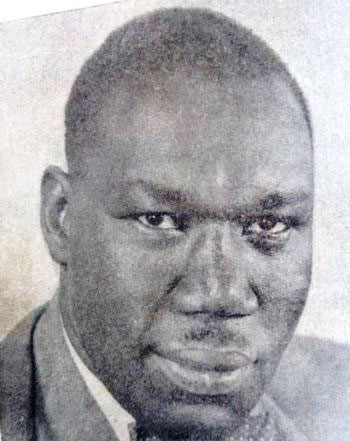 Last week, the Uganda People's Defence Forces (UPDF) held a series of events to mark 38 years since the start of the war that brought President Yoweri Museveni to power in January 1986.

The events to celebrate Tarehe Sita climaxed on Wednesday in Kitgum district. General Museveni was in a combative mood at Kitgum Primary Teachers' College, the venue of the main event, warning that the army has built enough capacity to handle any threat.

"Nobody can disturb our peace. Anyone who thinks of destabilising Uganda will destroy themselves…they will be defeated and destroyed," he said.

Museveni said clear political orientation, with patriotism and Pan-Africanism, were key pillars to building the UPDF to the current professional standard.

The Tarehe Sita event dates back to February 6, 1981, when Museveni led 27 armed men to attack Kabamba military barracks in Mubende district. It is this attack that launched the five-year "Luweero bush war" that brought Museveni to power on January 26, 1986.

For at least 33 years February 6 is celebrated annually. Museveni's emphasis on Uganda's military capability connected Tarehe Sita to another historical event, 53 years ago, that might be a major factor in the militarization of Uganda's politics.

In a two-part series, URN revisits some of the events of 1966 that laid the foundation for successive leaders to always turn to the military to answer questions of political nature.

Another February, another event

While February 6 shaped the political events in Uganda from the 1980s, it was another "February event" 15 years earlier that, perhaps, changed the trajectory of the country's history and cultivated a fertile ground whose fruits include the Kabamba incident.

On February 4, 1966, a legislator tabled a motion in the parliament of Uganda seeking to have Prime Minister Milton Obote, two of his ministers and deputy army commander, Col Idi Amin suspended for corruption.

In January 1966, Daudi Ocheng, a member of parliament for Mityana and secretary general for Kabaka Yekka (KY) party, made revelations that were to change the course of history that year. According to Ocheng, also a personal friend of President Edward Mutesa, top government officials, including PM Obote, were personally receiving gold, ivory and money from rebels in neighbouring Congo.

In his 1970 book, The Uganda Crisis, Akena Adoko summarises the events starting with Ocheng's allegation in January 1966 that a sum of Shs 340,000 had been deposited on Col Amin's bank account in Ottoman bank. According to Ocheng, the money was deposited within 24 days in the months of February and March 1965.

In his November 1968 article, "Myths and Realities: A letter to a London Friend," Dr Obote says he chaired a UPC parliamentary group meeting on January 31, 1966 during which a party position was adopted.

All UPC members in parliament were to oppose the motion on the floor of parliament. After the meeting, Obote left for a tour of northern Uganda that would take him to Acholi and West Nile.

This was not to be, as Justice minister Grace Ibingira, with whom Obote was jostling for the control of UPC party, convinced several MPs to support the motion.

Writing in The New African, a South African magazine in March 1967, Andre de la Rue paints a picture of a fractious, intrigue-riddled ruling party at the time of the motion. Rue traces the divisions to early 1964 when Ibingira defeated John Kakonge for the position of UPC secretary general by a difference of only two votes. Ironically, Obote supported Ibingira against Kakonge.

In the absence of Obote, therefore, it might have been easy for Ibingira, on February 4, 1966, to lead the cabinet in reversing a key decision of the party. Indeed, only John Kakonge opposed the motion.

On pages 31 to 35 of The Uganda Crisis, Akena Adoko captures Ocheng's submission that combined allegations of corruption and a planned "military coup" to create a tense atmosphere in the House. Then aged 41, Ocheng began his motion thus: "Mr. Speaker, if I live a hundred years, or for a hundred hours only, this motion shall always be my greatest contribution to my country Uganda."

Ocheng went on: "I move that this House do urge government to suspend Col. Amin of the Uganda Army from all official duty, pending investigations by the Uganda Police regarding his bank account; and that any decision by the Uganda government on the recommendation and on the police findings must, and shall be made public."

The KY secretary general informed the House that the motion was based on the bank account of Col Idi Amin. "It was clear from that account that Col. Amin did bank Shs 340,000 in 24 days in February and in March 1965," he said.

Ocheng then asked a rhetorical questions and went ahead to answer them, while dragging Obote and his two ministers in the scandal.

"The question now clearly is, did Col Idi Amin get that money lawfully? No, I repeat, he did not; he got it unlawfully contrary to army laws and army regulations. Another question is, why has this Col Amin not been brought to justice yet? I am told by somebody that he was told by Amin that the great share of that Congolese gold he brought home went to Premier Obote, who took one million shillings! Then minister Onama and minister Adoko Nekyon shared equally the same amount."

He went on to argue that Amin was "sealed from the searching eyes of the law" because minister Onama "had promised Col Amin to become the commander of the Uganda Army."

"Thirdly, this Col Amin figures predominantly in a coup plan to topple the Uganda Constitution by government ministers already mentioned above. He is engaged in training 70 youths in the forest, for this dangerous venture," said Ocheng.

Felix Onama, a unionist and UPC politician from West Nile, was months old in the ministry of Defence docket. He had earlier served as minister of Works and Labour and as minister of Internal Affairs. The Daudi Ocheng motion was like a baptism of fire for Onama. Making what he called a government stand on the matter, Onama dismissed the motion and the allegations therein as "rubbish talk, pit-latrine talk."

"These allegations were made some time ago by Ocheng. We accepted then forthwith, investigations of them. The progress of this enquiry was reported to you here," says Onama as quoted by Akena Adoko on page 45.

Onama added: "Rubbish talk, pit-latrine talk is Ocheng's dirty habit. I challenge him to repeat these charges outside this House where libel is a subject of court action and damage."

At this point, Onama doubted Ocheng's mental faculties: "In my mind, I'm certain Ocheng needs a psychiatrist to give him thorough treatment, for, he suffers seriously from a disease of the mind in which he mistakes for truth, imaginations and dreams."

The minister offered to resign from cabinet "on one condition alone, that Ocheng, or one of you, repeats the accusations anywhere outside the House."

Seconding the motion, Gesparo Oda, a Democratic Party legislator from West Nile, confessed that he knew little about Ocheng's revelations but noted that the motion should target "the big guns", not just Amin.

He said: "It now appears to me that Amin is a scapegoat; a mere tool for bigger guns whom this motion must embrace."  Oda's career would end tragically when armed men raided his home in Arua and killed him in September 1979.

To further elevate the importance of the motion, Abu Mayanja argued that it was not Amin's reputation that was at stake. He noted that the name and integrity of the leaders, including Prime Minister Obote, was at stake.

"I call for a judicial enquiry into the very conduct of Uganda prime minister and of two of his ministers. They will be found innocent but our people, Ugandans, would have had the proof they need that the Uganda government is quite honest and decent," Akena Adoko quotes Mayanja on page 37.

Balaki Kebba Kirya took a swipe at Defence Minister Onama who had described Ocheng's allegations as "rubbish." Kirya used the same words: "Onama has said Ocheng has spoken rubbish. I now say the same to him; what you said were (sic) all rubbish. I was, like you, elected to represent the people. I'm no one's rubber stamp. The commission of inquiry should investigate many, including all ministers."

Kirya added: "The commission of inquiry must not be police one. What would you expect from them?"

Martin Aroma, a UPC legislator from Lango, caused laughter in the House when he argued that it was unnatural for the government to train rebels that would overthrow it. He asked: "Mr Speaker, would a sensible person, a reasonable person, train in the bush many persons to come and overthrow him?"

He added: "It is against nature, to train your own enemies to enable them kill you. If the Prime Minister is tired of leading the government, why should he not just resign? I'm pleased, very pleased by this motion: It has showed us those of us who are foxes in sheep skins."

Supremacy of the law

Grace Ibingira, who rallied UPC members to support the motion in the absence of Obote, emphasized the supremacy of the rule of law while defending the motion.

"Supremacy of the law and the long arms of the law are the principles at stake. In accepting this motion, we approve and endorse both."

He added that, while the allegations of gold loot were not to be treated treat seriously, the talk of a military coup should be investigated. "…The other allegation of a plot to overthrow Uganda's constitution is indeed very serious. Its truth or its falsity I'm not sure of either. It is, therefore, only right that an investigation to expose their falsity, or to establish their truth, be carried out, into them," Ibingira is quoted in Akena's book.

Health minister, Dr Emmanuel Lumu, a legislator for Kyadondo, argued that he had no grudge against Amin. He, however, noted that he was concerned about army discipline.

"African armies are now infected by some disease, which affects their discipline. This disease may now spread here because of Amin's conduct," he said.

Lumu added: "Amin is no minister. And he is not the Premier. He is an army officer and subject to discipline like his colleagues in the army or like any of us here."

Using his own experience, Dr Lumu submitted: "Some time ago, this Ocheng, who moved this very motion, moved yet another motion against two ministers: Mr (Mathias) Ngobi and I. What were the consequences? Premier Obote kept us under virtual house-arrest till enquiry was finished, till both names were really cleared. This is what we now demand, that Amin's name should be cleared."

In the second part, ministers Sam Odaka and John Kakonge try to turn the tide, with only Kakonge eventually opposing the motion. As the motion is sails through parliament, Prime Minister Obote returns, and the gun takes over.

Terehe Sita is one of the many side-effects of Obote`s failure to listen to what Ochieng was saying.

Daudi Ochieng is also a father to some important figure within Buganda, he has given birth to so many things

Daudi Ochieng is also a father to some important figure within Buganda, he has given birth to so many things

But Wadada, what are some of the THINGS?
Report to administrator
12