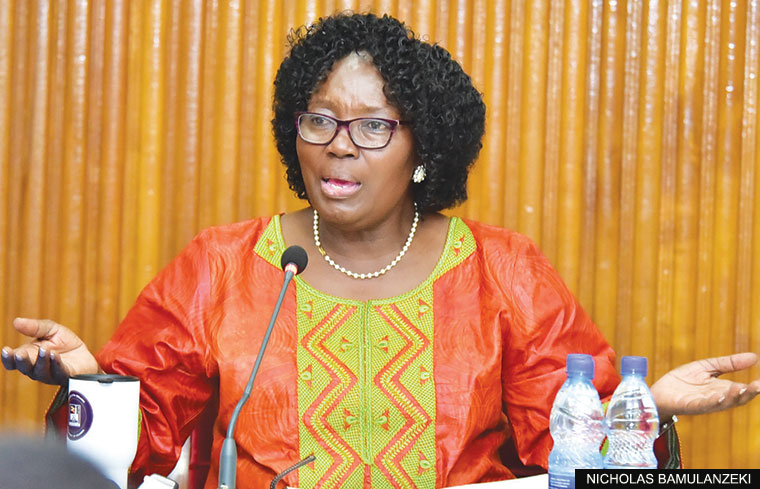 Daily Monitor recently reported that Damian Akuze, a traditional healer from Kamuli district, had filed a suit in the Jinja High court against Kadaga for allegedly refusing to pay him for his sorcery that allegedly propelled her to her current position of speakership.

Akuze says Kadaga procured his charms on September 1 and 2, 1990 and that ever since, he has continually invoked his powers to keep Kadaga in several powerful positions ever since.

Kadaga, Akuze alleges, procured the services so she could become an MP in the Ugandan parliament, member of the East African parliament, be appointed minister and speaker of Uganda parliament and be driven in a convoy like the president. In return, Akuze claims, Kadaga was to pay Shs 204,500,000 for the black magic services.

Kadaga has strongly protested the allegations, saying that she became an MP in 1989 and therefore claims that she approached the witchdoctor so she can become an MP in 1990 is a laughable imagination.

A statement issued by the clerk to parliament, Jane Kibirige says says Kadaga has never been a member of EALA and was appointed minister in 1996 - six years after 1990, the year Akuze claims to have invoked his magical powers.

Kibirige says even for the position of deputy speaker, she was elected in 2001 after hard work and similarly, it was again hard work that saw her appointed speaker in May 2011 and not witchcraft. Kibirige says Akuze's claims and allegations are “comical and fraudulent.”

UCC executive director Godfrey Mutabazi says Kadaga raised a complaint on February 4 stating that the Daily Monitor story was "fake" and was published with the intention of damaging her reputation.

Mutabazi says preliminary investigations reveal that Monitor Publication Limited has never applied for authorisation from UCC to run an online newspaper platform as required by law.

Mutabazi says “in order to avoid a recurrence of similar breaches during the investigations, and in view of the fact that Monitor Publication Limited refused to obtain the requisite authorisation for the provision of Data Communication services in Uganda, the Commission hereby DIRECTS as follows;

Mutabazi also says Daily Monitor must within five days submit explanations as to why they ignored and failed to balance the story when they failed to get Kadaga’s side of the story before publication.

Kadaga has been captured on camera before going to a traditional shrine 'to pay homage to ancestral gods'.

And in my humble understanding is the Monitor is not under obligation to get Kadaga's side because she's expected to respond to court.

Are we all that dumb in Uganda or are we trying to put brave face but to the wrong people? Kadaga should not hide behind parliament, she is being sued as an individual.
Report to administrator
12