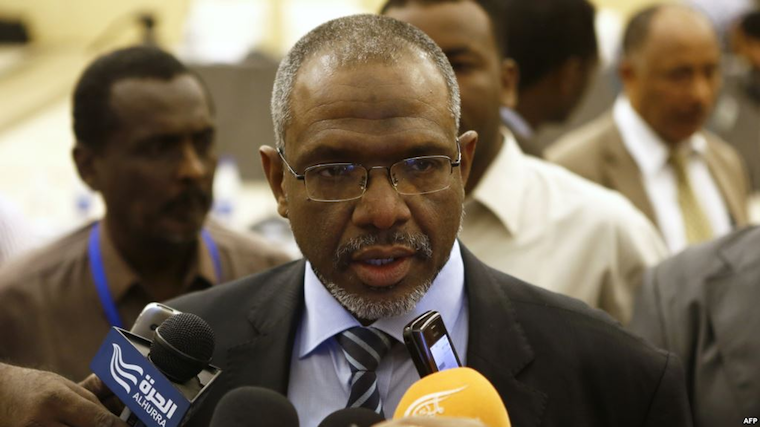 Sudan's prime minister on Saturday appeared to soften the official stance on more than a month of anti-government protests, describing demonstrators' calls for better living conditions as "legitimate."

Students, activists and other protesters have held almost daily demonstrations across Sudan since December 19, calling for an end to economic hardships and mounting a sustained challenge toPresident Omar al-Bashir's three decades in power.

Rights groups say at least 45 people have been killed in the protests, while the government puts the death toll at 30, including two security personnel.

In the latest unrest-related death, a schoolteacher died in detention after being arrested in connection with protests in the east of the country, members of his family said Saturday.

Bashir has shown no sign of being prepared to concede any power and has blamed the protests on foreign agents, challenging his rivals to seek power through the ballot box.

But Prime Minister Moataz Moussa took a softer tone, saying some of the demands of the protesters were legitimate and must be respected.

"There are problems and we are working on solving them," he told reporters, referring to Sudan's economic troubles and lack of services.

"There is a voice that must be heard and must be respected, despite the presence of political parties. There are legitimate demands and demands that must be expressed."

Sudan has been rapidly expanding its money supply in an attempt to finance its budget deficit. But that has caused spiraling inflation and a steep decline in the value of the country's currency on foreign exchange markets.

The 36-year-old teacher reported dead on Saturday had been arrested at his home on Thursday after protests in the town of Khashm al-Qirba, the family members said. They added that security officials had told them he died of poisoning.

He had marks of being beaten on his body, the family said. The man's funeral took place on Saturday. Security officials did not immediately respond to requests for comment.

The Information ministry said on Tuesday that Sudan's intelligence and security chief had ordered the release of all those detained during the protests. However, the next day, security forces detained the daughter of opposition leader Sadiqal-Mahdi, her family said.

Bashir is wanted by the International Criminal Court over charges, which he denies, of masterminding genocide in the Darfur region. He has been lobbying to have Sudan removed from a list of countries, along with Syria, Iran and North Korea, that Washington considers state sponsors of terrorism.

That listing has deterred the influx of investment and financial aid that Sudan was hoping for when the United States lifted sanctions in 2017, economists say.

+1 #1 Odongo Richard Otim 2019-02-03 16:58
The situation in Sudan is simillar to what happened during Arab springs so needs joint efforts involving The President himself not issuing isolated statements no matter by who.

The matter should be handled with curiosty and faith.
Report to administrator
+1 #2 kabayekka 2019-02-03 17:49
Indeed these African protestors have legitimate demands as enshrined in the African Union and the United Nations.

It is unfortunate that these so called international organization cannot protect these humans from a dictatorship that kills them.

One reckons that by making up an example of the East African Community and providing all the E.A Community citizens with the community passports, such African citizens must be protected from such savage African dictatorships.

How come this long serving government is coming out now to declare their determination to work out the problems affecting its citizens?
Report to administrator
+1 #3 kabayekka 2019-02-03 17:54
The best this Sudanese government can do is to resign and call an election or accept a transtional government of two years.

It has run out of steam to modernize the famous Ancient country of the Sudan even if the citizens give it a mandate of 10 or 20 years to work on their problems.
Report to administrator
+1 #4 kabayekka 2019-02-03 17:59
It is unfortunate in World history that these are Ancient African countries that existed in World civilization even when the current South and North American states were nowhere on earth!
Report to administrator
0 #5 Akot 2019-02-03 20:08
Sudanese MUST come out in FULL to block their self proclaimed life time ruler, this will force army/police to either go with him or become people's security forces!

Sudanese MUST not stop until Bashir is forced out in UNITY, so that no other comes after him & rules as he did!

Army/police are National security forces that MUST take no sides with any demon as it's the people who pay them!

Funny, Saudi Arabia...grow wheat in Sudan, then take them to their countries to feed their people!

Sudanese don't even have bread that is their basic food! But of caurse Saudis ensure Bashir gets part of the wheat grown on Sudanese soil!
Report to administrator
0 #6 Akot 2019-02-04 20:28
kabayekka, thanks.

This is why Sudanese must not stop until Al Bashir is sout or they will be worse with him after!

Is EAC not asking demon dictator Musevnei to help put in place its constitution because Ugandans are at peace under the demon? EAC is not aware Museveni is in power since 1986 & has made it clear it's him & no other to rule Uganda!

If Sudanese stop now, it will be them signing their death tickets as the 30 years in power has made demon Al Bashir believe he is the only ruler & should be there till he drops dead!

It's amaizing that Ugandans don't see what goes on in the rest of the world!

UAS-EU that had abandoned Venezuela to Maduro today came out to help, because the people are standing up, even when those in the country are afraid of the monster who has army/police on his side!

USA cut out help to Venezuela, Europe is calling on him to organise another election immediately...!

Once Ugandans MUST force tribal leaders to stand down & they MUST UNITE so that they get thep too, especially as there is no real opposition leadership in the country for 'after Museveni'!

What will Ugandans' UNITY aginst Museveni cost them, if not their LIBERTY to do as they want?

Why do some tribes believe they are 'nations' when they are not, but UNITY will give them chance to be so & no more means for Musevnei to enslave all?
Report to administrator
0 #8 Lakwena 2019-02-05 10:00
Like ours here, Mr. M7, after 30 years in power, what does Omar Al Bashir still want: is it food, shelter and clothing?
Report to administrator
0 #9 Nazim Ibrahim 2019-02-05 14:16
The Sudanese government representatives may be displaying a soft tone, but Al Bashir's military forces are still, to date, using LIVE AMMUNITION against peaceful protesters., they are still unlawfully detaining civilians and torturing them which lead to DEATHS, while most countries who claim to be the beacons of democracy are turning a blind eye!

What a SHAME.
Report to administrator