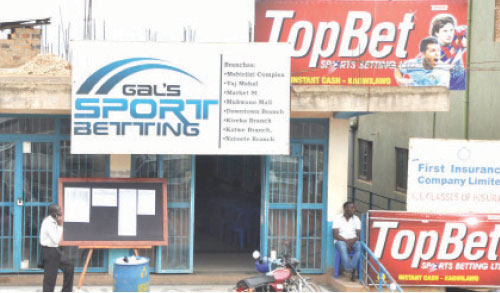 President Yoweri Museveni has directed government to halt renewing or issuing licences to any gaming companies.

According to state minister for Finance David Bahati, there shall be no further issuance licences for gambling and betting companies companies. Bahati was speaking at the closure of the 2019 Brethren Conference of the Diocese of Kigezi over the weekend.

Bahati, who was representing Museveni at the event, said that the president’s directive follows concerns especially from religious leaders that Uganda's youth were wasting their lives and money on betting.

He said, Ugandan youth are trapped in a vicious cycle of betting, staking their little earnings while believing that they might win a jackpot in every stake. He said religious leaders had also complained that online betting has reduced productivity among Uganda's youngsters, sinking families further into poverty.

Bahati said that the government wants to take charge of the industry to endure that Ugandans work their way to prosperity instead of expecting sudden cash, based on speculation and uncertainty.

“Gambling, sports betting and gambling, there is no renewal of the licences of the companies that are operating. No new companies are going to be licensed, that is what the president has said…The president has directed.” said Bahati.

However, the chairperson of National Gaming Board Uganda Manzi Tumubweine said that his office had not yet received an official communication on the pronouncement.

“I can’t comment on what I don’t know. They say they want to ban full betters, I don’t know how they are going to do it. As soon as I get the policy, you can call me and I comment about it. I know it, but I don’t want to comment on it because I have my views about it.” Tumubweine said.

Gambling is legal in Uganda and is regulated under The National Lotteries Act and the Gaming and Pool Betting (Control and Taxation) Act. It mainly includes lotteries, casinos and gaming and pool betting. There are an estimated over 2,000 active gambling and betting operators in the country. 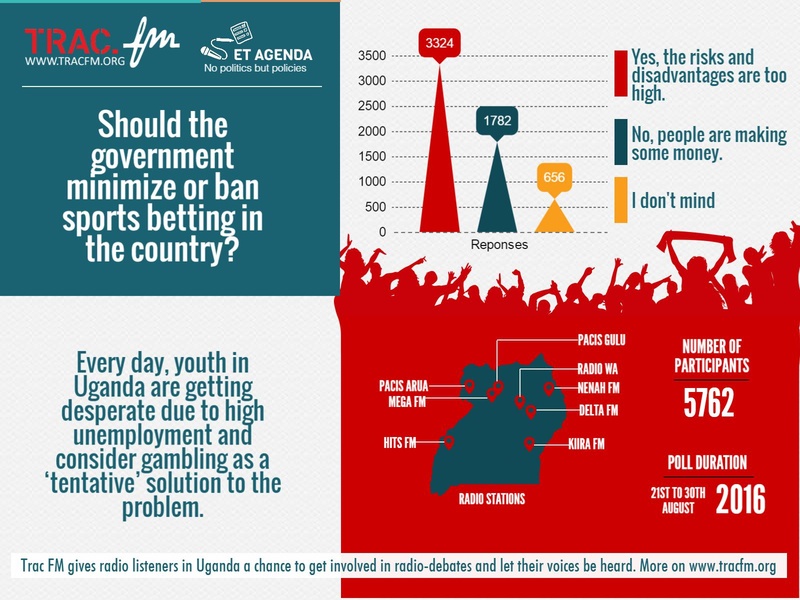 In his message, Museveni hailed the Bishop of Kigezi Diocese, Rt. Rev George Bagamuhunda and the Bishop of Kabale Diocese, Rt Rev Callist Rubaramira for fighting against religious extremism in Kigezi region and promoting education, hygiene, and sanitation through the construction of free gravity flow schemes in in various sub counties in Kabale district among others.

Museveni donated Shs 50 million towards the construction of the Kigezi Diocesan Women house. Other collections for the day included Shs 15 million from minister Bahati, 1,237 bags of cement and Shs 150 million in cash and pledges from parishioners.

The future Ugandans want depends on them & not on Museveni who will do as he pleases as long as he is allowed to rule!

How will Ugandans go on without Museveni but with the tribalistic system on, yet with no common National leadership?

You see gambling is a disease that needs a long time to eradicate. Anyone who thinks he can just "shout at it and it goes out of the window" is deluded; still let's wait and see.
Report to administrator
+3 #15 Denish 2019-01-21 23:12
It's a. good move, gambling centres are just crowded everywhere in one town like GULU for instance there are around 10-15 points, the worst like is that appolo games (casino) must be abolished at once.

If its to remain there should be only one big point and not just everywhere like shops.
Report to administrator
+1 #16 Wanainchi 2019-01-22 03:09
So many times you folks are wrong and M 7 is right.Look at long lines and people crowding to bet.

Do you know how much money is wasted and do you know that betting companies come as far as from Yugoslavia.

They are run by gangsters and criminals who are laundering their money in Uganda and also robbing Ugandans.

Bravo president Toweu Kaguta Museveni. You vital it 100% right as always! Let those mujaye and thugs nag and complain......Bravooooo!!!
Report to administrator
+1 #17 kruck 2019-01-22 09:21
I think it's a good move but this has all happened due to high unemployment rates in Kampala wish the president could put up some projects to help the youth and eradicate betting as well but if not then betting should stay.
Report to administrator
+1 #18 Yoweri Museni 2019-01-22 11:05
C'mon People stop being naive, Do you honestly think the government can fore go over 50 billion Shillings in tax got from these betting houses. hehehehe keep dreaming!!

Am sure they are just looking for an angle to squeeze more money from them.
Report to administrator
12