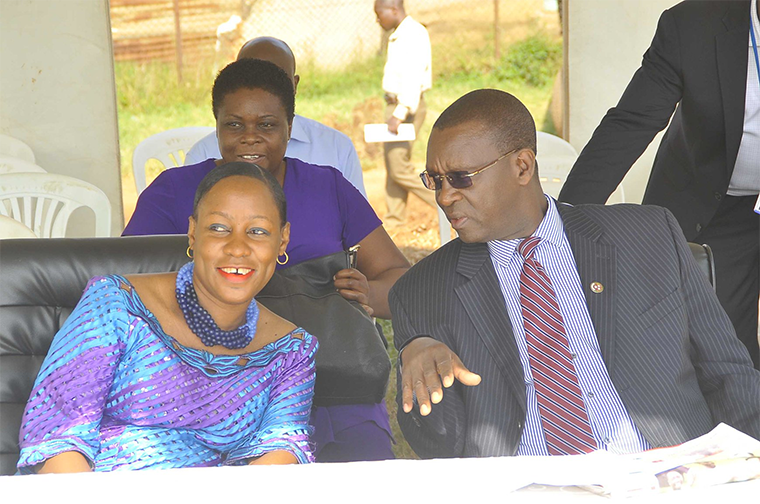 The auditor general, John Muwanga has released a new report revealing that government may never recover Shs 28.4 billion disbursed to youth groups across the country under Youth Livelihood Project (YLP).

The AG found that almost 64 per cent of the sampled youth projects, consisting of 71 per cent value of loans, were non-existent and another 25 per cent had reportedly embezzled the funds.

The Youth Livelihood Program is rolling fund project that targets poor youth across the country is implemented by the ministry of Gender, Labour and Social Development.  A total of Shs 231.2 billion was budgeted for the project in financial year 2013/2014 to financial year 2017/2018.

However only Shs 161.1 billion was released for the program resulting in a shortfall of Shs 70.1 billion.

Despite the underfunding of the program, auditors have also faulted the ministry for the manner in which funds have been (mis)managed. They pointed out that out of the Shs 38.8 billion that was disbursed to 5,505 youth groups in the financial year 2013/2014 and 2014/2015, on average, only 26.7 percent was recovered from the youth countrywide.

"There is high probability that the balance of almost Shs 28.4 billion may never be recovered as almost 64 per cent of the sampled projects, consisting of 71 per cent value of loans were non-existent. Another 25 per cent had reportedly embezzled or diverted the funds," reads part of the summary audit report.

However, auditor general notes that the program registered some improvements between financial years 2015/2016 to 2017/2018. According to the report out of a total amount of Shs 83.3 billion disbursed to 10,444 Youth Groups, there was a noted improvement of recoveries ranging from 24 per cent in financial year 2015/2016 to 60 per cent in 2017/2018 which is still below satisfactory performance.

Meanwhile, out of Shs 18.1 billion recovered from the groups at the time of audit, Shs 16.1 billion had been transferred to the Revolving Fund in Bank of Uganda.

Besides, only Shs 8 billion had been revolved to the groups and the auditor general says that delay in revolving funds to other eligible groups undermines the ultimate goal of the program.

I agree. Parliament approves government budget and they must have back their responsibility for accountability for the same.
Report to administrator
+1 #3 kabayekka 2019-01-05 04:48
If 231 billion was government revenue for the youth, then that is about 350 billion shillings of tax money collected by the government.

To have a last sum of money of about 8 billion as revolving funds for other eligible groups is money badly spent on this project. The remaining sum of 342 billion shillings is clearly stuck somewhere else.
Report to administrator
+1 #4 kabayekka 2019-01-05 04:52
The youth of these hard economic days must realize that giving money to them another arm is taking it away from them very quickly without them able to save any of it.
Report to administrator