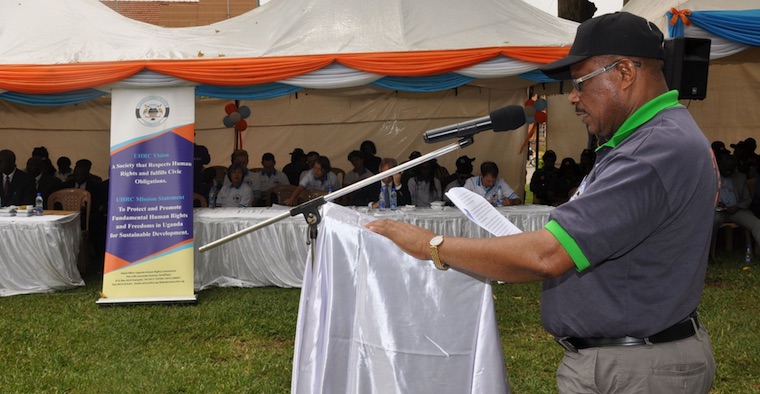 Human rights organizations have called upon government to do more to protect them from attacks so they can fulfill their mandate.

At the event held at Silver Springs hotel, Bugolobi and sponsored by the Kingdom of Norway; one of the world’s largest human rights protectors and defenders, Defenders of Human Rights Defenders, released a report that detailed attacks that have been meted out on human rights organizations, media houses like The Observer and other nongovernmental organizations such as Action Aid International among others.

The report compiled by private investigators and Makerere University researcher Mwambusya Ndebesa, notes that the attacks resulted into loss of valuable items, freezing of funds and also the death of a security guard.

Prossy Babirye, the acting executive director of Defenders of Human Rights Defenders said after doing all what was possible to cooperate with police; their efforts resulted into nothing towards investigating these attacks.

“We decided to carry out private investigations to establish the cause of these attacks. This started early this year in April and the report is out giving a broader perspective of the causes effect and way forward. These break-ins targeted information hubs and documents. The question we asked ourselves was; why specifically target such items?” Babirye said.

Meddie Kaggwa, the chairperson of Uganda Human Rights Commission said Ugandans must celebrate the UDHR because it spells out the rights that can never be revoked under any circumstances.

He said although Uganda has tried to live to the three main objectives of the UDHR that are; to promote, engage and defend human rights for all, a lot still needs to be done.

“Journalists’ rights are still violated we also have a challenge of some of the domestic laws that are inconsistent with the realization of these universal rights,” Kaggwa said.

He added that in a bid to right this, Uganda Human Rights Commission has engaged parliament and other state organizations like courts that have outlawed some provisions that are inconsistent with the UDHR. He also pointed out the enactment of Anti-torture Act as another milestone.

For his part, Robert Kotchani the head of office of the United Nations High Commissioner for Human Rights said human rights defenders through their activities help to protect and realize human rights on behalf of the UN.

Through carrying out their activities, Kotchani said human rights defenders have faced a lot of challenges from government bodies but assured them of the continued support from the UN to try and limit the impact through engagements with governments.

“This report is a good check and balance on police but ours will also come out very soon,” Mushemerirwe said.

He also denied allegations that break-ins target only civil society organizations arguing instead that there has been general security lapses across the country that has resulted into criminal attacks on individuals, companies and organizations.

0 #1 kabayekka 2018-12-12 03:25
UDHR must start to defend and protect the financial situation of the people under governments which violet human rights in these countries.

Why one wants to ask, should the people pay up the debts such governments build up and afterwards leave for the people to pay up?
Report to administrator