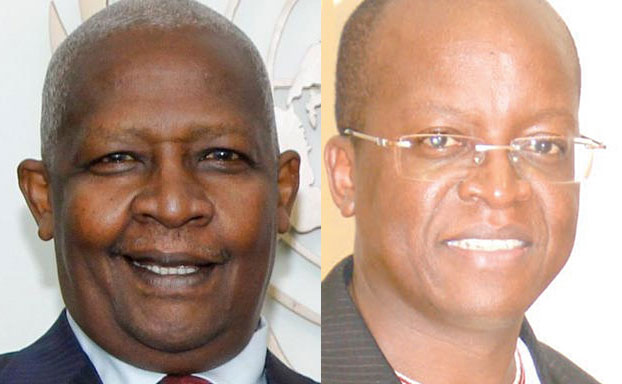 Last  week on  day two of Chi Ping Patrick Ho’s trial for allegedly bribing Chad’s President Idriss Deby $2 million in cash stuffed in gift boxes to get oil blocks rights and for bribing President Yoweri Museveni and his Foreign minister Sam Kutesa $500,000 each, jurors were shown Kutesa’s and another Ugandan aide’s photos on a courtroom projector.

Testifying  was Vuk Jeremic, former foreign minister of Serbia and a former President of the United Nations General Assembly (PGA). He served in 2012 and  was succeeded by the late John Ashe; Kutesa assumed the post after Ashe.

The USA alleges that Kutesa’s 500,000 was wired from a New York-based bank to an account in Uganda for a fake charity, adding money laundering to the bribe charges against Ho. Gen. Museveni’s alleged $500,000, in cash, was wrapped in gift boxes Mafia-style and delivered by Ho to Uganda when President Museveni invited him to his 2016 swearing in.

Ho allegedly paid the bribes to illegally secure lucrative rights in the oil industry in Chad on behalf of giant energy conglomerate CEFC China Energy Co., a private Shanghai-based company. In Uganda, in addition to oil and infrastructure, CEFC was to build a tourism theme park near Lake Victoria on land allocated by Gen. Museveni and to acquire a financial institution named Crane Bank. CEFC also was to create joint venture enterprises with Museveni’s and Kutesa’s families, the USA alleges.

Jeremic testified that after his term expired as PGA he signed a consultancy agreement with CEFC and was paid $333,333 annually to help connect the oil giant, through Ho, to people like Deby and Kutesa. In court today Jeremic was shown photos of Kutesa and the Ugandan’s chief of staff when he was PGA, Arthur Kafeero, on a huge courtroom screen. He identified the two men’s photos and spelled out their names before jurors.

Prosecutors asked Jeremic to provide details about numerous e-mail messages he exchanged with Ho, discussing business ventures. Many of the ventures were on behalf of CEFC although some e-mail messages discussed deals where Ho and Jeremic would bypass CEFC and share the commission 50-50.

Jeremic testified that he helped CEFC secure major business deals in Asia, Europe and the Middle East. President Deby’s name and Kutesa’s started appearing in e-mail messages exchanged between Ho and Jeremic in September 2014. At the time, Kutesa, already involved in scores of corruption scandals, had just assumed his post as PGA after surviving an online petition campaign signed by 15,695 people seeking to block him from taking the post.

In one of the e-mail messages Ho informed Jeremic that CEFC was eager to enter the oil industry in Chad and needed “endorsement of the chief,” referring to Deby. Jeremic informed Ho that he didn’t personally know Deby but testified that he reached out to Cheikh Tidiane Gaido, Senegal’s former foreign minister who was well connected to several African presidents.

Gaido originally was arrested with Ho in December 2017 and charged with accepting $400,000 in bribe money to arrange the connection to Deby. The USA has since dropped charges against Gaido and he will testify against Ho.

Efforts to talk to the Foreign Affairs minister were futile as his phone went unanswered.

Mr. Kutesa is no stranger to corruption. Records have facts that he made tons of money in secret ownership of Entebbe Airport Handling Services (while deliberate misinformation said it was owned by a foreigner), before he dumped EHS to some Mid-East entity, and not before he re-entrenched dozens of voiceless workers.

As for Despot-for-32-Years, no wonder he'd seek $500,000 in bribe (if true) -- even while sitting on $14b (as of 2014, records show) in offshore accounts in The Bahamas, Singapore, Sri Lanka, The Cayman Islands and elsewhere he's still haunted by the poverty he experienced as a child.

The solution is to have both men in handcuffs and carted off to prison from where they can live while stating their case for exoneration (if the allegations are untrue, which would be a contradiction given Despot-for-32-Years history and that of his buddy Mr. Kutesa).
Report to administrator
+6 #12 Lysol 2018-12-06 00:24
The West is slowly building many cases against Museveni's corrupt regime. Soon they will get to him.
Report to administrator
+2 #13 kabayekka 2018-12-06 00:33
Of recent, the country of North America and President Museveni declared the International Criminal Court a non entity.

This is a High Court concerned with the killing of people in this world and America has refused to join it as a member.

What sort of an International Court is that in America that is attentively listening to the dodgy exchange of money under the table for the rich and powerful.

Exactly what benefit will the poor people of Uganda get from all this show-off of the flow of millions of dollars in a capitalist financial system?
Report to administrator
+3 #14 Lakwena 2018-12-06 08:47
Quoting sn:

Basically it means, Sudhir was robbed of his bank.

Poor rich sudhir, bambi. Any way that is Uganda were even the first man laments of corruption by him and himself.

Maybe it was not his bank after all and the owners had to use any means possible to get the bank out of his hands.

Sn, where have you been?

You are on the money. The sudden wealth of some if not, most of the current properties Mogul Ugandans of Indian origin, especially Sudhir, Karim Hirji and Mukwano are highly questionable (dubious).

In other words, in cahoot with these shrewd Indians our unpatriotic power that be, must have been laundering our tax money.
Report to administrator
0 #15 Baingana Daniel 2018-12-06 09:39
Quoting Robert Atuhairwe:

No! He must have played on the minds of his clients to feather his own nest

Are the Chinese not in Uganda doing ALL the Infrastructure!
Report to administrator
+4 #16 M 2018-12-06 09:43
Stealing or corruption?:
The most crazy thing about this country is that we forget so fast. This counrty has many many mistries which are clearly open theft ignored by citizens after getting dots of the same stolen money:

1.Uganda population has been growing so rapidly( how; by birth or migration?)

2.Magnificient building by Government officials:What business are they in and how much is their salaries?

3. Emergency of city tycoons(where is the source of their wealth?)

4.Insecurity in the country by some goons( who are these goons?

5.The army in charge of critical operations ,like NAADS, How on earth are these great men in uniform more conversant with agricultural development concept, with their actual head beeing a novice in complex matters.

The case of the corruption is not news rather it is the normal Dog has beaten man headline.
Report to administrator
+3 #17 Isaac Musinguzi 2018-12-06 11:35
In this hurly-burly of corruption involving Kuteesa and his accomplices, I blame the UN for allowing a corrupt person to assume the post of PGA yet there was an online petition campaign signed by 15,695 people seeking to block him from taking the post.

I blame the UN for condoning corruption of these mafia who have made corruption to thrive in Uganda to the extent that they feel confident to fearlessly export it.
Report to administrator
0 #18 Lakwena 2018-12-07 11:31
Quoting Isaac Musinguzi:

In this hurly-burly of corruption involving Kuteesa and his accomplices, I blame the UN for allowing a corrupt person to assume the post of PGA yet there was an online petition campaign signed by 15,695 people seeking to block him from taking the post.

I blame the UN for condoning corruption of these mafia who have made corruption to thrive in Uganda to the extent that they feel confident to fearlessly export it.

Isaac, including fomenting armed conflict (arms trafficking in 3rd world countries, the UN is an evil institution, which prices functional conflict, to guarantee its relevance.

Otherwise, if the UN had lived up to its international mandate (world peace); it should have closed shop at he end of 20th Centuary.
Report to administrator
-1 #19 Treva 2018-12-08 16:07
So what are they going to do? Arrest Kutesa? For what? Who will arrest? The FBI? Does it have jurisdiction over alleged bribes received in Uganda? Was it American money that the Chinese man used? Do they have evidence of the box full of dollars?

Actually, what is the case? It is against the Chinese man for engaging in corrupt practices on Americsn soil.

The intention of involving these other big names is to spoil the reputation of the Ugandan and Chadian regimes, as a warning to both.

Things can get very ugly if they continue on as they have been doing.

Both countries have oil. Everyone knows that all oil in the world belongs to the U.S. So the U.S. is unhappy that these two minor countries are openly flirting with China and neglecting their American godfathers.

The best thing is to heed the warning and start giving contracts to American companies.
Report to administrator
+2 #20 Steven234 2018-12-10 20:29
[quote name="Treva"]So what are they going to do? Arrest Kutesa? For what? Who will arrest? The FBI? Does it have jurisdiction over alleged bribes received in Uganda? Was it American money that the Chinese man used? Do they have evidence of the box full of dollars?

You obviously do not understand the reach and influence of USA. They can get you anytime and anywhere they want. Remember Noriega of Panama?

How about El Chapo of Mexico, Sadam, Gadafi. USA operates on the premise that if you commit a crime using any person, system or entity directly or indirectly connected to America in anyway imagineable, you automatically put yourself in their jusirdiction and they do not care if you agree or not.

So lets say you give me a bribe in a village in Masaka but you wired the money through Crane Bank K'La rd which has an account also in New York, if you are important enough , Americans will look for you...and they dont care if you were in a village in Africa.
Report to administrator
12