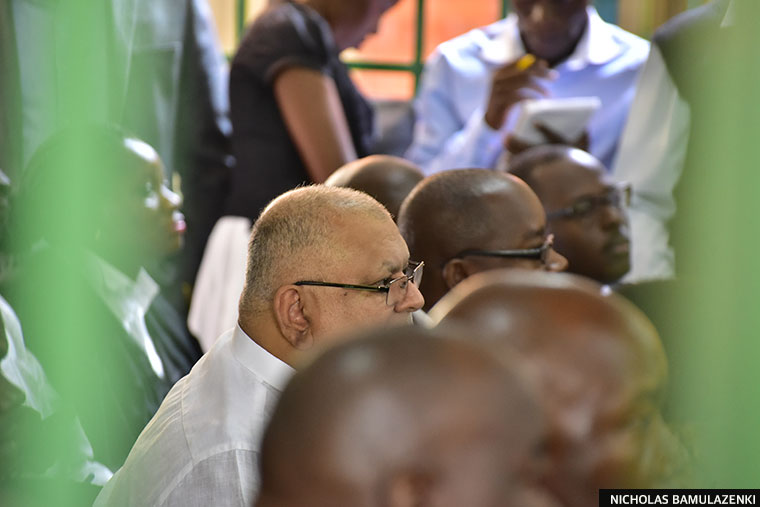 The Commercial court has pushed to next year the hearing of pending applications in the case between Bank of Uganda (BOU) and city property mogul Sudhir Ruparelia over sale of Crane bank to Dfcu bank.

The head of the Commercial court, Justice David Wangutusi deferred the hearing of three applications to January 21, 2019 because Bank of Uganda informed court that they are currently appearing before the parliamentary committee on Commissions, Statutory Authorities and State Enterprises (Cosase) to answer queries raised in auditor general's report on closed banks.

The court had set today for hearing of three pending applications. They include Bank of Uganda's two applications in which it is seeking to amend its pleadings and that in which the central bank wants to be allowed extension of time to file its defence to counter the lawsuit filed against it by Ruparelia.

The third application which was supposed to be heard was filed by Ruparelia, demanding dismissal of Bank of Uganda pleadings. The central bank sued Ruparelia and his Meera Investments Company mid last year, for allegedly fleecing Crane bank of Shs 397 billion in fraudulent transactions and transfers.

Crane bank was taken over by the central bank on October 20, 2016 and later sold to Dfcu bank in 2017. Ruparelia has denied the fraud accusations and instead counter-sued the central bank, seeking compensation of about Shs 28 billion in damages for breach of contract between him and BOU.

We have so many cases lying on file in this country and we have never heard any fiery word from Minister Otaafire regarding the same.

He is either incompetent or he is in the wrong ministry. It is also a high time an alternative form of justice that works for Uganda be instituted rather than sticking to the old British system that doesn't bear any fruit for us.

How many criminals, ministers, army officers and foreigners included get away scot free under this godforsaken
fallacy?
Report to administrator