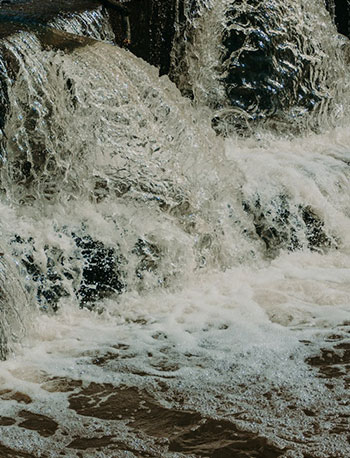 Two dead bodies have been retrieved from a trench in Masese I village, Jinja Municipality after being reportedly swept away by flash floods on Saturday. Following Saturday night's heavy downpour, several parts of Jinja became flooded and some roads impassable.

One of the deceased has been identified as 21-year-old, Blessing Ainebyona, a resident of Masese III village, whereas the identity of the other is not yet known. It is reported that the deceased persons were riding from Queen's Palace bar to Danida village on a taxi motorcycle (boda boda), registration number UED 325 when they were washed away.

Meddie Kalule, the owner of the boda boda said that the road was covered in water, making it hard for him to sail through with two passengers on board. He says that the two passengers were taken away by the water into a trench while he held himself onto a nearby plant.

Hassan Matege a local leader in Walukuba, Masese Division says the spot has become a problem area, often flooding and impassable whenever it rains. He says that the trench needs to be opened up to allow proper flow of water to the Lake. Veron Namutti, a resident in the area says that the spot is prone to accidents during rainy seasons.