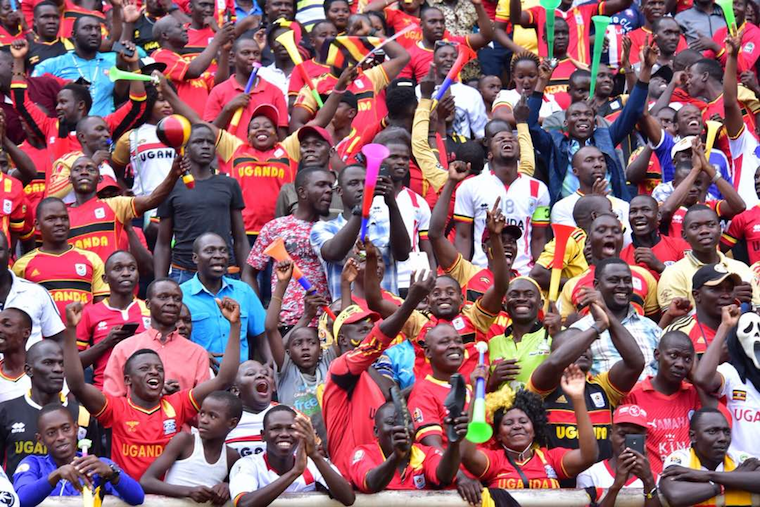 Uganda Cranes have qualified for the 32nd edition of the African Cup of Nations slated to take place next year in Cameroon.

The Cranes qualified after beating Cape Verde 1-0 at Namboole stadium in a nervy match that could have gone either way. The first half ended goalless with the Cranes having an upper hand in terms of possession and chances, but in the second half, Cape Verde came with determination and created panic within the Cranes defence.

The Cranes needed a draw to qualify but secured all three points thanks to Patrick Kaddu strike in the 78th minute just moments after  the ball was cleared off the line after Cranes goalkeeper had been beaten. It was wild celebrations for the fans and Cranes players after the the final whistle.

The Cranes now have 13 points from five games before they battle Tanzania in the last qualifier match in March next year.

Farouk Miya and Isaac Muleme had chances to put the hosts ahead early in the first half, but the Cape Verde goalkeeper Thiery Graca was up to the task. Jorge Semedo also had his close range shot saved by Ugandan goalkeeper Denis Onyango after 40 minutes.

In the second half the visiting Cape Verde team went all out to try and score. After 75 minutes Uganda Cranes were lucky when Heldon Ramos' goal bound shot was cleared for a corner by Murushid Juuko. Ramos had rounded Uganda's goalkeeper Onyango.

"I thank God that I scored the only goal that takes Uganda through to AFCON," said striker Kaddu who features for KCCA FC in the Uganda Premier League.

Last year Uganda qualified for the AFCON after 39 years of waiting and now this is a second straight qualification.

Thanks to Magogo, Janet M7 and many others.
Report to administrator
-2 #4 Wainanchi 2018-11-19 02:06
Observer.Why are you censoring my message of congratulations? Are you not happy with Cranes success?

Myself and millions of Ugandans are and look at Uganda haters..one saying I do not care!!

And he and few others attack Uganda and our president every,every day Shame on you Observer! Uganda Cranes Oyee,Oyee!!
Report to administrator
0 #5 WADADA rogers 2018-11-19 13:51
It was a good performance, thanks to the boys.

However, the million dollar question is how far can we go, we many end up escorting East Africans to the game and come out in the first round
Report to administrator