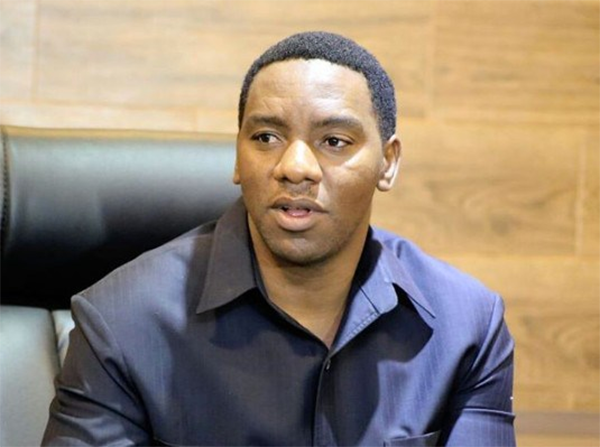 Nearly a week after a local administrator called for a crackdown on gay people living in Dar es Salaam, Tanzania’s biggest city, the government is distancing itself from his remarks.

Paul Makonda, a regional commissioner in Dar es Salaam, asked the public to send him the names of anyone suspected of being gay so a task force could track them down and arrest them. Hundreds of names have been submitted so far, according to Makonda.

In a statement published Sunday in Swahili on the ministry of Foreign Affairs and East African Cooperation’s website, the government said Makonda’s call is only his opinion and not reflective of the country’s official stance.

In the statement, the ministry of Foreign Affairs also said the government would “continue to respect all international agreements on human rights that have been signed and ratified.”

But it fell short of condemning Makonda’s remarks or addressing whether the arrests, planned to begin Monday, would be halted.

Human rights groups have denounced Makonda’s call, which has left gay communities in Dar es Salaam, and beyond, fearful of their safety.

“We’ve been in touch with LGBTI activists in Tanzania, and it is a total state of fear,” Seif Magango, Amnesty International’s deputy director for East Africa, told VOA.

Tanzania is one of 35 countries in Africa that outlaws homosexuality, according Amnesty International U.K. In Mauritania, Sudan, and parts of northern Nigeria and southern Somalia, homosexuality is punishable by death.

The U.S. Embassy in Dar es Salaam issued a security alert Saturday for Americans living in the city and cautioned that they “remove or protect images and language that may run afoul of Tanzanian laws regarding homosexual practices and explicit sexual activity.”

Speaking to VOA’s Swahili service after his remarks, Makonda stood by his remarks and reiterated that homosexuality is illegal and punishable by up to 30 years in jail.

But he said the intention wasn’t to punish people with jail time, but rather to help them with counselling. “We have a team of doctors and psychologists to help them to change,” Makonda said.

That’s done little to assuage fears. Magango said the commissioner’s call could stoke vigilante justice, endangering people even if the government doesn’t go through with its arrest plans.

“By making such inflammatory remarks, politicians are giving a carte blanche to people to pursue vendettas to go against people who are suspected of being gay people and LGBTI,” Magango said.

“We will stand with them. We would advocate for their rights. Basically, we wish them all the best and to organize and to stand up and ensure that they have each other’s backs,” Magango said. “Because if this onslaught is not against one of them, then it’s against the whole community of people who have no one and just want to live their lives and pursue their lives in peace.”