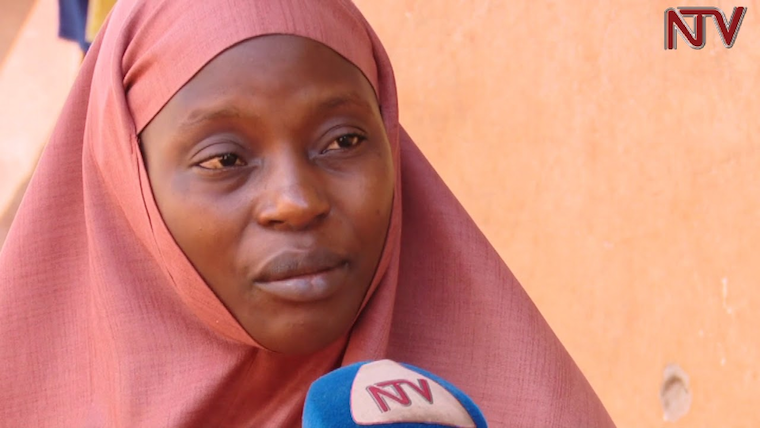 Details have emerged on how state operatives used and tricked Sheikh Abubaker Kalule's wife to track down his movements and dramatically arrest him, mafia style. Sheikh Kalule, the Imam of the Tabliq mosque in Kasubi-Kawaala, a Kampala suburb was arrested from near his home in Kawaala at 9:00pm on Wednesday.
Kalule's wife Faridah Nakintu says that the operation to arrest her husband could have started at around 4pm when she received a phone call from her friend Zainabu Nakajja who was reportedly sick and held up in a clinic.
But on her way to the clinic, she was surrounded by unknown plain-clothed personnel who forced her into boarding their vehicle. To her surprise, the friend who feigned sickness earlier was in the same car. Nakintu recalls seeing several guns and other weapons in that car.

According to Nakintu, the detectives who had now been joined by the officer-in-charge of Kawaala station parked their vehicle, a taxi whose registration number she did not record, a few metres from the mosque. But the officer-in-charge of Kawaala police post reportedly told them that they were likely to meet resistance if they tried to arrest anyone from around that mosque.

This is when they started tracking Kalule's movements. However, Nakintu says she was cautioned that she would be detained if they lost track of him. Kalule was later grabbed and dragged into waiting the taxi and driven to Kawaala police station.

Nakintu says that she was told that the husband was being taken to the Criminal Investigations Department and that he would return home as soon as they are through with his issues. But, according to Nakintu, the family has since failed to trace him.

Kalule's mother Saudah Nakamanya said the circumstances under which Kalule was arrested are shocking and surprising. The deputy spokesperson of Uganda People's Defence Forces Lt Col Deo Akiiki said that Kalule is currently being held at Special Investigations Unit in Kireka and that he is under investigations on matters prejudicial to national security.

Meanwhile, locals from Kawaala said that Kalule could have been arrested in relation to the death of former Buyende district police commander Muhammad Kirumira who was gunned down on September 8 in Bulenga.

The locals say that one suspect, Abdu Kateregga who was recently shot dead in Namungoona over the murder used to pray from the same mosque where Kalule is the Imam. They allege that after Kateregga's shooting, Kalule was captured on television defending his innocence.

The arrest of Shekh Kalule comes just after a few days when Democratic Party's Yusuf Kawooya was also arrested in similar style from the streets of Kampala near Christ the King Church. Kawooya was brutally arrested by armed plain-clothed men, hit with gun butts in the ribs before being dragged into a waiting taxi with fake number plates.

E.g., even Mr. M7's lame caution to his ruthless henchmen on rampage grabbing innocent Ugandan Muslims and Catholics on the street; he casually says it without any human feeling.

It has never crossed Wainanchi or Mr. M7's mind, of someone: poking his son's or his old ribs with the barrel of an assault riffle, aiming and repeated striking and hitting his kidney and/or pelvis with the butt of an AK47.

In other words, should Ugandans wait until this kind of atrocity, terror, torture and disappearance starts visiting every household and happening to every Ugandan?
Report to administrator
+4 #14 Douglas 2018-10-29 11:16
It seems the government want to root out or whipe out all moslems in Uganda, according to what we see rite from the fight that took place few years back at old Kampala mosque the tabliques,
Wake up moslems otherwise u will be finished
Report to administrator
+1 #15 Fuller 2018-10-29 17:37
Some people may see this as a Moslem issue -- I don't.

State-sponsored terrorism, which has been subtle for the last 32 years, has now bubbled to the top.

What is the answer: Whoever you are, wherever you are and have a heart for Uganda -- whether Ugandan or not -- do something that will quickly lead to the expedited sunset out of office of the brutal Uganda despot.

Terrorists -- and what else can you call them? -- protected with a potpourri of security agency names, some with IDs some without IDs, are on government payroll roaming Kampala and all over the country.

This is not a social-media issue or a discussion issue. It's is a deadly issue of deadly proportions.

Now in my plain English I am telling you all muyaye BITEEE THE BULLET YOU CIESHIT!! Come forward and attack us!! Do not hide in France, England, America,Australia, New Zealand, Germany and www and write your shitty comments.

Be true to your words and come forward and bite the bullet.!!! Congratulations president Museveni for your new directives to protect Uganda and it's innocent a,living, friendly ,free and good people of Uganda.

Ugandan people are happy and good people and enjoyed all peace and freedoms until dogs like Kizza Besyge, Bobi Dingo Wine and compatriots and their financiers from European Union and Mr Soros that nasty man from Hungary got involved.
Report to administrator
0 #17 Wainanchi 2018-10-29 23:34
Laws and boundaries must be observed in all countries Riots are not welcome and in most cases unnecessary

We saw what happened in Lybia,Iraq,and most recently in Syria. Especially in Syria many good people lost their lives because of foreign interference.In Yemen we see this crazy Saudy Prince Salman BMS ,how they call him,butchering in pieces innocent journalists,killing millions of Yemeni people fighting everyone He is crazy and should go.

Please coritectvus against weavils,and foreign spies and terrorists who are killing innocent Ugandans in their homes and sleep.

Please arrest them, show to Ugandans and hang them so that all Uganda can see justice done.

Thank you for ordering security people to shoot those terrorists on spot since enough is enough! They are cowardly shooting and butchering innocent Ugandans

We seek blood for blood for slain Abiriga,Kirumira and many others .WE WANT JUSTICE AND PEACE IN UGANDA!!
Report to administrator
0 #19 Lakwena 2018-10-30 10:43
Quoting Wainanchi:

We seek blood for blood for slain Abiriga,Kirumira and many others .WE WANT JUSTICE AND PEACE IN UGANDA!!

But Wainanchi, you and Mr. M7 are the terrorists and fathers of weevils in the flesh of Ugandans. You came to State House thru terrorism, bank robbery and continue to suck our blood thru corruption.

Besides, you are the ones who killed Abiriga, Yasin Kawuma and Kirumira, but blame it on non-existing culprits.
Report to administrator
12