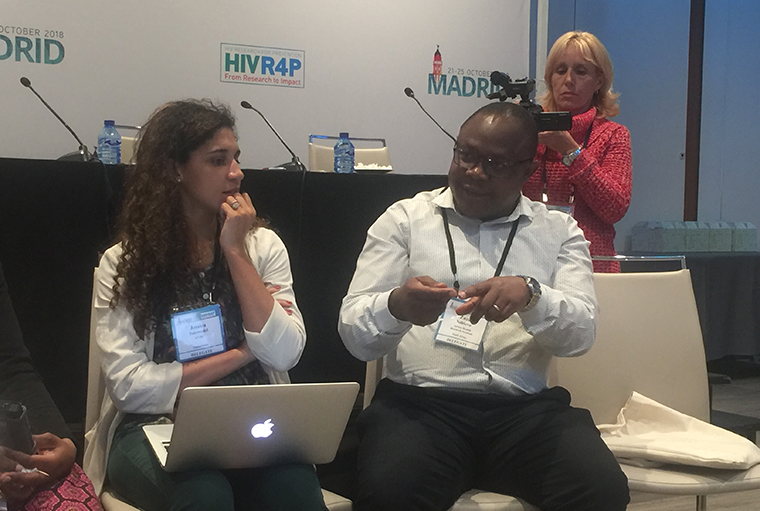 The ability of the HIV virus to mutate all the time is proving to be the most outstanding stumbling block for scientists to get the much-awaited HIV cure, researcher Dr Zaza Ndhlovu, Africa Health Research Institute, South Africa has said.

Ndhlovu said this unique aspect of the virus, where it can even go into 'sleeping mode', different from other viruses, is reason why even the body’s natural immune system is unable to see the infection to fight it off like it does with other diseases.

He said researchers are studying ways on how to re-awaken the sleeping HIV in patient cells to eliminate the virus, but there are fears that waking up the HIV cells in the body can cause other health concerns such as cancer among the infected people.

“I advised researchers to look for a formula that wakes up only cells that need to wake up to avoid causing other problems like cancer,” he said at the HIV Research for Prevention (HIVR4P) conference in Madrid, Spain this week.

He added that in order to cure HIV, drugs need to kill all the cells in the body which is nearly impossible since the virus hides in some parts of the body where drug regiments can’t reach.

“There are some parts in the body where other cells are not allowed to go because they don’t have the right key to enter there. HIV cure drugs are also failing because the HIV virus attacks the CD4 count first and kills cells yet it's cells that help other cells to work better and make anti-bodies,” he said.

“But when the CD4 count are killed first and leave body without guards, it makes it easy for opportunistic diseases to attack people and they die. It is very difficult to cure HIV, because it means all the viruses in your body can be eliminated which is impossible,” Ndhlovu added.

More than 35 million people have died of HIV-related illnesses, and another 37 million people are now living with HIV worldwide. Dr Fauci Anthony, director of the National Institute of Allergy and Infectious Diseases, United States said getting the HIV cure is still is far from certain and there are no guarantees that a cure will ever be got.

“Every time I predict to get the cure, I end up being wrong. But the current prevention methods that are explored should be properly implemented,” he said.

“We don't know the date a preventive HIV vaccine will be fully developed. It is impossible to predict the speed of scientific progress. Perhaps it will take many years but may be tomorrow in one of the hundreds of labs working on this issue a brilliant and different idea will be the germ of a successful vaccine,” he said.

He recommended people to continue protecting themselves from infection by using condoms, pre-exposure prophylaxis (PrEP) among others.

+3 #1 WADADA rogers 2018-10-26 17:27
HIV did not come from heaven on hell and fell on earth, it was created by some white guy somewhere on the advise of another white man to control the population.

So far, they have been lucky but it appears the disease that is said not to kill is reducing the African Population at a break neck speed.

Since the emergence of HIV, many pharmaceutical industries have made a lot of money as a way of exploiting the developing countries even further.

That not withstanding, the cure will only be determined by the creators of the virus. All scientists that have attempted to discover the cure have been frustrated, look out for Uganda's Mariandina
Report to administrator
+1 #2 juwait kali 2018-10-27 15:32
True Mr Wadada but this is not different from bududa,Malaria, or road accidents.

It's been too long by now we would have created our own pharmaceuticals. African Governments are not paying attention to finding a solution.

Scientific experiments have caused so much damage to people & they prefer ignoring them!

Scientists have failed to protect the world against hiv, cancer..., yet they always ask for more donations for rechearch!

How can any human affected with hiv that has no cure, even think of sex with healthy partner?

Billions is spent to treat cancer patients, victims of tobacco, but we are free to smoke, poison our own children!

Remember how we fought on this forum so that developed world don't use Uganda to experiment GMO that has been rejected by Europeans, yet they said it's good for Africa?

Mothers living near farms in France gave birth to babies with 1 arm & today, fighers are pointing at use of insecticides in farms as the cause! French Parliament has banned use of these insecticides!

But they will sell them to Africa as we have no leaders & are uninformed!

But then, Africans have not woken up to be actors: make their ignorant leaders have the education & qualifications for the job!
Report to administrator
0 #5 Kiran 2018-10-28 11:04
At last scientists agreed their failure to cure HIV/AIDS. Now the question is whether they should be provided funding for HIV research without enquiring in to their research plan?

Only brilliant ideas/research plan may be provided with funding to avoid misuse of resources.
Report to administrator
0 #6 juwait kali 2018-10-28 12:07
I think you're too late akot, in the past maybe still France has sold poison soil or fertiliser if you like I have forgotten the country I think it was Senegal or ivory Coast.

The problem god didn't give us Africans common sense. There's nothing we can do. Everything we have to learn.
Report to administrator
0 #7 Akot 2018-10-28 18:22
Whether it's hiv, cancer...all we see is scientists asking for more money for recherche while ignoring their own findings as to how these illnesses came.

Why have we accepted these illnesses as part of life & money making causes?

Have scientists, besides asking for more donations, asked governments to fight tobacco-drugs-abuse of alcohol?

Thousands of children's lungs are full of tobacco & these are always sick, but not even parents are worried!

Can scientists tell us why even in health centers, people smoke tobacco freely?

Why do those who contract cancer through tobacco-abuse of alcohol-use of drugs, have free healthcare?

How do we help chidlren not to poison themselves when it's parents poisoning them even before birth, at home?...
Report to administrator
0 #8 Akot 2018-10-28 18:24
...What is being done, now that WHO finally knows tobacco is 1 big contributor to cancer, air pollution & climant change?

Why do parents pollute homes even knowing this is dangerous to their own children?

Rights rights rights...of adults, but where are rights of babies-children-non smokers who want to breath clean air free from pollution?

Why do hiv inffected want to have sex with those not inffected?

Normal people with cold always abstain from kissisng/embrassing others to avoide transmission, right?

Is cold more dangerous than hiv?
Report to administrator
+1 #9 Kiran 2018-10-28 20:48
Can HIV patients be given drug that causes dysentery and vomiting under close supervision so as to flush out HIV virus from the body and eliminate side effects of ART drugs as well with an attempt to find permanent HIV cure?
Report to administrator
0 #10 Steve 2018-10-29 12:55
You headline is ridiculous.
It says a cure is a long way off.
Then at the end of the article an expert says a cure could be found tomorrow.
Give it some thought and balance.

Are you trying to demotivate the hiv population??
Itresponsible
Report to administrator