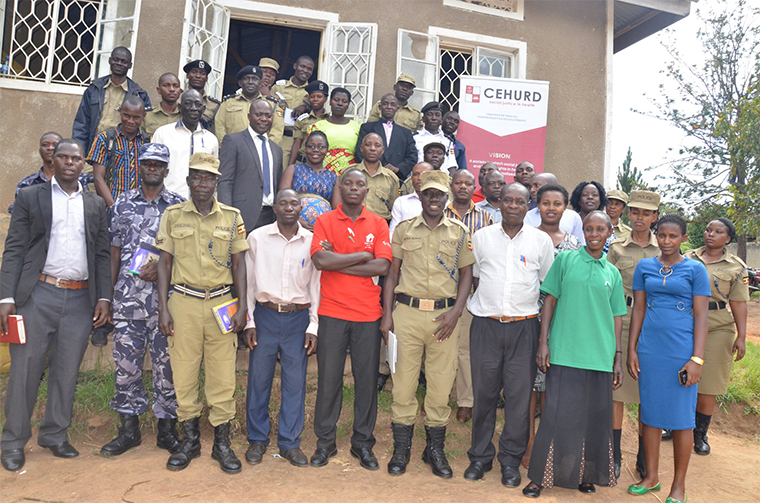 One Margaret, 26, is among many Ugandan women who are at risk of suffering severe complications arising from unsafe abortion.

Margaret, a resident of Kazo Angola zone in Kampala, recently told The Observer that she almost died while terminating her pregnancy using local herbs. She was forced to come to Kawempe General hospital for proper care.

The mother of one says her second pregnancy came about after being raped late one night as she returned home from work. So, she decided to carry out an abortion.

“I’m a hairdresser and over the weekend we get a lot of customers which my boss insists we complete. She doesn’t care about the time we leave the salon,” Margaret says.

“On that fateful day, I left very late. As I was almost approaching home, I landed into the gang of men who raped me and grabbed all my property.”

Margaret says, the following day, she went to a clinic where she was tested for HIV and given post-exposure prophylaxis (PEP) drugs to prevent infection.

“After missing my periods for two months, I confirmed that I was pregnant. I didn’t have Shs 150,000 to pay to the hospital to do an abortion. My friend advised me to use local herbs which were very cheap; around Shs 10,000.”

Margaret says after using the herbs she suffered bleeding for three days and a lot of pain in the stomach, headache and loss of appetite.

“I was forced to borrow money and came to Kawempe hospital for medical assistance. But to get quick services here, you have to bribe doctors and nurses,” Margaret says.

She paid a bribe of nearly Shs 100,000 to get doctors clean her womb which saved her life.

Although Ugandan laws allow abortion to save a woman’s life in cases of rape and HIV-positive women, however safe and legal abortion is still difficult to obtain due to stigma, cultural norms, religion and poor access to health care.

“As a result, many women resort to unsafe abortion which accounts for more than 10 per cent of all maternal deaths in Uganda. An estimated 314,300 abortions occurred in Uganda in 2013 among all age groups and more than 93,000 women were hospitalised for complications from unsafe abortion,” says Justine Bukenya, a lecturer and researcher at Makerere University.

Bukenya quoted a new study by researchers at the United States-based Guttmacher Institute and Uganda’s Makerere University for her information.

She was speaking at a meeting on induced abortion and post-abortion care for adolescents held at Hotel Africana in Kampala last week.

Another researcher at Makerere, Lynn Atuyambe, said the first study on the incidence of abortion among Ugandan adolescents revealed that out of 386,000 adolescent pregnancies in 2013, 53 per cent ended either in abortions or miscarriages.

“… Adolescents are less likely to be sexually active than older women, but they often face more barriers to obtaining high-quality contraceptive services,” she said.

Atuyambe called for a deeper understanding of how marital status and other social factors influence adolescents’ sexual and reproductive health experiences.

She called for conmprehensive sexuality education and family planning education that is both age-appropriate and medically accurate for this age group. According to Joy Asasira, the programme manager, Centre for Health, Human Rights and Development (CEHURD), over 2.3 million pregnancies in Uganda were recorded in 2015.

About one in every ten of those pregnancies ended in an induced abortion, Asasira said.

Asasira said, the complication rate for terminated pregnancies among poor rural women is 68-75 per cent, higher than 17 per cent figure for urban or non-poor women.

She requested all member states of African Charter on Human Rights and Rights of Women in Africa to protect the reproductive rights of women by allowing medical abortion in cases of sexual assault, rape or incest and where the pregnancy endangers the mental and physical health of the mother or the life of the mother or the unborn child.

The law in Uganda permits abortion to save a woman’s life in cases of complications. The same law  also permits abortion in incidents of fetal anomally, rape, defilement, incest or if the woman is HIV-positive.

Bukenya says, however, it’s difficult for women seeking abortion and the medical community to understand when abortion is permitted. This is because existing laws and policies on abortion are interpreted inconsistently by law enforcement.

“Because of this doubt, medical providers are often reluctant to perform an abortion for any reason, out of fear of legal consequences,” she says.

Bukenya says, worldwide, restrictive laws tend drive women to covert and unsafe practices. She says according to the study, post-abortion patients, unmarried women and adolescents were more likely than married women to suffer severe complications. Not many know this partly because abortion remains a taboo subject.

How did they gather them given the fact that such illegal abortions are done in secrecy for obvious reasons.

I would rather advocate for blanket legalisation because abortions are happening whether we accept or deny! No need putting our heads in the sand while our pair of buttocks are in the open.
Report to administrator
-1 #2 Fuller 2018-10-24 19:00
Message to Zurah, the writer:

I hope this is not a propaganda piece to convince Ugandan gullible youth that 'sex without responsibility is ok; get an abortion any time'

And, by golly, Ms. Zurah better not be on the payroll of outside agencies which receive hefty grants to push for abortions in Uganda due misguided and uninformed beliefs "to prevent population explosion..."
Report to administrator