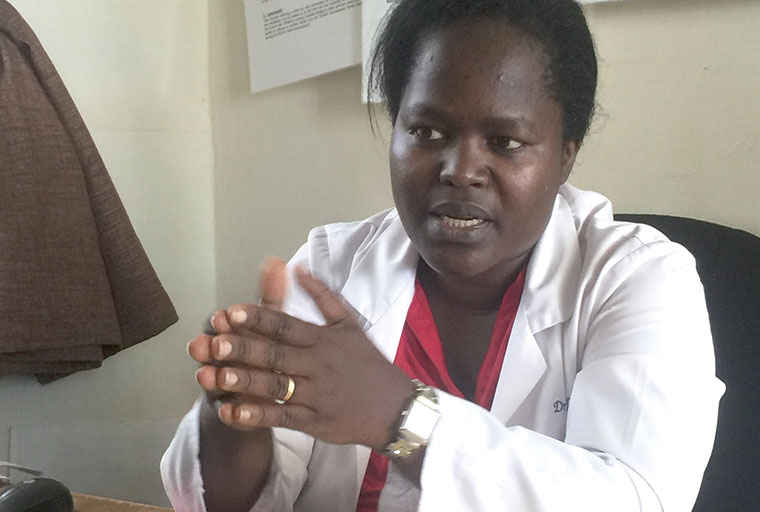 On Sunday, September 16, Joshua Ajuna, was found dead in his room in Nsibirwa hall, at Makerere University, the biggest and oldest university in Uganda.

On his side lay a bottle of suspected poison and two suicides notes. The notes said personal reasons drove Ajuna to kill himself. Ajuna’s death by suicide is just one of many suicide cases that occur at Makerere University every year.

In April 2011, Francis Kigenyi, 23, jumped to his death from the fifth floor of Baskon hostel on Sir Apollo Kaggwa road. Before his death, Emmanuel Kisadha, a brother, said Kigenyi told guests at his birthday party that his life was worthless and referred to himself as a ghost.

In 2012, Joshua Nuwasasira, 22, a second-year student of Makerere University Business School, Mbarara study center, also committed suicide after spending every penny of his tuition fees on drinking and partying. He was found hanging in his rented room in Nkokonjeru, in Mbarara.

In 2011, Emmanuel Kagina, a second-year student, jumped to his death from the fifth floor of Mary Stuart hall at Makerere University. Friends suspected he had a misunderstanding with his girlfriend.

Hassan Muganzi, also a second-year student, studying Information and Technology and a resident of Nkurumah hall jumped to his death from the fourth floor of Mary Stuart hall after a quarrel with his girlfriend.

According to Dr Caroline Birungi, a lecturer at Makerere University’s department of psychology, there are a number of factors that lead students at universities to commit suicide and among them is depression, personal reasons, lack of good parenting, taking drugs and alcohol, getting infections like HIV/Aids, poverty and others.

She says many Ugandans have lost their parents in wars and to HIV, leaving children without guardians.

“Then students grow up without parental care, too much freedom, self-reliance and don’t know how to behave and take care of themselves and if they are exposed to things like drugs, alcohol and diseases like HIV, they can’t handle it and can easily be affected,” she says.

“When they come to university, they start using a lot of drugs, they move recklessly on campus, they go out with different men and many girls run into ambushes and they are robbed and raped hence end up with diseases like HIV. When they have no one to turn to for advice, they end up committing suicide,” she adds.

Birungi said misunderstandings in relationships, taking drugs, reckless spending of tuition fees and missing exams have driven students into taking their own lives. She said students also skip classes, get poor grades and end up with retakes or don’t complete their degree.

“When students are overwhelmed by hardship in their everyday life, they start to develop depression, which is the psychological disorder that affects the mood and if not treated, it can lead to a state where suicide is viewed as the only option, especially when there is no one to counsel them,” she says.

Birungi says symptoms of depression among students include missing lectures regularly, he or she not eating, isolating themselves, seeing themselves as useless, giving away their property, and behaving weirdly.

She says suicide is one of the biggest problems at Makerere University. She estimates that about 10 students commit suicide in a month from different faculties.

“Suicides are not only from one faculty but we estimate it at about 10 students in a month. Remember there are deaths that go unregistered like those who take an overdose of drugs or sleeping pills and they die while sleeping, although people say it was a heart attack,” Birungi says.

The Observer was not able to verify Birungi's unlikely estimates or to obtain any official suicide rate for the university.

“The problem of depression is big at Makerere University; if you are to quantify it, it may even be up to 70 per cent. This is due to the parental mentoring breakdown, and because of big numbers of students, and few teachers. They can’t mentor all students,” she says, adding that social stigma affects 90 per cent of people committing suicide.

Birungi says when some students scheming for free marks get into sexual relationships with lecturers and end up with poor grades, they get disappointed and feel they messed up their lives. Some end up taking their own lives.

She says university officials are still negotiating with Mulago hospital to admit people with mental health problems in future. She says Mulago’s mental health department was taken over by the orthopedic department.

“So, all the patients we send to a mental health clinic, and need admission, they are referred to Butabika hospital, yet it’s also congested. Yet we have the capacity, and human resources to handle them here, but we don’t have room,” Birungi says.

She says depression problems don’t stop at Makerere University. It’s all over Uganda, where people are turning to suicide as a last resort.

Dr David Basangwa, the executive director of Butabika hospital, Uganda’s leading mental health hospital, estimates that between 17 and 20 per cent of the general population in the country suffers from depression.

He says, out of the 150 patients that visit Butabika hospital daily, about 40 to 50 per cent of them have a depressive illness. And out of 900 in-patients, about 25 to 30 per cent are depressed.

“Of all people in the country that have depression only, one in 20 accesses medical care in hospitals. But with depression we only admit the ones that are severely sick,” he says.

Basangwa says the causes of depression are many, but “alcohol, we know, is a chemical, that for some people, can lead to developing depression. However, some people drink when they are depressed and in the end get severe depression. But there are many that start with alcohol and end up getting depression.”

He says children that lose their parents before the age of five, are at risk of developing depression in the future due to lack of parental guidance.”

Basangwa further explained how the mood changes in a depressed person. “Mood usually takes the form of being normal or high or low. In most people, mood is normal. Sometimes they get a bit of a high, where they get excited. In a person that has depression, the mood is predominantly low. So, if a person has a low mood for most hours of the day, for a period exceeding two weeks, then that person qualifies as suffering from depression.”

He says, if depression is treated early, it can be prevented, “One of our biggest challenges, with managing depression in this country, is that a lot of people don’t consult early. So usually, the time we are seeing patients with depression, it has gone to higher levels.”

Basangwa says depressed people are often stigmatized by friends and family, because they think they are bewitched or cursed.

“People don’t properly understand mental disorders, including depression. When they see people that are having unusual feelings about themselves, they blame them for being weak or sometimes they think they have been bewitched or cursed, instead of helping them to come to the hospitals for care,” he says.

He emphasized that depression is a common disease, but potentially treatable, if it’s identified early and a patient is supported to access care on time.

Editor's note: The original headline of this story, "Every month, 10 students commit suicide at Makerere" has been changed, as it could have created the wrong impression that these figures were verified.

you are the Undertaker . This should make you happy .

Now you can sit there in calenda House and wait for your clients i.e. the Dads.
10 a month only from Makerere is not a bad business , is it ?

Ensi Egula Mirambo .
Report to administrator
+2 #2 kabayekka 2018-10-04 00:12
It seems that this is one of the very few sad but sincere reports to have come out from this international reputable academic institution in Uganda.

One understands the Chancellor of this University already new about this sad report.
Report to administrator
+1 #3 Apollo 2018-10-04 10:21
There is no mental state as sneaky and deadly as depression. It is deadly is because we are quick to call it a condition yet it is an illness.

It is important to teach young people that there are no shortcuts in life. When hardships come, because they will surely come, they must face them with grace and courage.

you are the Undertaker . This should make you happy .

Now you can sit there in calenda House and wait for your clients i.e. the Dads.
10 a month only from Makerere is not a bad business , is it ?

Would you be surprised to know that if one chooses suicide as an easy way out their difficulties it may be that in the grand scheme of things its what they wanted?

If the Undertaker of Calendar becomes a victim that would not be accidental or premed its likely to be impulsive behaviour.

We hope it doesn't happen as we are all one soul. therefore we feel each others pain and sorrow even if some pretend that they don't for various reasons.
Report to administrator