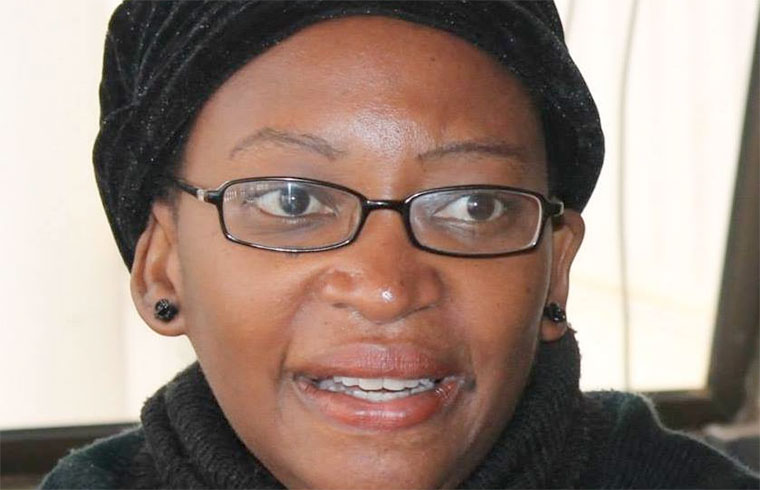 The staff appeals tribunal has directed management to immediately reinstate, Dr Stella Nyanzi at Makerere University, saying her suspension was illegal and unlawful.

Nyanzi was last year indefinitely suspended by vice chancellor Prof John Ddumba-Ssentamu on the orders of the appointments board chairman Bruce Balaba Kabaasa for attacking the First Lady and Education minister Janet Museveni on Facebook over 'incompetence to run the ministry.'

In it's ruling today, Tuesday, the tribunal ordered the university to pay Dr Nyanzi her outstanding emoluments within ten working days after the ruling. Delivering the ruling, the tribunal chairperson George Omunyokol faulted the appointments board for failing to conduct Nyanzi's disciplinary hearings within the statutory four weeks after suspension. Nyanzi was suspended on March 31, 2017.

In a letter seeking Nyanzi's suspension, Kabaasa claimed that the research fellow had made it a habit "to insult, dehumanize and castigate the minister of Education and Sports under whose docket Makerere University falls."

However, in its ruling, the tribunal observed that the letter didn't state the actual words nor the aspects of dehumanization alluded to. It was observed that Nyanzi's appeal raised salient issues of public law and castigated the appointments board's failure to meet its statutory obligation.

While she had applied for general damages, the tribunal ruled that each party bears its own costs. Nyanzi's lawyer, Isaac Ssemakadde from the Legal Brains Trust described the ruling as ground breaking, which doesn't only protect his client, but every employee of the university.

"The tribunal has in very strong terms stated that it's the supreme authority in all matters of labour and employment at Makerere University. The university put up a very strong set of objections for this case not to go forward, but they have all been dismissed by the university staff tribunal. And we're overjoyed to learn that the staff tribunal has been sensitive to the requirements of justice in crafting remedies that are appropriate for Dr Stella Nyanzi. We're exceedingly impressed by the clarity of jurisprudence, the impartiality and boldness displayed today by the members of the university staff tribunal." Ssemakadde said.

Ssemakadde dared the appointment's board to commence a process where the First Lady will be a witness, arguing that they would welcome the opportunity to 'school her legally.'

"You can take this to the bank, the appointments board has no evidence and therefore has no basis upon which to conduct any proceedings. And without evidence, there can be no hearing but we dare them to commence the process where the witness is the First Lady and minister of Education. We'll welcome that opportunity to school her in the ways of schooled people. She'll regret the day she dare turns up to Makerere University to challenge an academic in her own home ground. Even the practical and political ramifications of this ruling make it clear that this is the last place that the minister of Education will be seen in the next 30 days." Ssemakadde added.

Shortly after ruling, Ssemakadde asked the tribunal to allow Nyanzi to pass a vote of thanks. She thanked the tribunal for upholding the values expected of a true academic institution. Nyanzi later described the ruling as a "celebration" and a "major win" for anyone with pretenses and claims of being an intellectual.

"Makerere is the place where I got my first degree. In spite of the dirt and the rot, and the stench and the filth that politicized politics has rode in Makerere University, the university staff  tribunal has proved itself that there's a remnant of academics of legal minds that understand the importance of protecting the sacred grounds of the university." she said.

Nyanzi argues that she was educated to think and her PhD purifies her ability to think and that as such, she must not be punished for what she studied and is paid to do.

"For those of us who are thinkers and value the right to think and express our  thoughts - whichever way, whichever way this for me is a major win...For me this is historical, we're changing the law of employment, labour rights in Uganda because the abuse had penetrated to the very core of the heart that think for and about Uganda." Nyanzi said.

Hudson Musoke and Naome Kiconco represented Makerere at the tribunal. Other members of the tribunal include Ruth Iteu Eyoku and Tom Otim - both representatives of  administrative staff, Dr Consolata Kabonesa, the senate representative, Herbert Kiguli  - representative of the ministry of Public Service, Prof  Muhammad Ntale and Dr Rose Nakayi, the university staff representatives.

The Makerere staff appeals tribunal is established under Section 56 of the Universities and Other Tertiary Institutions Act, and serves as a system of checks and balances for the appointments board through, which aggrieved members of staff get a right to a fair hearing and appropriate re-dress, without hindrances from the university system.

-5 #1 rubangakene 2018-10-02 21:57
Is this Nyanzi any good at what she does as a University 'don'; because I am beginning to doubt the moral/ethical standards Makerere University is graded globally.

You see a lecturer/professor of such standing should really be a 'light and flame' for its students, the university fraternity here and worldwide.

This means having a deliberate, controlled, witty and intelligent means of expressing her opinions.

You see to be a University lecturer you should have acquired a language technique that serves to inform or enrage albeit in a way that pleases and bites the recipients concurrent.

Otherwise the 'man on the street' and indeed the 'maruua philosophers' will soon think that Makerere as an institution is one hell of a shit-hole after all, What do you think?
Report to administrator
+4 #2 Jama 2018-10-03 02:02
I think some of the elites in Uganda are not alienated to the the NRM dogma.

These people want to us to believe that denouncing nepotism and other forms of garbage is a crime.

...
...Otherwise the 'man on the street' and indeed the 'maruua philosophers' will soon think that Makerere as an institution is one hell of a shit-hole after all, What do you think?

Excuse my opinion, but I think you are talking with both sides of your mouth, that's what I think.

Only those who do not understand what Makerere is will think of it -- in your words -- a shit-hole.

You wanna know what else I think? Today, no university in Uganda and neighbors can hold a candle to Makerere...they can claim to, but that's about it.
Report to administrator