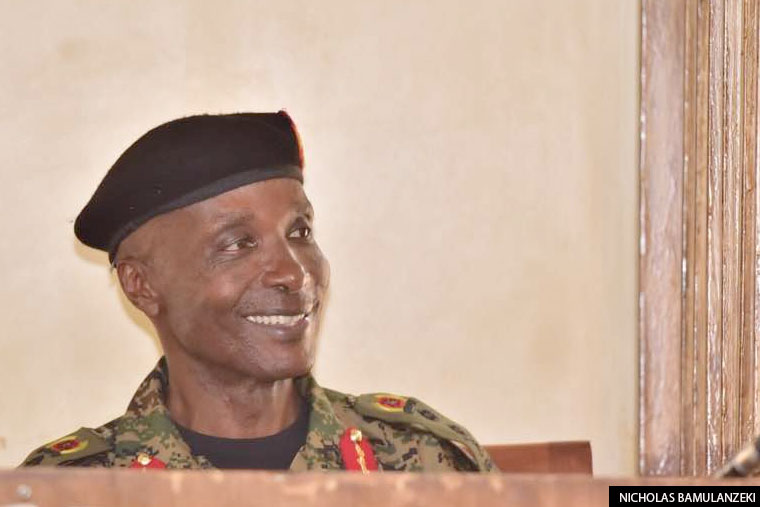 “Until June 2018, when Museveni mentioned that ADF was responsible for Felix Kaweesi’s and the sheikhs’ death, the rebel group had been mentioned 10 times, especially by the former inspector general of police, Gen Kale Kayihura.

At a time when Uganda has seen the longest streak of assassinations of prominent individuals since the 1970s, government keeps shifting from one explanation to another, ALON MWESIGWA reports.

President Museveni’s address to the nation on security last Saturday was unusually short. Museveni was expected to give an account of previous murders but, most importantly to speak to the high-profile assassinations.

At the end of the day, the address was heavy on what to do in future but light on accounting for the previous murders. Referring to the village murders in Masaka and Entebbe, the president said “66 suspects have been arrested and brought to court in connection with these cases.”

On the high-profile killings, he said: “Certainly in the cases of Muwaya, Magara, Kaweesi, Kiggundu, arrests have been made and the suspects have been brought to court.”

Susan Magara’s case (kidnap-for-ransom gone wrong) is a different mode of killing compared to what happened with the sheikhs and Kaweesi.

The Saturday speech, according to some observers, was not a sufficient accounting to an anxious nation. What Uganda has seen recently is the longest run of murders of politically connected or active individuals since the 1970s – at least 19 people killed since 2012.

Others are Sheikh Ibrahim Hassan Kirya and Sheikh Abdul Rashid Wafula who were shot dead in 2015. Other high-profile assassinations are of senior state prosecutor Joan Kagezi, Major Muhammad Kiggundu, AIGP Felix Kaweesi, Col Ibrahim Abiriga, and Muhammad Kirumira. The lack of satisfactory explanation, according to analysts and security experts, is because there is limited headway in finding those responsible.

“These were assassinations of important people and if the president speaks to the nation and doesn’t tell people what actually happened, it means something is not adding up,” said one retired officer who preferred not to be named.

Separately, Julius Odwe, former deputy inspector general of police, told The Observer that it betrays the suspicion that there have been no meaningful results from investigations.

He said that politicisation of security has left the country with no answers on who is murdering Ugandans. Odwe said when someone is on the opposite side of politics, he/she can be accused of doing something wrong. And if you are on the favourable side and you have done something, some information is withheld and the wrong one advanced to get you off the hook.

“In such circumstances, you have difficulty in accounting for security. It is usually a package of lies to divert [public] attention from security [lapses] in the country,” he said. “As long as they withhold the truth, it is not good for the country.”

On Saturday, Museveni said since the country was relying on traditional methods of investigations, it will take time to know exactly who killed these people, and for what reasons.

This cautious assessment pales in comparison with the confident proclamations trotted out when the murders had just occurred; claims that the government had vital clues.

So far, this is probably the most advanced explanation for the murders. Even when investigations have not been done, government has been in the habit of immediately blaming the Allied Democratic Forces, a rebel group the same government has many times said is dead and buried.

Until June 2018, when Museveni mentioned that ADF was responsible for Kaweesi’s and the sheikhs’ death, the rebel group had been mentioned 10 times, especially by the former inspector general of police, Gen Kale Kayihura, a man who is now being court-martialled for letting criminals receive police weapons, among others.

Museveni said in June “some of the terrorists of ADF as well as other criminal elements seeing they could not survive in rural areas infiltrated the towns where we had not fully focused in terms of developing intelligence capacity.”

Appearing before parliament in April last year, Kayihura had said they had started arresting ADF elements before the killing of AIGP Felix Kaweesi.

“By the time the AIGP was murdered, there was already ongoing investigation to arrest ADF terrorism. Certainly, those who were arrested were linked to the murders,” Kayihura said.

Last Saturday, Museveni said ADF had been defeated in villages. He did not tag it to assassinations. One intelligence officer told us the belief that ADF was responsible for the killings could have derailed investigators and helped the real murderers to get off the hook.

Coming from the old school policing tradition, Odwe’s view is that: “Crime always has varied causes. It is possible they [government] might not have got anything. It shows the intelligence is weak; let government reinstate the special branch.”

In court, however, the state says 30 people it arrested during the murders of sheikhs are linked to ADF.

In an indictment consented to by John Baptist Asiimwe, a senior assistant director of Public Prosecutions, and presented to court on August 23, the DPP intends to adduce evidence to prove that there were conflicts between Muslim sects, and that some of the Muslim leaders were linked to the rebel group.

Aside from ADF, rivalry between security agencies was cited as one of the causes of the murders. At the start of this year when Susan Magara was kidnapped and murdered and several murders followed, there was speculation that the killings could have been due to rivalry among top security agencies’ bosses.

Fingers were pointed at Security minister Henry Tumukunde and Kayihura. It was observed that their fights could have led to lapses in intelligence and gangs got their way.

And when Museveni spoke after Kaweesi was killed in March, 2017, he blamed police and ISO for the murders, saying he would talk to them. He told Kayihura to clean up the force especially the Criminal Investigation and Intelligence directorate which he said had been infiltrated by criminals.

Their firing in March was seen as a step towards a more secure country and an end to the murders. It has hardly worked.

Another line of explanation has been that of security agencies and militias being responsible for the murders and kidnappings. This is the reason why when new police chief, John Martins Okoth-Ochola took office, his first mission was to disband the flying squad, a unit which under Kayihura had become notorious for colluding with outlaws.

With its leader Herbert Muhangi, flying squad operated ruthlessly and with its power amassed during Kayihura’s reign, wreaked havoc in Kampala and beyond.

Muhangi is in military custody facing court martial, and his former unit has been shaken up. Ochola said it had been vetted and wrong elements removed.

Museveni freely admits that his government had not paid enough attention to crime. “We had, however, not concentrated on urban crime because it was not yet a major problem.”

+6 #1 Mubiru 2018-09-19 16:35
If Museveni and the "interdicted" Kahihura have evidence that ADF are the killers what action have they taken to stop the rampart murders by rounding up all suspects and be tried in courts?

They went extra miles to have the supposed leader of the organization extradited from Tanzania. Since then the man, who would probably help the prosecution to arrest his "colleagues" first "rotted" in Nalufenya and is now somewhere without being brought to court.

In the real world you first investigate before arrest and once the culprit is arrested he/she then is prosecuted. This is like some people who write first before they think instead of thinking first and then write later.

According to Kirumira's thoughtful testimony called "dossier" and published in today's government paper, I have not read any part where the late Kirumira implicates ADF and no body with simply an iota of intelligence can dismiss that report as "unhelpful", in exposing kawukumi in the Police.
Report to administrator
-1 #2 Jama 2018-09-20 17:40
Jamil Mukulu the arrested ADF leader once told journalists on his arrival in Court that those killing Ugandans are here.
Report to administrator