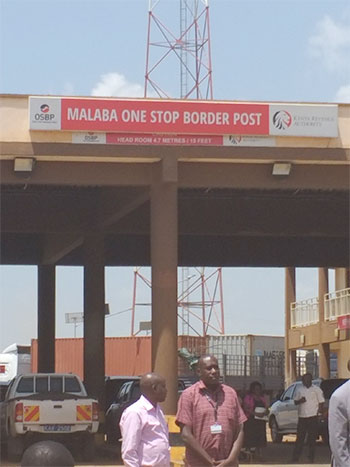 When President Uhuru Kenyatta announced in February that traders living along the Kenya–Uganda borders of Malaba and Busia could freely move between the two countries for trade, the announcement was welcomed with ululations.

But five months later, Ugandan traders, especially women, complain of harassment and arbitrary arrest by the Kenyan police whenever they enter the country to do their petty trade.

Speaking to The Observer recently, some petty traders said their goods are confiscated and they are forced to pay a lot of money to recover them. Sometime, they said paying does not guarantee the return of one’s goods.

Judith Nafula, 37, a mother of three, says she was once arrested in Busia Kenya at around 6pm, taken to the police station where she spent two days in the cells while her relatives were looking for money to bail her out.

“I have been doing this business (hawking kitchenware and bananas) for over eight years. We used to take the merchandise to Kenya, although they used to harass us but they would not arrest us,” she said.

Nafula remembers how paying bribes was the order of the day and traders had gotten used to it.

“We used to bribe a lot, and we were used to that but trouble started when President Kenyatta publically announced that we were free to trade on both sides of the country,” she said.

Linet Namaloba, who sells dry fish, lost her merchandise on top of paying Kshs 10,000 (Shs 380,000) to regain her freedom. She agrees that things have never been the same.

“When we heard that we were free to trade, we stopped paying the bribes and were now confident and openly told the police that it was our right to trade freely only to realise later that we were inviting trouble,” she said.

She is now jobless as all her investments were taken away by the Kenyans.

“It’s true my people are suffering. In the last 14 days, 60 women have been arrested and had to part with Kshs 10,000 (Shs 380,000) in order to get out. This is very humiliating and fighting the spirit of East African Community integration,” he said.

“We are asking the government to intervene, our people are suffering, women are losing their capital and dignity at the hands of the Kenyan police.”

Macho pointed out that there are many Kenyan petty traders in Uganda who are freely trading without being harassed by Ugandan authorities. Why then should Ugandans be harassed, he asked.

It is not only at the lower levels that the EAC spirit is being undermined. Finance minister Matia Kasaija who was in Busia to launch the revenue authority’s vehicle scanning equipment pointed out that it was agreed that under the Common Market protocol no taxes be charged on EAC regional goods.

“[But] things are changing; our sugar is rejected and we don’t know why. Women selling vegetables are being arrested in Kenya! But why are they arrested?” he wondered.

“The arrests are bad because it will spoil the protocol and the spirit of integration that we are trying to create.”

No miracle will recreate the community spirit that existed during the economic pact then.

Magulufi is busy sorting out corruption in Tanzania, how do you expect him to allow the Ugandan corruption-prone individuals to impair the work he has embarked on.

As for Kenya, they are used to eating out of other people's end; they made a bundle out of our coffee during Amin's time.

Every Tom, Dick and Mary there is at the game. Why don't Ugandans sell their "useless cyanide infested bananas to fellow Ugandans, eh?

You face the music for your misadventure; a bribe of 380,000 Uganda shillings - equivalent of 1US dollars is worth the trouble.
Report to administrator
+1 #2 Milan 2018-08-30 22:57
For the longest time people have been doing business freely...until UPDF decided to start beating up Kenyan Police in Migingo.

Now the Kenyans are taking it out on Ugandan traders. One thing always leads to another.
Report to administrator