Dfcu bank's second biggest shareholder, CDC Group it to review of its shareholding in the bank.

CDC Group, a UK-based development finance institution, in a June 14 letter to Dfcu bank Limited top management, Irina Grigorenko, the investment director Financial Institutions said CDC Group Plc was undertaking a review of its investment in Dfcu Limited which may lead to the disposal of some or all of its shares in Dfcu over the short to medium term.

According to sources, the firm, has over the years reduced its shareholding to about 10 per cent from 60 per cent.

“After a period of over 50 years as a shareholder, it is our aspiration to exit in a manner that causes minimum disruption to the business and ensures that the orderly trading of Dfcu’s shares,” reads the letter adding that, “that CDC’s objective is to identify like-minded investors who could support Dfcu in its new phase of growth.” 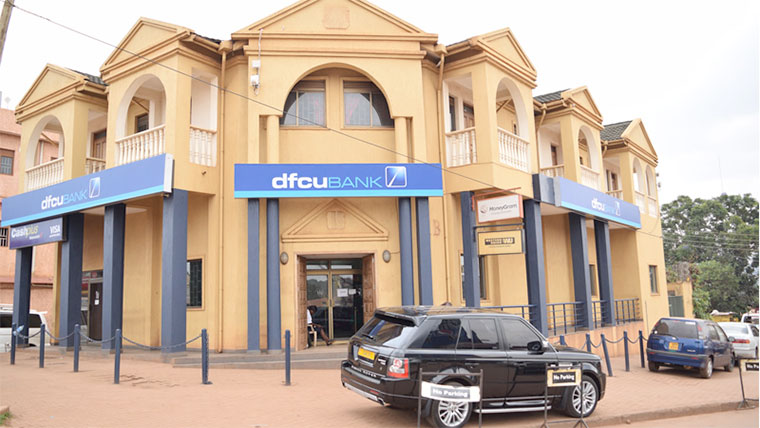 In its letter, CDC expressed hope that Dfcu would continue to “succeed with the support of Arise B.V., its major shareholder.” CDC’s investment in Dfcu, according to the institution’s official website, is $15.1m (equity) and $10m (subordinated loan).

About nine institutional investors own Dfcu, with Arise BV holding the largest shareholding at 59 per cent. CDC is in second position, followed by National Social Security Fund (NSSF). Recently, Arise BV executive director Deepak Malik resigned from the Dfcu bank’s board of directors.

After the Crane bank takeover in 2017, Dfcu's annual net profit jump by more than 136% to Shs 127 billion while assets leaped up by 100% in 2017 - putting it right on the list of the most profitable banks in the country.

Dfcu's after tax profit in 2016 was just Shs 46 billion before the Crane bank takeover. It was the first time Dfcu had crossed the Shs 100 billion threshold, becoming the fourth bank to do so in the country.

Dfcu acquired Crane bank at about Shs 200 billion, but the bank's management insist Crane bank was valued above Shs 1.3 trillion. Dfcu is listed on the Uganda Securities Exchange and is still battling a court case with Crane bank shareholders over the takeover.

The whole thing has been put on the rear burner.

The court case against Sudhir has "evapourated into thin air" that's why the sane shareholders are leaving town. Can't you see?
Report to administrator
+1 #2 kabayekka 2018-07-09 23:33
National private banks as these have been in bed with the Bank of Uganda to stabilize the country's economy for some years now.

Lots of dollars have been spent to hold up the value of the shilling. How much in dollars is likely to be spent this time round to up hold the Uganda shilling as Dfcu recovers from this financial crisis?
Report to administrator
+1 #3 Fuller 2018-07-09 23:43
Anything new here!?
Report to administrator
+1 #4 Simon K Calvin 2018-07-10 07:56
Next is for clients to run in on the bank and withdraw their deposits the DFCU will follow CBs script!

Who will then take over the combined mess?!?
Report to administrator
+4 #5 Ugthinker 2018-07-10 08:52
Uganda’s is one of the fastest growing economy according to Museveni!

Are banks closures and suspicious acquisitions one of the signs of the growth?

Everything is falling apart in Uganda today!
Report to administrator
+1 #6 rubangakene 2018-07-10 15:46
All these foreign investors are speculators; hence it serves them right if they then regret having set foot in Uganda!

How will people carry matooke and lumonde on such transport; you know Ugandans rarely travel light.

In any case nothing essential really goes on in Kampala; except rumours and shoddy little magendo and thievery. They are better of rlocating their ' minds and wares' to other open spaces in the north as an alternative.
Report to administrator
+1 #7 Fuller 2018-07-10 18:41
Mission accomplished!

They got out what they came to achieve.

They know Uganda does not have an economy, in the true sense.

Majority are still susbsistence farmers -- and many more are less than subsistence after 32 years, surviving hand-to-mouth.

The handful cruising in expensive vehicles they could not afford if they actually worked for a living, are not enough to feed multiple banking systems.
Report to administrator
0 #8 Kech-Nego Rwoth 2018-07-11 07:46
I think DFCU may survive and for sure if it goes then Uganda will have only one sensible Bank Centenary Bank.

Which also one time they attempted to Kill BUT Rome reacted!. Mafias duped DFCU to buy Crane Bank , that was great mistake like Barclays did Acquiring Nile Bank which almost Made Barclays exit Uganda Market.

So these guys learn nothing and forget Nothing simply they operate with impunity. Jobs given to unqualified clan members, Hence serving interests of individualism at the expense of institutions.
Report to administrator
0 #9 Patrickaaaa 2018-07-11 13:29
How abouts HGV = Heavy Goods Vehicles, transportation for produce. Need to separate passenger transport and produce transport.

All these foreign investors are speculators; hence it serves them right if they then regret having set foot in Uganda!

How will people carry matooke and lumonde on such transport; you know Ugandans rarely travel light.

In any case nothing essential really goes on in Kampala; except rumours and shoddy little magendo and thievery. They are better of rlocating their ' minds and wares' to other open spaces in the north as an alternative.