MPs have approved government's proposal to tax mobile money transactions and social media. The decision followed a heated debate on the report of the finance committee on suggestions presented by the government through the Excise Duty (Amendment) Bill.

The approval implies that each person using platforms like WhatsApp, Facebook, Viber and Skype among others, will be subjected to a daily levy of Shs 200 while each mobile money transaction will be subjected to a 1 per cent excise duty. The government is projecting to collect Shs 284 billion from the measures. 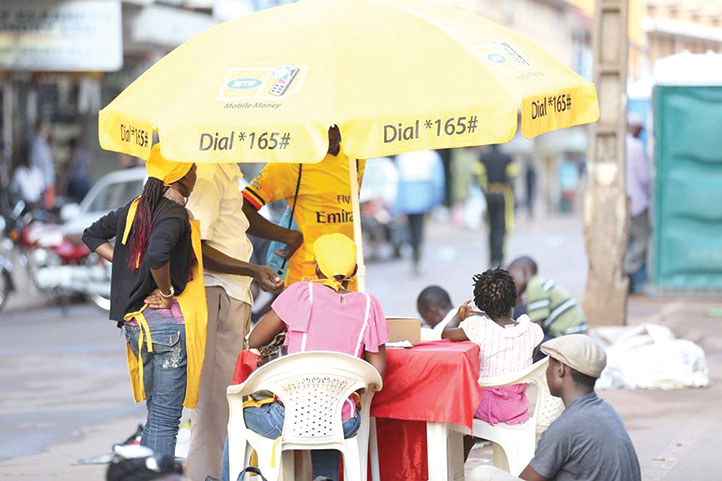 However, MPs in the same bill, reduced excise duty on soft drinks from 13 to 12 per cent and exempted sugar confectionaries including chewing gum, sweets and chocolates to enhance Uganda's competitiveness in the East African region where countries have exempted confectionaries.

Kiiza argued that more taxes should be put on alcohol rather than piling more taxes on vulnerable Ugandans.

"Let us increase taxes for example on tobacco consumption because after all it is written that taking in tobacco kills your life. Let us put more taxes on the consumption of alcohol. Can we put more taxes on the sachet waragi such that we can make our youth to be more productive. We’re in a country where more than 70 per cent of our youth are unemployed. We’re in the country where the boda boda industry is the one that is employing more of our young people. By taxing the boda bodas, we’re telling these young men that go back on the streets without jobs and then we begin crying of butayimbwa wielding people who are killing Ugandans. What message are we sending to these young people?," said Kiiza.

She also expressed dismay over the several tax exemptions on companies that should be paying tax. Manjiya County MP John Baptist Nambeshe also opposed the proposed 1 per cent tax on mobile money transactions saying that majority of those using mobile money are low-income earners who need support as opposed to exploitation.

"When this mobile money transactions happened, one of the key beneficiaries were the farmers who are our people at the lowest epitome of society. And there are statistics indicating that just the increase of services of mobile money across the countryside brought on board farmers to a tune of about 53 per cent in the financial sector," she said.

However, Kyankwanzi Woman MP Ruth Nankabirwa supported the mobile money levy describing it as a service-gain. She cited the need for Ugandans to have an obligation for paying taxes as they demand services.

"We need to widen our tax base as Uganda. Tax sometimes is a gain. I do support the 1% levy on mobile money services. It is a service gain. I won’t be intimidated by anyone, we need to pronounce ourselves and speak the truth. 1% levy is a service gain…Rt. Hon. speaker look at how burdened we’re with the laws we pass here everyday. Look at the treasury operations this FY in the budget we’re about to pass, it is Shs 9.7 trillion. How will it be serviced if we’re claiming that people are poor and therefore can’t pay tax." said Nankabirwa.

Nankabirwa was supported by other MPs including Aruu County MP Odonga Otto, Katikamu North MP Abraham Byandala who described the opposing of the proposed taxes as lack of patriotism.

Byandala said that government has no money minting machine and that if Ugandans do not pay taxes, there shall not be services provided. Padyere County MP Joshua Anywarach described the tax on social media as double taxation since airtime, which is used to subscribe for internet data is already taxed.

Government expects to generate at least Shs 951 billion from all the proposed new policy measures and another Shs 272 billion from administrative efficiency.

Collectively, the government expects to collect a total of Shs 16.2 trillion in the 2018/2019 financial year with a projected growth of 7.6 per cent.

One day..trust me ..one day they will be without jobs lamenting on the very things they help pass in parliament. Another factor these MPs are ignorant about is that a successor regime can actually undo everything they are doing!

Look at what Trump is doing about Obama's ideas! So, a word of caution to my MP: remember you reap what you sow.

This guys are so deep in this "eating ideology" that they have lost track of their own ideas! Who in this world is taxing using WhatsApp and Facebook directly as Uganda is doing? Wake up!
Report to administrator
0 #2 Erik Aamot 2018-06-03 00:15
.. it is not technologically possible to tax "social media" use .. there is no way to monitor who is using social media at any moment .. also, do you define "social media" or if a user of a particular website is using it as "social media" ? .. if I never engage in "social discussion" or posting on "social issues" and never comment on such things on facebook .. am I using it as "social media" ?

.. if you define "social media" as any website where people can discuss anything .. that would be all blogs that allow comment .. any website that allows comment .. including this one ..
.. so tell me how the Ugandan government will know a Ugandan has viewed this website . and how do you think they will identify them and collect the 200shl tax ? ( you can ask the same about facebook, Whatsapp (which no one considers a social media platform), any and every messaging app, every blog that allows comments )
.. the answer is it can not be done at all
Report to administrator