The ongoing verification process of refugees and asylum seekers has unearthed at least 7,000 'ghosts' in Nakivale refugee settlement in western Uganda.

According to the minister for Relief, Disaster Preparedness and Refugees, Hillary Onek, of the figure of 16,000 refugees and asylum seekers that some unscrupulous government officials claimed to exist, 7,000 were found to be non-existent. 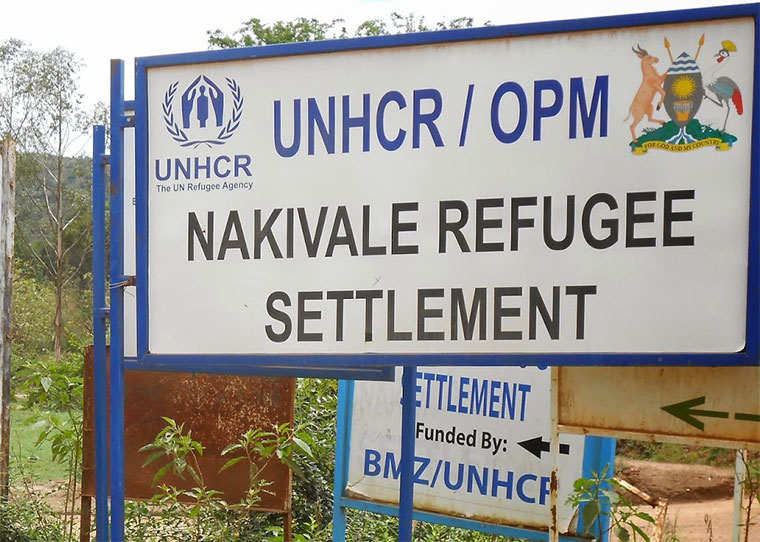 The government ordered the verification exercise after it emerged that in Kampala only 7,000 refugees and asylum seekers existed, and not 17,000 as claimed by officials from the Refugee Desk in the Office of the Prime Minister.

In the case of Nakivale, Onek says the World Food Programme, and other partners, used to supply food and non-food items in bulk, ostensibly for 16,000 refugees, when in actual fact there are only 9,000 genuine recipients. Unscrupulous individuals running the distribution would then divert the extra food and non-food items onto the black market and share the spoils.

According to Onek, the crooked technocrats knew how to beat the system and exploit the loopholes, adding that if it wasn't for rule of law they should be in jail. He promised to 'sort them out.'

He says that the verification process is re-validating the refugee numbers through a more detailed bio-metric system that captures features like eyebrows, 10 fingerprints, photographs, which are then shared, hence hard to beat.

The new UNHCR representative, Joel Boutroue, said that so far 14, out of the 16 planned verification exercises have been conducted. Boutroue said the entire verification process will take six to seven months, meaning the process might end around September 2018.

This claim of hospitality towards refugees is premised on monetary gains but not on humanitarian desires.
Report to administrator
+4 #2 rubangakene 2018-04-18 22:32
Only in Uganda! You see if you leave your door wide open, even your daughters and wives are no longer safe, let alone the vultures who are after our hard earned crumbs.

Welcome to the "corruption heaven and haven of the world"!
Report to administrator
+2 #3 WADADA rogers 2018-04-18 22:39
Certainly a mafia state like Uganda has to inflate refugee numbers in order to get huge donations and to pocket the rest of the money, it is the norm in every institution like in the army, police, teachers, in UPE/USE schools, civil servants, patients in hospital etc, everything is rotten
Report to administrator
-1 #4 Lakwena 2018-04-19 13:16
In other words, this is Modern Cannibalism. , Instead of looking at the refugees phenomena as a regional tragedy, for some Ugandan fat cats, it has become a cartel and cash cow.

Not only for the unscrupulous Ugandans being mentioned herein, but cannot rule out the underworld syndicate between the state and the UN Agencies.

Otherwise, without conflict and refugees, the UN and especially UNHCR would close shop. And Hilary Onek and Co. would have to leave town.
Report to administrator
0 #5 Lakwena 2018-04-19 13:18
In other words, in the final analysis, Uganda is the Republic of Ghosts!
Report to administrator
0 #6 ogwang nathan 2018-04-20 11:37
Th culprits shoulď be jailed and the ill-gotten wealth confiscated and should made refund the money.

They should also be permanently barred from holding public offices. OPM public servants need a clean up
Report to administrator