The Observer
Log in
Updated minutes ago
Makerere University supreme governing body, the university council, has passed a resolution seeking to abolish government scholarships and replace them with loans for all university students. 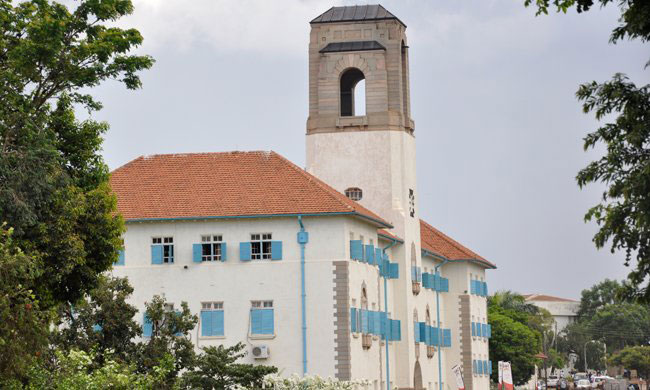 "The university council already recognised the need for a diversified funding model and came up with various proposals for enhancing its revenue through, among others, establishment of Makerere Holdings Company, endowment fund etc," council members responded.

The decision reiterates the recommendation by the Higher Education Students Financing Board (HESFB) to the education committee of parliament which recently recommended a policy shift on the financing of merit students at public universities and other tertiary institutions.

HESFB executive director Michael Wanyama told the committee that government would save substantial resources to fund the student loan scheme if it abolishes the merit sponsorship scheme.

"If only half of the fund is relocated to the students' loans and implemented in phases, the already existing fund shall be utilised by more students when re-allocated. Alternatively, government could consider cost sharing/partial scholarships being awarded to merit students at all levels of higher education support and this is a worldwide practice," said Wanyama.

Government sponsors 4,000 new students every year in the eight public universities including Makerere, Kyambogo, Mbarara, Busitema, MUBS, Kabale, Lira, Muni and Gulu. At least 64 go to persons with disabilities while districts take 896 are given out on the district quota system to cater for the best students in different districts.

These students are part of the approximately 87,102 students that are currently enrolled in the eight public universities and one degree awarding institution, Uganda Management Institute.

It is followed by Kyambogo with 2,456 students, Makerere University Business School (MUBS) with 1,172, Busitema with 684, Mbarara with 640, Muni with 256, Kabale with 96 and Lira with 84 students under the government scholarship.

Now that you have the means to finance your grand children- for most of you have their children employed already, how do you expect children of the poor to seek for loans knowing well that right now, not every one can get a loan from a bank?

You are acting as if you are living on Mars but not in a corrupt country, Uganda! Just tell Ugandans that they have no right to educate their children to University level.

In that case, advise the Finance Minister to remove every kind of taxe so that people can concentrate on finding money to educate their children.
Report to administrator
+3 #2 Ensi Eno! 2018-03-29 16:52
Very good move and this will mark the end of exam malpractice in Uganda and bring back sanity in the education sector.

The only losers will businesses like St Mary's Kitende, Sir Apollo Kagwa Primary school and may be Kampal Parents school whose only objective is to produce UNEB exam stars at any cost and hoodwink many more parents to give them more business.
Report to administrator
+2 #3 Akot 2018-03-29 18:49
If abolishing government scholarships and replacing them with loans for all university students is accompanied with clause that obliges them to work in Uganda after studies until the loans are repayed, then this is good for a start & will benefit the country!

Good governance & Education are the base of development: France is bringing down compulsory age to education from 5 years of age to 3 & Education is National issue payed by government that works hand in hand with private schools to have the same good standard!

University students should know without good governance, they are also in trouble & people rely on the educated for governance, so they can not be spectators of events in the country, but leaders for a better tomorrow, the kind they want for their own children!

All these teeming behind this ideology have so easily forgotten how they enjoyed being sponsored by the govt.

Now that you have the means to finance your grand children- for most of you have their children employed already, how do you expect children of the poor to seek for loans knowing well that right now, not every one can get a loan from a bank?

... In that case, advise the Finance Minister to remove every kind of taxe so that people can concentrate on finding money to educate their children.

Zaitun, we live in a heartbreaking country. Already we have a government, which in spite of collecting in trillions in taxes from the wretched of the earth of this country, but it has abdicated from offering social justice/service in return.

Now in cahoot with the fat cats of the (Govt) universities, want to take away the little, which it was pretending offer.
Report to administrator
0 #5 AKao 2018-04-04 03:54
I think this is a good move, if the loan administration will be fair.

Lakwena and Zaitun, if you look critically at the current government sponsorship, you will realize that most if not all, of the students who get admitted on government sponsorship are actually from families that are capable/well to do, who take their children to schools within the cities that focus on teaching children on how to pass the exam, meanwhile children from UPE/USE or from poorer parents usually do not make the points to get to government sponsorship.

In some developed countries where education is taken more seriously, children from well to do families do not actually get government loans, the loans are meant for those who would otherwise not be able to access post secondary education, and in most countries, there is nothing like government sponsorship, there are instead, scholarships for the brightest students and bursaries and loan for those whose parents are not able to cater for their education
Report to administrator