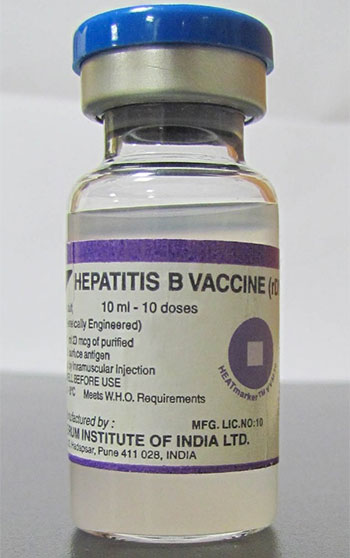 Stung by the unfolding scandal of fake hepatitis B vaccines in use on the market, the ministry of Health has ordered that all private health care providers must be accredited by government before administering the vaccines.

On Thursday last week, the National Drug Authority (NDA) and the ministry agreed to stop all vaccination in private clinics.

“As the investigations are ongoing, the general public is encouraged to seek hepatitis B vaccination from government health facilities. The private facilities which want to continue vaccinating will be accredited soon by MoH,” a joint statement said.

Three days earlier on March 13, the drug authority had announced that counterfeit vaccines were being peddled in eight private hospitals and clinics in Mbarara, Mbale, Wakiso and Kampala.

All were found with stocks of counterfeit 10ml multi-dose vials which are strictly supplied to government by Norvik Enterprises Ltd, the registered importer of the vaccine manufactured by Serum Institute of India.

NDA’s director, product safety, Hellen Ndagije has since told this newspaper “all private facilities undertaking hepatitis B vaccination have to be assessed.”

“The accreditation process will start with clearance from NDA that will concentrate on the product you are using while MoH will accredit the real vaccination,” she said.

She said people who have not yet completed their doses should remain vigilant.

“With effect from now, before anyone vaccinates you, please ask the facility to show you a hepatitis B clearance letter stamped and signed by the ministry of health and NDA. If you feel the letter has been forged, feel free to contact us directly for authentication because your life is better than what the health facility is earning off you,” Ndagije said.

Asked why NDA chose to inform the public about the counterfeit vaccine before testing the contents, Ndagije said: “we should have tested before informing the media but we realised that people are at risk. By the time we would have finished the testing, all the fake vaccines would be cleared off the market.”

“I would rather be insulted but when some lives have been saved. What does it mean to come up with a neat report that the vaccine was fake yet people have already been vaccinated?”

“We shall advise the public on other facilities that been cleared for vaccination in two weeks,” Opendi said.

A source revealed that the operation followed a tip-off by telephone from a Barclays bank employee to NDA. The employee said a company was conducting a hepatitis B vaccination drive at their offices but they were not sure of the quality of the vaccine.

“A team was dispatched from NDA and they discovered that indeed they were injecting the wrong product of 10ml from Serum [Institute of India],” said the source.

Five vials of 10ml were recovered. Some suspects, who operate an outlet for laboratory reagents and supplies [Mackie Laboratory Supplies Ltd] were arrested.

“During the process, one of the gentlemen managed to escape and took off with many more 10ml vials that have not yet been recovered to date,” the source recalls.

Another source familiar with the ongoing NDA investigations said some of the suspected counterfeit vaccines are actually stolen from government.

“The 10ml vaccines are then distributed in a clandestine style to only known clients or their agents. NDA found evidence of re-labelling of expired laboratory consumables in the outlet [Mackie laboratory] with cut labels fixed with new expiry dates,” the source said. “There is need for a thorough investigation in the supply of government hepatitis B vaccines in the last one year to know where the vaccines are siphoned from the system.”

Paul Journey Kalemire, the general manager, Norvik Enterprises Ltd, said they have given NDA records for all imports for both the 10ml and 1ml since 2013 to-date although the NDA investigation stretches from 2015.

“When we bring government 10ml vials, they are embossed and do not even reach our stores but are driven straight to National Medical Stores. Vaccines move under regulated temperature and once you freeze them, they die.”

He added that while all the counterfeit vaccines indicate Serum as the manufacturer, Norvik has never sold 10ml vials to any private institution or an individual.

A total lie indeed. even genuine vaccines can cause this.
Report to administrator
0 #2 willcruiz 2018-03-21 16:00
Dear Ndagijje, in this country we are living in anything can be forged.

If fake vaccines can make their way into the market even forged letters will find their way into these clinics and it will be very hard for the population to differentiate a genuine letter from a forged one unless we adopt the use of technology to authenticate these letters.

Let the MoH and NDA develop a USSD application which we can use to confirm whether a clinic is certified to carryout Hepatitis B vaccination or not.

Clinics will be required to display their certificates which will bear a unique code which we can send to NDA servers for verification before vaccination.

Such applications are not new here the UNEB results app is one example. Even if this application will charge us a small fee its ok. Surely the advice you have given us is no longer applicable in the digital era.
Report to administrator