Out of 800 participants from the African continent, Uganda was yesterday voted as 5th best exhibitor in the African Category at the ITB Berlin travel expo 2018 - a spot it held last year in the Germany capital of Berlin.

The ITB Berlin expo is one of the world’s four major international tourism expos and one of the most important to Uganda’s tourism sector given that Germany, the host country, comes third as a source market for tourists in Uganda annually. 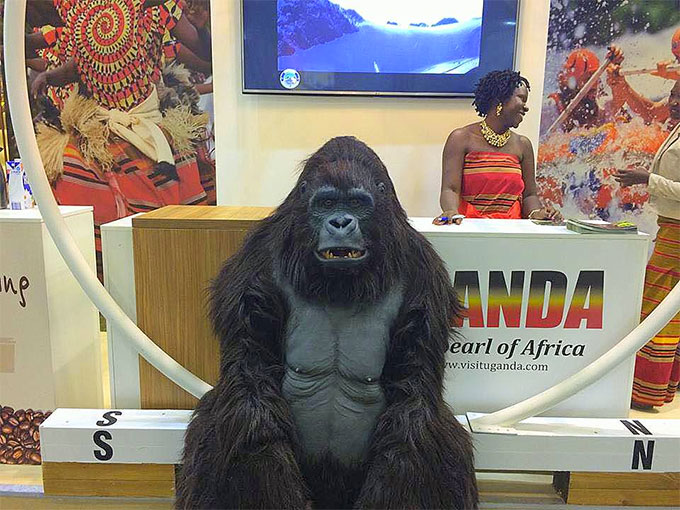 Uganda’s participation at the annual expo that ran from March 7-11 was organized by the Uganda Tourism Board (UTB), the national tourism marketing agency which supported over 30 tourism business operators to the expo.

UTB had earlier estimated that this year’s expo would see Ugandan firms make deals worth around Shs 3 billion in their weeklong stay in Berlin. The expo brings together tourism actors from all over the world with at least 10,000 businesses participating this year.

In a UTB statement sent to The Observer yesterday, Stephen Asiimwe, the agency’s executive director said that because of the high profile of participants and possibility of new business opportunities, Ugandan companies could reap big from the expo.

“ITB Berlin is the leading business platform for global tourism offers. Exhibitor satisfaction stands at over 90% which is a sign of effective delivery on business,” Asiimwe said.

Tourism in Uganda has so far become the country’s leading foreign exchange earner, edging foreign remittances a few years ago and contributing an excess of Shs 7 billion to the Gross Domestic Product (GDP).

According to the statement, more than 109,000 trade visitors and potential travellers seeking business opportunities as well as inspiration for their next trip visited the expo.

ITB, the world’s largest travel show was this year opened by Germany Chancellor, Dr Angela Merkel. In her opening remarks, Merkel stressed the necessity for tourism sustainability, the problems of tourism overcrowding, and the opportunity that tourism offers in fighting prejudices.

“Travel improves the mind wonderfully, and does away with all one's prejudices,” she said, quoting Irish poet and playwright Oscar Wilde.

0 #1 WADADA rogers 2018-03-12 12:42
I doubt the yard stick used, Uganda would easily come last
Report to administrator
0 #2 Empayippayi 2018-03-12 14:12
"Tourism in Uganda has so far become the country’s leading foreign exchange earner, edging foreign remittances a few years ago and contributing an excess of Shs 7 billion to the Gross Domestic Product (GDP)."

Shs 7 Billion is USD 833K. Is this all we get from the leading foreign exchange earner?!
Report to administrator