The death toll from two suicide car bomb blasts that ripped through the Somali capital of Mogadishu Friday, has risen to at least 38 people, according to government sources.

Abdulkadir Abdirahman Adan of the Aamin Ambulance Service said the bombings targeted the presidential palace and a hotel. At least 30 other people were wounded. Adan said that most of the victims were civilians. 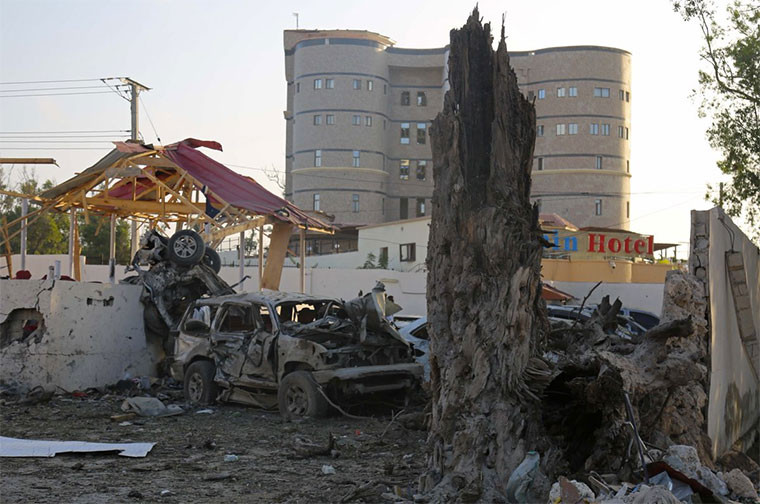 The first blast occurred near the country's intelligence headquarters. Minutes later, another car bomb hit a checkpoint about 300 meters from Somalia’s presidential palace.

The al-Shabab Islamist militant group claimed responsibility in a statement posted online, saying it was targeting the government and security services.

A Somali intelligence official, speaking on condition of anonymity, told VOA that suspected al-Shabab militants in a vehicle were stopped at the checkpoint, and began firing before the car exploded.

He said militants trying to escape were fighting Somali security officials pursuing them in the vicinity.

“We heard two big explosions and gunfire is still echoing in two different directions of the city,” Mogadishu resident Nur Abdulle told VOA. “After [the] blasts, we could see a huge cloud of smoke [go up] into the air.”

Al-Shabab has attacked dozens of government buildings, hotels, restaurants, and other targets in Mogadishu in recent years.

They are dying needlessly while Somalis worldwide are wallowing in wealth driving expensive cars all over Europe.
Report to administrator