In a notice of issue of an interim protection order, the Civil Division of the High court has appointed Donald Nyakairu as Vodafone's provisional administrator. 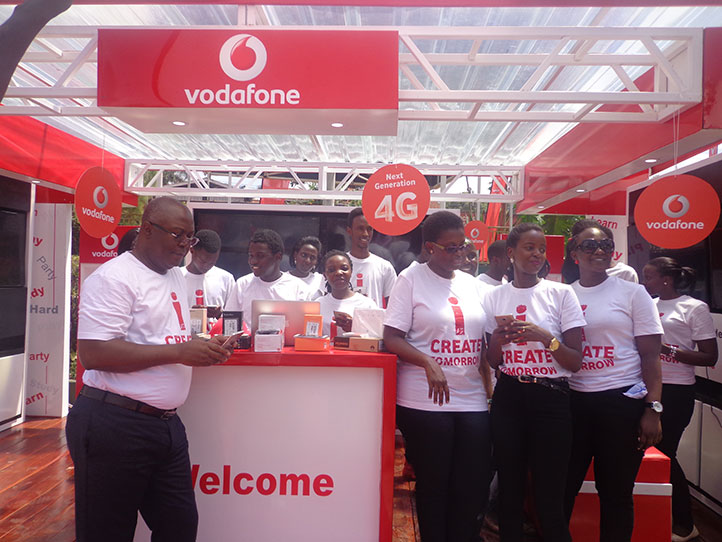 The notice reads thus: "Take notice that on the 15th of February 2018, the High court of Uganda (Civil Division) issued an order confirming the application of Mr. Donald Nyakairu as the provisional administrator of Afrimax Uganda Limited, and an interim protective order was granted to the company for a period of three (3) months pursuant to Section 139 of the Insolvency Act, 2011".

Afrimax is the holding company of the Vodafone brand in Uganda. A protective order is a request to a court to issue a legally enforceable document preventing a person or entity from taking a specified action.

Protective orders are often used in bankruptcy to bar unsecured claims by creditors or the release of confidential or potentially harmful information. In the Vodafone case, for instance, a protective order may bar any collection activities by creditors against the debtor.

Vodafone posted a statement on their website today saying the provisional administrator manager is to help the company improve commercial and operational efficiency.

"Dear customers, this is to inform you that the directors of Afrimax Uganda Limited T/A Vodafone Uganda recently appointed a provisional administrator manager, Mr. Donald Nyakairu, who has been charged with restructuring and reorganizing the company in a bid to improve commercial and operational efficiencies."

In the interim transition period, the statement says, customers will experience a temporary deterioration in the quality of network services as the administrator implements the required changes and negotiates with suppliers.

"We apologise in advance for any disturbances and inconveniences caused and reassure all customers that any unused data will be reimbursed once our network is fully restored," the statement reads further.

In another statement, also posted on the website today, February 22, the telecom company describes Donald Nyakairu, the newly appointed provisional administrator, as "a highly experienced corporate commercial lawyer with particular expertise in the information technology and telecommunications sector, with over 29 years' experience, has been appointed provisional administrator of Vodafone Uganda."

For a while now it had been known that Vodafone was in turbulent water, owing to a small subscription base and high cost of doing business.

Vodafone customers have been experiencing regular service downtimes since last year after the company was reportedly taken off masts after failing to pay rent fees.

The company that had positioned itself as the leader in internet and data services found stiff competition from established players like Africell, Airtel and market leader MTN.

In addition to having a nationwide coverage unlike Vodafone which operated in Greater Kampala, the three competitors have embarked on a cut-throat competition leading to lowering of prices, especially for data.

Recently, government came to the rescue of Uganda Telecom, cutting its massive debt and ordering government ministries, departments and agencies to subscribe to its services, further narrowing the market for Vodafone.

The collapse of Vodafone points to the ruggedness of the Ugandan market which is increasingly becoming a graveyard for many a telecom operator. The company also recently reportedly suffered from internal fraud when its system was hacked into and over Shs 700m worth of airtime serial codes stolen.

Vodafone's crash comes hard on the quiet bow-out of Smart, a telcom owned by the powerful and wealthy Aga Khan Foundation.

Another telcom, K2 Telecom, linked to Buganda Kingdom is also struggling to penetrate the market dominated by MTN, Airtel and Africell.

Telcoms that have either collapsed or sold out include Celtel, Zain and Warid.

+2 #1 Kasozi Kasozi 2018-02-22 14:14
The Country is sinking due to sectarianism and tribalism. The people in charge of most of these companies are hand picked to run them side by side with the real owners but due to their extreme greed and incompetence, the companies just end up in losses thereby winding up business.

The people running this country are sinking it so fast due to their never seen before greed and corruption.
Report to administrator
+1 #2 Phalanch 2018-02-22 15:45
They say , If u expand the level of opportunity u not just multiply but u get addition as well , however if u shrink that level u not only get subtraction but division as well.

A divided society can never prosper & all brought about by the dictator's betrayal of the citizen's trust, which has led Uganda's economy to dive in head first & the speed at which businesses are closing is alarming.
Report to administrator