In a bid to hold unto railways operations in Uganda, Rift Valley Railways Uganda (RVRU) is threatening to sue Uganda Railways Corporation (URC) even after government cancelled its 25-year concession early this year.

Government last month said it had terminated Rift Valley Railways concession over alleged non-performance. RVRU was also accused of having not paid accumulated concession fees as per the concession agreement signed in 2006. 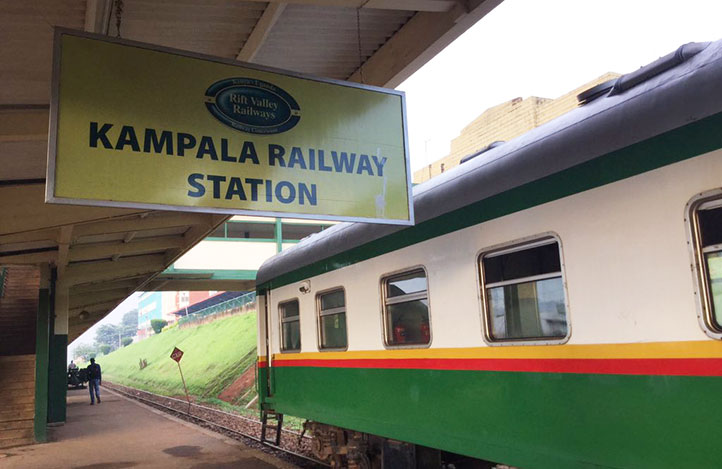 But RVRU, in what appears like a last-minute effort to hold unto operations in Uganda, issued a counter statement warning against what it called illegal takeover of railway and wagon ferry operations by Uganda Railways Corporation.

In a statement seen by URN, URC has been put on legal notice warning against the takeover. It says RVR has not repudiated its obligations nor its rights under the terms of the concession agreement.

Rift Valley Railway Investments is the holding company for the two companies that won the concessions to run the railway services of Kenya (RVRK) and Uganda (RVRU).

The Kenyan government early last year pulled out of the 25-year concession, accusing the Egyptian-run investment firm, Qalaa Holdings, of nonperformance. The concession was aimed at improving railway services in Uganda and Kenya.

Kenya disbanded its public railway corporation while Uganda maintained the Uganda Railway Corporation (URC) as an overseer. The government of Uganda in June last year joined Kenya when minister of Finance Matia Kasaija announced plans to pull out of the deal. Kasaija during the budget speech said government was terminating the RVR concession to operate the country's 1,918km network because of poor performance.

Rift Valley Railways allegedly owed Uganda Railways Corporation over $8.5 million in concession fees by mid last year. Ministries of Finance and Works and Transport agreed to pull out of the concession and ordered URC to take over operations.

RVR, however, refusing to handover the assets and operations to URC going by the legal notice issued. The notice says RVR is the only legal entity permitted to operate railway business inside the republic of Uganda, according to the concession agreement between the Uganda government and Rift Valley Railways.

Efforts to reach minister Kasaija for a comment were futile because he was neither answering nor returning repeated phone calls.  But Kasaija in a January 25, 2018 letter to RVR stated that it is clear "there is an absolute failure and refusal to perform or continue with performance of your explicit and critical contractual obligations."

He added that this amounts to a fundamental breach of the concession agreement. It is not clear whether the government exhausted all the requirements as per the termination clause in the concession.

But it appears like the minister's decision had been endorsed by the attorney general William Byaruhanga and the Works and Transport minister Monica Ntege to whom the letter was copied.

RVR claims that Uganda Railways Corporation does not have manpower and the requisite running stock especially locomotive engines to offer any freight railway services.

A former employee of RVR at Nalukolongo railway workshop told URN on condition of anonymity that the government is yet to come up with a clear position on workers' terms of service after it announced pullout from the RVR concession.

He said RVR has accumulated salary arrears to all the employees that had been placed under it under the concession. The workers are mainly in Kampala, Jinja, Tororo, Iganga and Gulu.

The source, who is one of the remaining technicians trained to repair French and German locomotive engines, says Uganda Railways Corporation can easily mobilise all the workers once the current RVR controversy is sorted.

He laments the fact the Nalukolongo workshop, once the best in East Africa and Africa at large, has been depleted of its resources like locomotives and spare parts as it changed management from Uganda Railways to Bombardier, Adtranz and latest to Rift Valley Railways.

The source said now the Nalukolongo workshop looks like a shell if compared to the 1980s and 1990s when its management began to change from URC to other players.

Seemingly all those people who constructed the first line were 'eaten' by lions in vain.

I think Kaguta should now act on the "BIG C" word and let those responsible for the fiasco 'swing' in Luzira. Hakuna mchezo, not mere words.
Report to administrator
0 #3 Akot 2018-02-10 16:10
rubangakene, thanks!

You just reminded us how it was dangerous, yet necessary to build the EA Railways that the British knew was necessary!

Remember, when lions killed African workers & those who survived ran back to villages & refused to go back to work?

Thr British administration brought workers from India to carry on & these learned how to protect themselves from lions, then Africans came back to join Indian workers!

While British left railways-roads-schools-hospitals..., what is museveni leaving as legacy?

Even when museveni concludes conquest of Uganda, how will Rwandese live in the new Uganda, will they make Ugandans constitutionally slaves to build/develop the kind of Uganda they want?

If only Ugandans wake up...
Report to administrator