A survey conducted by civil society organizations has indicated that 85 per cent of Ugandans do not support the proposed constitutional amendment to lift caps on the presidential age.

The study, titled: 'Citizen's Perceptions on the Proposed Amendment of Article 102(b) of the Constitution' was commissioned by Citizens Coalition on Electoral Democracy (CEEDU) and Uganda Governance Monitoring Platform (UGMP). It sampled 50,429 citizens in 80 constituencies across the country. It covered 22,926 females and 27,503 male respondents.

The findings released yesterday indicate that 95 per cent of citizens in the eastern region do not support the proposed age limit removal. In the northern region, 86 percent of the respondents rejected the proposal, while 76 per cent of respondents in western Uganda objected. Buganda (central) region had the least rejection rate of 66 per cent.

In Igara West, 83 percent of the sampled females and 88 percent males don't support the amendment. The constituency is represented by Raphael Magyezi, the mastermind of the private member's bill on which the proposed amendment is based.

The Great Lakes Institute for Strategic Studies (GLiSS) executive director Godber Tumushabe who presented the survey findings at Olive Gardens, Bugolobi said it shows Ugandans are unanimously opposed to the constitutional amendment. He said the findings also mean that government needs to subject the amendment to serious public scrutiny.

"There’s also need for parliament to come up with minimum standards on conducting consultations on such important matters like amending of the constitution. Because like I said, part of what triggered this study, was to say how can MPs go out there and somebody says I will consult my party, the other one says I will organise a public rally. How does that become a process of consultation?

Related to the above, the government needs to prevail over security organ individuals to desist from disfranchising citizens and the organisations who hold divergent views from those held some members in government", added Tumushabe. 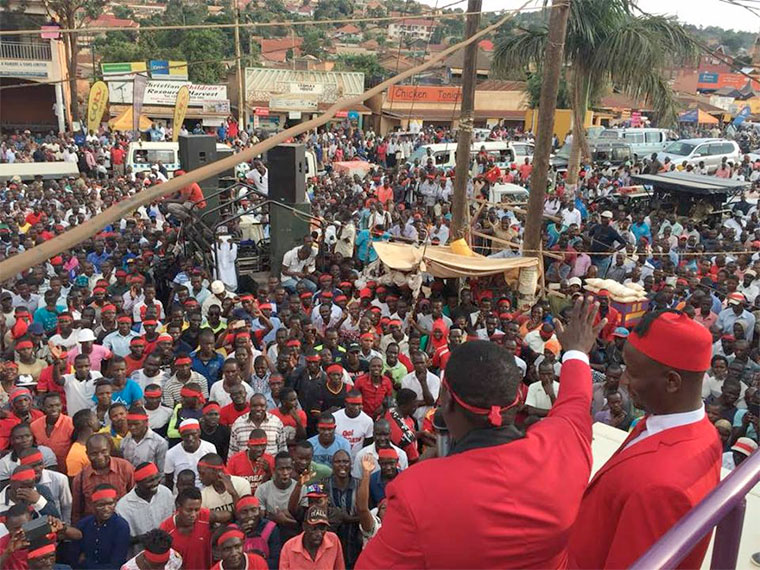 The three-month survey conducted between September, October and November was supposed to cover 100 constituencies but Tumushabe says it fell short of the targets because some research assistants were arrested or data confiscated by security agencies.

Dr Livingstone Sewanyana, the executive director of Foundation for Human Rights Initiative says the survey shows amendment of the constitution is not a priority for Ugandans. He says Ugandans would like to see government tackle pressing challenges such as unemployment, poor remuneration of government employees as shown by striking government employees.

And actually, the pattern shows you very clearly that where people are in dire need of services, they really don’t want to hear about anything about the amendment of article 102(b).

The Legal and Parliamentary Affairs committee which is handling the bill is now retreating at Lake Victoria Serena Resort- Kigo to draft the report anticipated to be presented to parliament on Tuesday next week.

The committee chaired by West Budama South MP Jacob Oboth-Oboth met President Museveni on Tuesday this week, who told them that Ugandans should have a final say on who rules them. During the meeting, Museveni argued that the presence of age limits for any elective office goes against Article 1 of the 1995 Constitution, the bedrock of that supreme law, which says "power belongs to the people."

Since Ugandans are the custodians of the Constitution and their country, the president said, they should be given the ultimate duty of determining how and who should lead them through regular free and fair elections instead of being merely "legalistic…If someone votes, why can't he be voted for?"

The amendment has been interpreted as a ploy to give Museveni a leeway to contest again for the presidency. Museveni who has been in power since 1986 will be aged 77 in 2021 when Uganda is supposed to have the next round of presidential elections. With the constitution capping president between 35 and 75 years, Museveni would be ineligible to contest.

It appears Ugandans are only waiting for museveni to conclude conquest in order to be aware of what is happening!

Is it not time Kony gets back on Acholiland & give Acholi chance for survival, more so Ugandans don't see the danger of staying tribally divided with ALL losing home to museveni & his people?

Without Unity & Now, it's a matter of tribal survival & time is running out for every tribe!
Report to administrator
1234