The Observer
Log in
Updated few hours ago
Ministry of Health has declared Uganda free from the Marburg virus disease (MVD). The declaration comes after completion of 42 days of the post Marburg surveillance countdown period for the contacts of the last confirmed case, as per the World Health Organization (WHO) guidelines.
The contacts of the last confirmed patient completed 21 days of follow up and an additional 21 days of intensive surveillance.

State minister for Health Sarah Opendi says health workers followed up with a total 316 close contacts of the patients in Uganda and Kenya to ensure that they had not acquired the illness. These included 230 contacts in Kween district and another 81 contacts in Kapchorwa district, in Sebei sub-region where the outbreak was first reported in October, this year.

Although 18 of these had developed symptoms of the Marburg virus disease, the minister says that the results tested negative at Uganda Virus Research Institute. She says the ministry has undertaken all the necessary surveillance processes to rule out a possible re-occurrence of the virus after the 42 days. 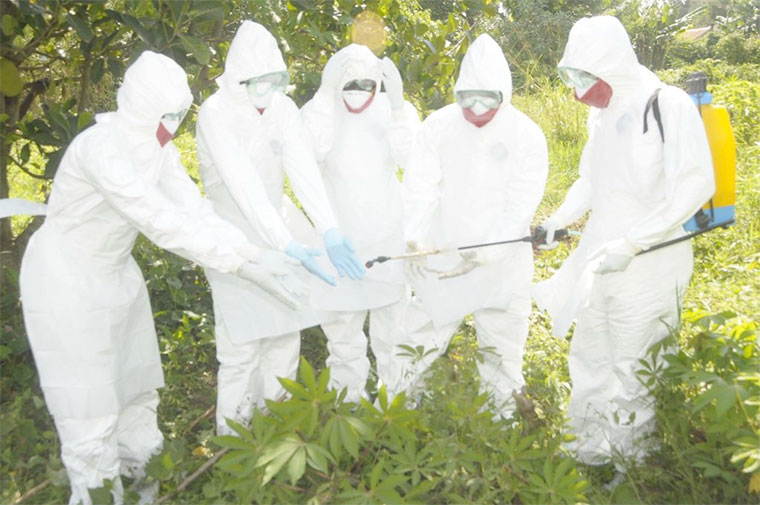 The ministry first declared the outbreak in October, after laboratory tests confirmed that the death of a 50-year-old woman was due to infection with the Marburg virus. A Public Health Emergency Operations Centre was immediately activated and a national task force led the response. Three people died over the course of the outbreak.

"As evidenced by the quick and robust response to the Marburg virus disease outbreak, we are committed to protecting people by ensuring that all measures are in place for early detection and immediate response to all viral haemorrhagic fever outbreaks," Opendi added.

Dr Mariam Nanyunja the Disease Prevention and Control officer at WHO explains how Uganda was able to contain the deadly virus only weeks after it was first detected.
"With their infection prevention and control measures that are recommended and we trained the health workers and were able to manage the patients with recommended barrier nursing. We also had to give psychosocial support to the families that are affected. All these are interventions within the response. We gave safe and dignified burials to the people that died where by you burry them in a safe and dignified way and the community is not infected", said Nanyunja.
Within 24 hours of being informed by Ugandan health authorities in October, WHO deployed a rapid response team to the remote mountainous area. WHO also released $623,000 from its Contingency Fund for Emergencies (CFE) to finance immediate support and scale up of the response in Uganda and Kenya.

In subsequent weeks, WHO and partners supported laboratory testing and surveillance, the search for new cases and their contacts, establishing infection prevention measures in health facilities, managing and treating cases, and engaging with communities.

Surveillance and contact tracing was also undertaken on the Kenyan side of the border by the Kenyan ministry of Health to prevent cross-border spread of the disease.

"The response to the Marburg virus disease outbreak demonstrates how early alert and response, community engagement, strong surveillance and coordinated efforts can stop an outbreak in its tracks before it ravages communities," said Dr Peter Salama, executive director of the WHO Health Emergencies Programme.
"This was Uganda's fifth MVD outbreak in ten years. We need to be prepared for the next one."