To mitigate the effects of climate change, government, through the Environment ministry, is set to operationalise the ‘Tree Fund’.

“There is some evidence to suggest that climatic changes in Uganda are connected to loss of forest and tree cover. In the last two decades alone, Uganda is estimated to have lost about a quarter (1.3 million hectares) of its forest cover,” according to the Advocates Coalition for development. 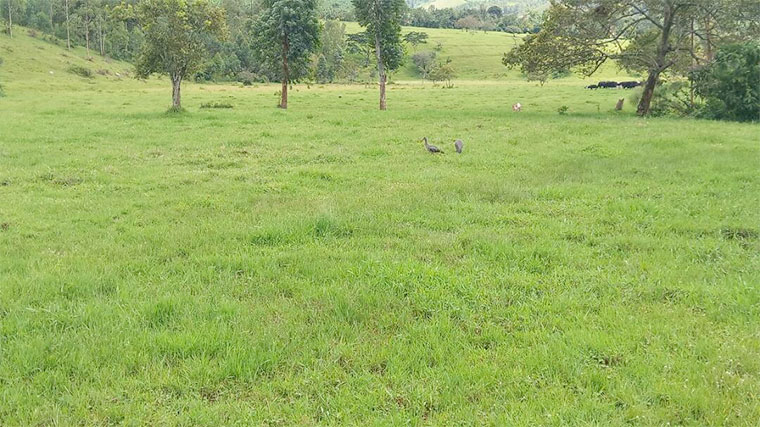 Over the years, similar initiatives have been hampered by limited financial resources. For instance, Section 40 of the National Forestry and Tree Planting Act provided for the Tree Fund, but it has not been operational.

At a recent media briefing, Dr Mary Gorreti Kituttu, the state minister for environment, revealed that the Tree Fund would be in operation beginning 2018. She explained that following discussions at the just-concluded Bonn Climate Change conference (COP23), there is optimism that government would secure the money.

“We agreed to consider loss and damage and we also agreed that an institutional mechanism has been put in place to handle it. We are going to operationalise the Fund,” she said.

Kituttu revealed that at the conference, developed countries pledged financial support. During the 2015 Paris Agreement, developed countries like German, China and South Korea promised to fund developing countries in Africa with $100 million annually to help mitigate the effects of climate change.

Kituttu revealed that part of this money would be channeled to the Tree Fund. She further revealed that African governments had requested that the rules for accessing foreign financing be relaxed.

“One would need to come up with a document of over 200 [pages] to get finances and yet the effects of climate change don’t wait. There have been very many stringent rules on us to access finances but we have been negotiating that these rules are softened,” she said.

Why? (a) They have failed to suppy adequate healthy economic tree seedlings (coffee, tea, etc) to farmers.

How would anyone expect them to do better with seedlings of trees with even much lesser economic value?

(b) The envronment is important but it has never been a high "to do" priority of this regime. So why now? (c) Trees for the sake of the envronment is over agricultural trees. (c) etc.

Whom are we actually fooling? [The World Bank and other sources of the milk, parhaps].
Report to administrator
0 #2 Wairagara 2017-12-01 13:07
The said tree fund is another NRA creation for family and relatives to milk our taxes by provision of exorbitant pseudo accountability, so the corrupt are warming their hands .
Report to administrator
0 #3 sn 2017-12-01 15:36
Tree fund is long overdue and actually didn't have to wait for international funding.

Rather we should have started, however small, but showing commitment so that the international community can then help us improve.

Moreover such a fund and its activities can be coupled to poverty management among the rural poor. It would be unfortunate if such a fund were to exclusively benefit the well to do folks.

The choice of trees can make a difference if fruits and herbal medicine are given priority as these respond to environment protection, health and income generation at the same time.
Report to administrator
0 #4 tumwesiga ellly 2017-12-04 12:17
well, while we appreciate and embrace plans like the Tree fund, there are short comings that government has not looked into carefully.

first of all, media coverage dull. people who have land in rural areas will never know that tree growing opportunities exist. secondary, we have the indigenous african trees which have been lost and their nutritious values too.

but NFA or ministry of environment does little to support people for that very cause instead exotic trees are being pushed to the edge no wonder why many people critiize the tree fund.

i my self have un used land that could be turned into tree seed oe food bank for the community.
Report to administrator