The revival of a multi-modal transport route from Dar es Salaam port to Port Bell in Kampala through the use of trains and wagon ferry services was one of the behind the scenes discussions during Tanzania's president Dr John Pombe Magufuli's three-day visit to Uganda last week.

The meeting between the two presidents discussed modalities of implementing the memorandum of understanding on joint cooperation for improvement of ports, Lake Victoria inland waterways and railway transport services.

Tanzania and Uganda signed the joint cooperation agreement in mid-July this year with the two ministers agreeing Uganda to use of Dar es Salaam port as an alternative route to the sea through the central corridor. 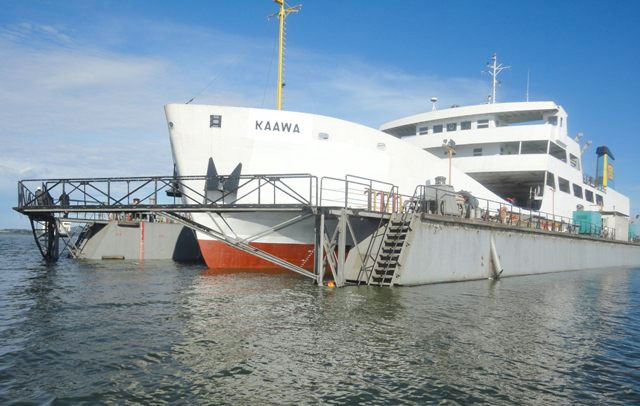 In their meeting at the State Lodge in Masaka last week, Museveni and Magufuli agreed on the way forward including financing and other requirements for the revival of marine transport services on Lake Victoria.

Tanzania agreed to build another railway ferry on Lake Victoria at a cost of Shs 50 billion. Uganda was tasked among others to improve Port Bell and the meter railway line from Port Bell to Kampala. The two presidents agreed that Uganda rehabilitates the 11km Kampala-Port Bell railway line so as to facilitate the transportation train wagons once the ship docks at Port Bell.

The meter gauge rail connecting to Port Bell and Jinja is currently dysfunctional, mainly due to encroachment and deteriorated infrastructure. Uganda Railways Corporation (URC) attempted to resolve the encroachment issues along the Port Bell line but met stiff resistance from encroachers. Tanzania Port Authority director general, Eng Deusdedith Kakoko in an interview said the plans can easily be put into action because some of what is required is in place.

It owns seven vessels with a combined deadweight carrying capacity of 1,420 tonnes and a passenger capacity of 2,140 passengers. Kakoko said Tanzania will add another ferry to be completed in two years' time.

"There is another new ship which the presidents that were talking about in Tanzania of about Tshs 25 billion - this is about 50 billion Ugandan shillings that is going to be made in one year. They were stressing the use of water to become efficient and cheaper", Kakoko said.

It is has been proven that water transport combined with Railway transport are the cheapest means of transporting cargo compared to road transport.  The cost of rail inter-modelled with water is seventy percent the cost of the road.

Uganda and Tanzania are eager to increase trade between themselves after it emerged that despite the good relations, there is little trade going on between the two.

0 #1 Julius Chama 2017-11-16 11:22
This z the very same rhetoric since indep. These leaders have greatly succeeded in feeding their citizenry on lurriburies.

What z there to trade in even when basic house hold survival z threatened. Poor tarrifs and diseasea. To hell with ur lies.
Report to administrator
+1 #2 SSebunnya Fredrick 2017-11-16 12:21
Its good for international relations but the EAC integration is a real dream
Report to administrator
0 #3 magotfuli 2017-11-16 15:52
This whole EAC thing is hogwash. It will never benefit the poor. Uganda has no economy.

There is no money at the bottom levels. A few thieves have the money and only they will benefit from this project and that's if it ever comes.
Report to administrator