A mini survey by The Observer has found that in the last five years, health workers have gone on strike at least 20 times in protest at poor pay and working conditions.

Most strikes had been localised in various districts and sometimes gone unnoticed but this ongoing countrywide strike is the first since 1996. The localised strikes would easily be crushed by government agencies or security informants like the residential district commissioners (RDCs). Nonetheless, they tell a story of a sector that has literally collapsed.

This means every year, at least four strikes involving health workers happen somewhere around the country. A medical doctor told us that the number would be high but “many health workers sometimes choose to suffer silently because of fear to be reprimanded.” 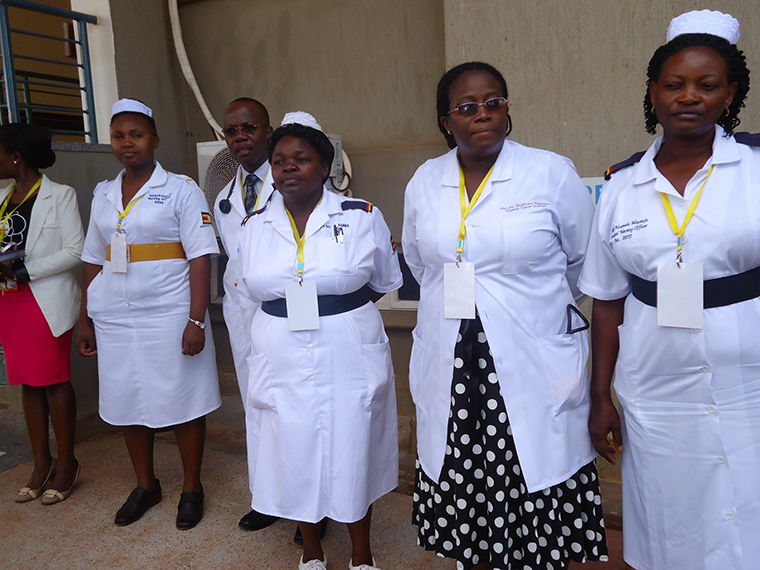 He added that unless it is a countrywide industrial action, many choose to stomach their grievances. The Observer has found that most of the strikes are about delayed pay. Some health workers worked for as many as six months without pay before they laid down  their tools.

For instance, in December 2015, health workers in Lyantonde hospital protested after they went five months without pay. The strike left hundreds of patients stranded without any assistance.

The health workers pleaded with government to at least give them a package to take them through the Christmas season.

In December 2016, health workers in Mbarara regional referral hospital put down their tools after they spent six months without pay.

Intern doctors have also demonstrated more than any other group, an indicator of a tumultuous relationship between government and this group, which actually helps fill up gaps in public health facilities that are under-staffed.

In 2016, the medical interns went on strike twice due to unpaid allowances and marched to parliament to demand that their grievances be heard.

In most of these strikes, health workers have been bulldozed back to work. In April last year, Jinja workers were threatened back to work. The current countrywide strike is a build-up that has been piling up over the poor conditions in the sector.

Dr Ekwaro Obuku, president of the Uganda Medical Association (UMA), said they have been struggling for better working conditions since 1996.

He said since then, there had never been a countrywide strike for health workers. However, the sporadic strikes that have been happening in different districts spoke to a failing system. He told The Observer in an interview last week: “We are talking about a sector that has collapsed.”

The continued strikes among health workers shows a clear lack of political will to solve the medical professionals’ issues. 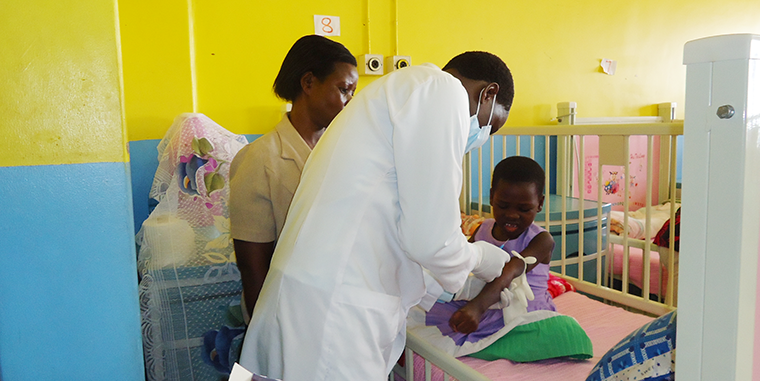 Last year, President Museveni rejected a pay rise plea from doctors, instead promising them land where they could build a Sacco and start saving. He said the state needed to focus on strategic investments that need a one-time expenditure yet have an influence on the system.

“Educated people like you [doctors] must address these bottlenecks in a prioritised way. When we are discussing priorities, we need to focus on those that don’t need recurrent expenditure like salaries,” Museveni reportedly told health workers at a dinner organised by UMA.

In September last year, Health minister Jane Aceng denounced the medical interns in Mulago who called for a strike. She told parliament then: “Currently, the ministry of Health does not have any interns.

“The group that went on strike, we don’t know them. You only become an intern when you have been taken on.
“So before you are taken on, you are between a student and being taken on.”

Threats come from different officials, RDCs and district chairpersons being the main actors that threaten to sack striking medics.

On Thursday last week, Aceng called a press conference at 8pm at the ministry of Health offices in Wandegeya. He told journalists that the doctors’ strike was illegal and they should go back to work or be fired. The doctors refused.

On Monday, Prime Minister Ruhakana Rugunda twitted that “Cabinet had established a committee to engage doctors to bring the industrial action to an end.”

0 #1 Mubiru 2017-11-15 16:37
Why did these Doctors never went on strike for lack of just elementary medical facilities for the dying poor Ugandans?

They "work" in facilities called "hospitals" with no beds, no medicine, no anything for dying unconnected poor miserable Ugandans.

These facilities stink like latrines with flies (nsowera) swarming all places. Mbu many of these doctors have private clinics which are fully filled by medicines and other equiment stolen from government hospitals where they pretend to work during day time and resort to their clinics where they charge poor extremely high charge for treatment in evenings..

The poor are dying on streets while these men and women called doctors are enjoying the fruits of stealing and none of them goes on strike to save the dying.

Of course they may have genuine cases but many of them don't practise what they were taught in the their schools of Medicine. That is damning hypocrisy.
Report to administrator
0 #2 Ndawula 2017-11-16 08:33
If you are taught how to dig by your father, he will expect you to go to the garden and show your digging skills.

How can you do that without the hoe? You are a good footballer and your team managers send you to the field without a ball, but expect you to show your skills.

Let us mention the problems on the ground clearly with true knowledge. Doctors are human and have families they need to fend for.

One of the reasons for striking is the need for better working conditions. If anyone knows about a thief somewhere, they should report that thief to the authorities.

Generalizing issues like "doctors are thieves" is counter-productive and counter-intuitive. Besides, emergencies are being handled.

Doctors have private clinics like other public servants have kiosks and other businesses.

They get loans to make their businesses better. Should they fear to do so because someone somewhere will say they are thieves? No. Everyone wants a thriving business whether they are doctors or not.
Report to administrator
0 #3 Lakwena 2017-11-16 08:35
"... build a Sacco and start saving.", is sickening and BS of the highest order.

In other words, in Mr. M7's world of deception, malice, indifference, selfishness, cruelty and obscurantism; doctors and other public servants should save what they don't have.
Report to administrator