Prominent lawyer Sam Mayanja has submitted a thought-provoking analysis of mailo land to the commission of inquiry into land matters.

A renowned lawyer for President Museveni and the NRM, he questions the legality of the Buganda kingdom establishment, through the Buganda Land Board, to own the 350 square miles and recommends that the Traditional Rulers (Restitution of Assets and Properties) Act 1993 should be amended to bring it in line with the Constitution, writes DERRICK KIYONGA.

The Justice Catherine Bamugemereire-led seven-member committee started work in May and has investigated land issues countrywide, meeting several people as it seeks to find a solution to the land-related challenges in the country.

President Museveni instituted the committee to probe land wrangles and it is expected to table a comprehensive report to provide solutions.

It is under this context that Mayanja, a senior partner at Kampala Associated Advocates (KAA), sought to help the commission understand the land problem from a historical perspective. He was aided by fellow lawyer Catherine Nansubuga in writing the submissions.

In the preamble, a copy of which The Observer has obtained, Mayanja says the gist of his submission concerns the mailo land tenure system, which is predominantly in Buganda premised on the 1900 Buganda Agreement.

He also cites the laws surrounding land administration and regulation of the mailo land tenure.

When reached for a comment on Friday, Mayanja confirmed authoring the submission. “My goal is to put the truth straight and help everyone concerned to bring their actions in line with the law,” he said.

But first, Mayanja tackles the Traditional Rulers (Restitution of Assets and Properties) Act. He notes that the act is inconsistent with the Constitution and, therefore, is liable to be challenged in the Constitutional court unless it is amended.

Mayanja seems to allude to the fact that the act was instituted in 1993, two years before the current Constitution was promulgated, something he says casts doubt on its constitutionality.

The Act is crucial when it comes to cultural institutions because it had an effect of restoring traditional assets and properties confiscated by state when Milton Obote abolished kingdoms on September, 17, 1967.

The kingdoms that Obote abolished following the abrogation of the 1962 constitution were Buganda, Ankole, Bunyoro, Tooro and Busoga.

Mayanja says among the assets restored following the institution of the Traditional Rulers Act is Kabaka’s official 350 square miles of land. He notes that this was the land which was owned by Buganda as a province [federal state] under the 1962 constitution.

At the time of the institution of the Traditional Rulers Act, Mayanja says, there was neither the provincial, administration nor kingdom of Buganda Federo administration under which the official mailo could be restored.

“These 350 square miles of official mailo are constitutionally under the administration of the district land boards; so is the Namasole’s (Kabaka’s mother) 10 square miles and the seven square miles encompassing Bannalinya’s (Kabaka’s sisters) land,” he asks.

Mayanja further notes that government recently returned official mailo titles to the Buganda Land Board (BLB), the entity that is in charge of managing Kabaka’s land. 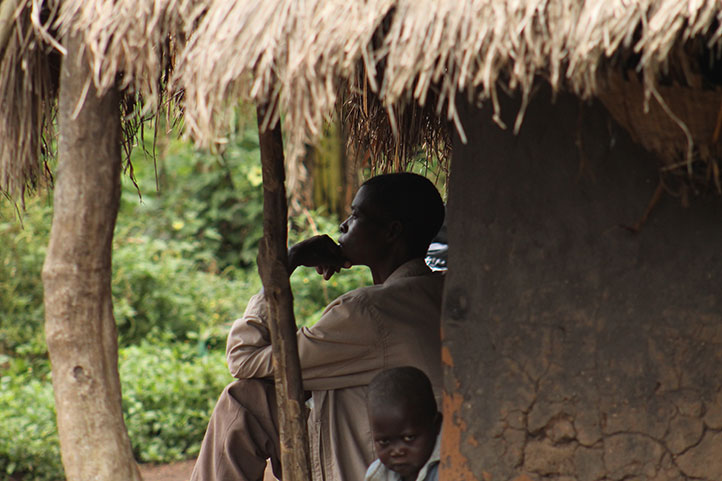 However, he says, those titles are officially supposed to be for the ‘Ssazas’ (counties) and ‘Gombololas’  (sub-counties). Mayanja seems to be referring to over 295 land titles that the central government has handed over to Buganda kingdom since 2015.

The move was in fulfillment of the memorandum of understanding government inked with Mengo in 2013. But Mayanja pokes holes in the move, saying the return had no legal instrument and in any case he says government cannot legally give away public land to a private entity in the name of BLB.

In the 25-page document, Mayanja takes aim that the Busuulu and Envujjo law which he accuses of having a lot of ‘archaic provisions’ and, accordingly, he says that it should be modernized and overhauled without tampering with the security of tenure which the law has accorded to Bibanja holders.

For instance, he cites Section 11 of the Buganda Busuulu and Envujjo Law of 1928, which provided  that: “No tenant may be evicted by the mailo owner from his kibanja save for public purpose or for other good and sufficient cause unless a court having jurisdiction shall have tried the case and made the order of eviction.”

The same law also provided that: “while a tenant is still prosecuting his appeal, or until the time for appeal has expired, he shall remain in undisturbed possession of his kibanja until such time as the order of eviction shall have been received from the final Court of Appeal.”

This law, according to legal analysts, was a principal foundation of the current Land Act of 1998 and the subsequent 2010 amendments therein. 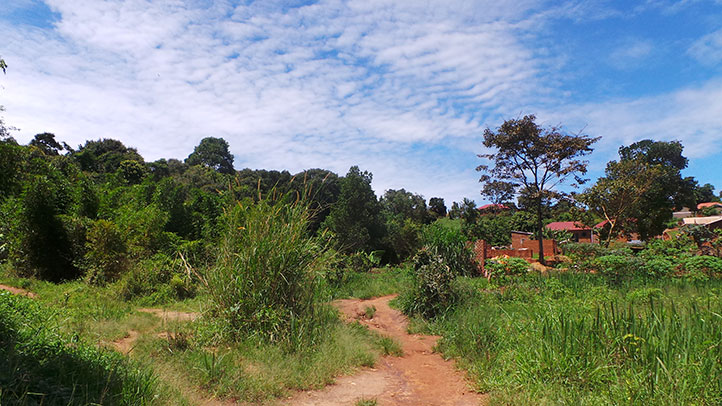 “Busuulu and Envujjo payment should be abolished and leasehold should only be extended by either the land commission or district land boards,” Mayanja opines. “This is to enable those with leaseholds to be protected by the provisions outlined in the guidelines on the on the administration of land under the Land Act.”

He further argues that procedures should be enacted where a kibanja holder should be allowed to convert to either freehold or mailo.

Mayanja also delves into the utilization of land. Under the mailo system, Mayanja says only the kibanja holder was required to utilize land for economic purposes. When Asians were introduced in to Uganda’s system, Mayanja says, they were accorded land under the lease system and all leases carried developmental conditions.

“These conditions transformed the economy of Buganda and Uganda into a leading producer of coffee, cotton, tea and sugar, among other cash crops,” he says. “Kibanja holders used the land to build their homesteads and carry out economic activities.”

This requirement of a kibanja holder to develop the kibanja and the Asian to conform to conditions imposed in their leasehold offers, Mayanja says, was the basis of agricultural development in Uganda and gave encouragement to Asian leaseholders to start building the towns and municipalities.

On the other hand, Mayanja says, the mailo owners simply collected rent and subdivided their mailo land for sale.

“It is surprising that from 1900 to date, no single development project was set up on the hundreds of official mailos,” Mayanja argues.

In conclusion, Mayanja advises that there is need to revisit the whole concept of mailo land.

“Aside from creating a privileged class of landowners whose consideration was loyalty towards and collaboration with the colonial masters to keep law and order, among other things, it provided no development incentives whatsoever,” he says.

“There is still need to inquire into and modernize some of the laws on mailo ownership. In a phone interview, Noah Kiyimba, Buganda kingdom’s spokesperson, refused to comment, saying that he is yet to read Mayanja’s submissions.

Keep on dreaming traitor. Some of these guys use baganda names when they are from somewhere else.

I have a feeling they are Baganda acting as amplifiers fir the Ssabalwanyi who is obsessed with grabbing Buganda's land.
Report to administrator
+3 #4 Jah bless 2017-10-30 17:46
People will do anything to get bread n butter but whatever machinations you will leave this land here and be buried somewhere else.
Report to administrator
+4 #5 Empayippayi 2017-10-30 18:16
Quoting lubabuka:

Mr. Mayanja is echoing his master's voice.
Report to administrator
0 #6 kabayekka 2017-10-30 20:46
Considering the records of this government over the period of 30 years rule it has been in power, not much has been done to improve the land problems.

If this same NRM government was ruling the same during the Anglo-Buganda protectorate Agreement period of 1890 to 1962, that is 72 years ago, there would be real chaos and war between the African rich and the African poor in the whole of the country of Uganda.
Report to administrator
0 #7 ricardo nyanza 2017-10-31 00:33
EMPAYIPAYI dont worry Ugandans have already found a cure for these wannabees ask that mubende guy nsubuga who was nearly strangled.

We have to continue attacking the demons who do Musevenis bidding. Let him provide them with bodyguards even in toilets.
Report to administrator
0 #8 Rajab Kakyama 2017-10-31 06:23
" who comes to equity should do so with clean hands" Mayanja's argument seems to only favor the tenants and badly injure the landlords leaving them with no recourse.

Two. If you're taking away from the landlords using the 1995 constitution, then, why do you have to reward the tenants by citing the laws of 1928 and 1962, is it not "double speak?"
Report to administrator