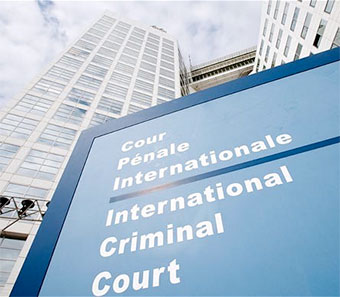 Uganda has not made any attempt to withdraw from the Rome Statute, the founding treaty of the International Criminal Court (ICC) attorney general William Byaruhanga has said.

Byaruhanga was presenting before parliament, a statement on the status of Uganda's membership to The Hague-based court following fears, that Uganda was likely to end its relationship with the court, in the wake of withdrawals by South Africa, Burundi and The Gambia.

The three had announced intentions to withdraw from the Rome Statute, claiming that the court has been used to persecute African leaders. However, The Gambia rescinded the position after its authoritarian leader Yahya Jammeh was ousted in a presidential ballot.  The decision by South Africa, was also blocked by a judge, who said, that the planned withdrawal was unconstitutional without prior parliamentary approval.

Uganda, like Kenya and Namibia has previously criticized the ICC for being biased against African leaders while ignoring atrocities and crimes against humanity masterminded by leaders in Western countries. Nine out of the 10 cases being investigated by the ICC involve alleged crimes in Africa.

President Yoweri Museveni has over the years described the court as a "biased instrument of post-colonial hegemony' and a bunch of useless people adding that the court did not have the value that they had expected it to be.

But Byarugaba says although Uganda has reservations on the operations of the court and the perceived targeting of African leaders, it has not considered withdrawing from the Rome Statute.

He prides in Uganda's move as the first country to make a referral to the ICC leading to the indictment, in 2005, of Joseph Kony the leader of the Lord's Resistance Army and four of his top commanders.

“Whereas African members at every opportunity restated their commitment to the cause of international justice, they have also consistently advised that the one-size-treat-all approach to complex dynamics within and between the countries is not helpful. They have also counseled that justice cannot be sacrificed at the altar of peace. Peace too cannot be sacrificed at the the altar of justice. At the very best, we must seek a fine balance. Accordingly, the continent has on a number of occasions called upon the court and the United Nations Security Council to strike the balance between the two concepts whenever the circumstances so warrant", Byarugaba said.

Uganda's troubles with the ICC heightened with the invitation and failure to arrest Sudanese president Gen Omar Al Bashir when he attended the swearing-in ceremony of President Museveni in May 2016. Bashir is wanted for alleged war crimes, crimes against humanity and genocide in Darfur.

Under the Rome Statute, countries have a legal obligation to arrest anyone sought by the tribunal. But Byarugaba told parliament that the invitation to Bashir was similar to the invitation extended to all head of states of neighbouring countries for the occasion, backed by a precedent set when former UN chief Ban Ki Moon invited Bashir to attend the ICC review conference in Kampala 2010.

He says Bashir remains an actor for the stability for Sudan and Africa adding that the ICC has equally acknowledged the concern by African states.

+1 #1 Lysol 2017-04-04 20:30
The regime is only in bed with the ICC when it favors its causes, like the case of one Kony. But when the ICC also raises questions about the regime and it's friends and cronies, it always turns against it.

Museveni should have known from day one that be careful of what you wish for. It might come back to bite you in the ass. And it will one day.
Report to administrator