On February 24, 2015, the United Nations Commission on International Trade Law (UNCITRAL) dismissed a case filed by Heritage, which had challenged a decision by URA to collect a Shs 1.1 trillion capital gains tax. This was after Heritage sold its stake to Tullow Oil. The court directed Heritage to pay 11.5 billion in costs to Uganda.

Akol wrote a follow up letter to President Yoweri Museveni on June 26, 2015, reminding him of the "presidential handshake" in appreciation of a team of 42 members who handled the tax arbitration case in London.

Akol proposed that Shs 6 billion is paid to the team as take-home package for their work.

"The amount recommended as a reward is an amount that will enable the beneficiaries use the funds for something tangible, i.e, to leave a legacy to remind them and their offspring of their contribution to the nation," the letter reads in part.

She said the recommended amount, of which Shs 2.3 billion was deduction of taxes, would enable the beneficiaries acquire a decent plot of land or facilitate finishes on home construction.

In response, President Museveni, in a November 16, 2015 letter, directed the Minister of Finance, Matia Kasaija to effect the payments, as a token of appreciation to the team.

The ministry's permanent secretary, Keith Muhakanizi wrote to Akol on May 25, 2016, stating that the funds could not be allocated as supplementary then, but that it would be paid out in FY 2016/2017.

The money was paid out in August 2016, with Akol receiving Shs 242 million. Former attorney general, Peter Nyombi received Shs 226 million; his deputy then Fred Ruhindi got Shs 93 million, while Muhakanizi is quoted to have got Shs 108 million.

The pay outs have caused uproar among members of the public and legislators, who have demanded that Parliament conducts an investigation into the matter. 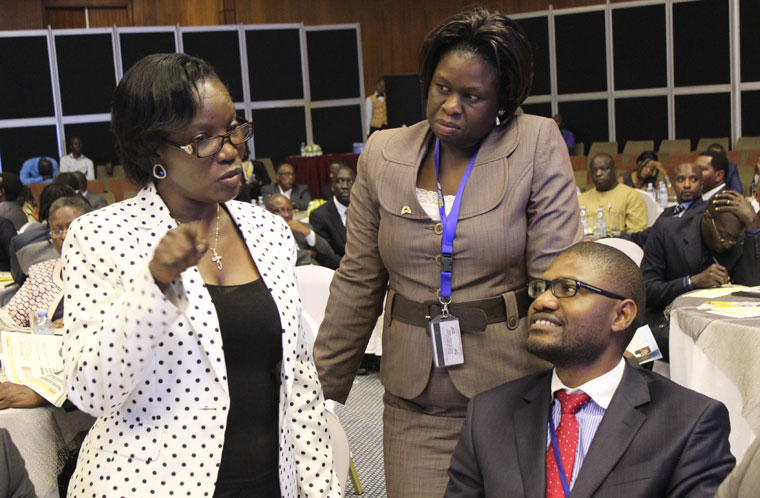 Below is the press statement from URA

Following Uganda’s victory over the UK- based oil company Heritage that saw a combined total of USD700m brought into Government of Uganda coffers; in appreciation of the exemplary performance of the Ugandan team – Government through the office of the Attorney General recommended that the multi-disciplinary and multi sectoral team of officials that had participated in a core, non-core and support staff capacity be commended and appreciated by a Presidential Handshake totalling Shs 6bn.

It is standard international best practice for employees to receive bonus payments/ or honoraria for exemplary performance in both the public and the private sector. Equally under the Ugandan Constitution; the President has a prerogative as a fountain of honour to reward exemplary performance and this has been exhibited in the fields of health, academia, sports to mention a few.

For the record the payments went through the necessary approvals as required by the Public Finance Management Act as amended. The Commissioner General was duly appointed as an accounting officer to disburse respective payments to designated beneficiaries after deduction of applicable taxes and other statutory deductions.

The Auditor General duly issued an audit warrant to authorize spending. In accordance with the accounting officer’s mandate, the designated beneficiaries received their payments.

We have noted misconstrued information published in some dailies and online publications to the fact that payments were illegal, no approvals were obtained and that government officials ‘hatched a plan’ to share the oil bonanza. The published information is followed by an alleged list of beneficiaries that is inaccurate in terms of names and amounts attached to them.

The facts are:-
1. The team brought in a combined total of USD 700m into government coffers after a series of court battles in Uganda’s Tax Appeals Tribunal, High Court, Court of Appeal; and High Court of London, Court of Appeal of UK, and two international tribunals. This was from the Heritage transaction and the subsequent Tullow transaction.

2. The two cases were an unprecedented win for the country, and the first of its kind in Africa in the sector of Oil and Gas Taxation.
3. In appreciation of this exemplary performance; the Government of Uganda granted the team involved an Honorarium or bonus/ or golden handshake totaling UGX6bn. This represented less than 1% of the amount brought in or defended.
4. Prior to payments being done; all payments underwent the necessary approval processes as provided for under the Public Finance Management Act as amended - for close to a year.

Conclusion:
The Presidential handshake granted to the multi-disciplinary and multi sectoral team of officials was not illegal and followed all due government processes. It was meant to appreciate the professionalism and patriotism exhibited by the team members, especially their ability to resist all pressure and compromise given the magnitude of the figures involved.

The whole system is rooted and corrupt to the core.

What can one expect? May God rescue Uganda! Amen.

Lysol meant that, the whole system is rotten, not rooted. Typo error, I guess.
Report to administrator
12