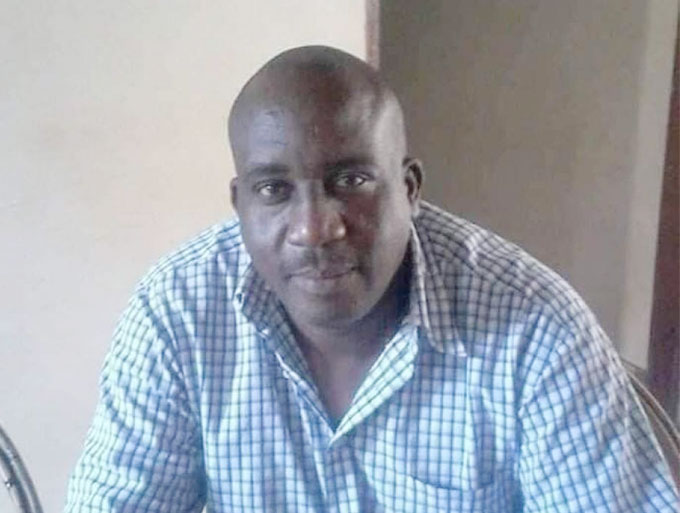 James Kalumba, who went missing on August 8 was found in the wee hours of Monday morning lying dead in a swamp along Entebbe road.

Beatrice Nakasujja, the deceased’s daughter said that her father moved out of his home at Bweya-Kajjansi town council at around 9:30 pm but never returned.

Kalumba had earlier returned at around 8 pm after reportedly spending the whole day at the Lands ministry at Parliamentary avenue. However, at around 9:30 pm, according to Nakasujja, he moved out seemingly going to meet someone and that was the day he was last seen until his body was discovered in a swamp.

“He was kidnapped from his home on August 8th in Bweya Kajjansi. His body was found in a nearby swamp. It is not so far from his home. We suspect they just dropped him thereafter killing him. If he had been dumped there so long he would have decomposed," said Nakasujja.

Nakasujja said they opened a case at Kajjansi police station and all along they have been getting promises from police that he would be discovered alive. She dismisses claims that her father had had a job-related issue that could have led to his kidnap and subsequent murder.

“We don’t think it something to do with a job. He was working with Motorcare and he had resigned sometime back. His former bosses were with us throughout the search. We suspect land issues between him and his sibling. He was the heir to his father,” said Nakasujja.

Aged 57, Kalumba inherited his father, John Ssenfuka's estate. However, his efforts to keep his father’s estates intact were futile after his siblings reportedly insisted that the property must be divided and he gave in.

“Siblings wanted their share. They agreed to split the estates equally and they did. One of them was interested in the other sibling’s space and they complained to him. He got stressed because he thought everyone was happy. He was not a politician neither a dealer. That is why suspect land matters could have caused his death but we do not have conclusive evidence,” added Nakasujja.

Kalumba’s family claim that police did not do enough to save his life since he has been in captured for over a month. However, Kampala Metropolitan Police spokesperson, Patrick Onyango, said Kajjansi OC- CID is compiling a report on Kalumba’s kidnap and murder investigations.

The incident comes two days after a social worker, Maria Nagirinya and her driver Ronald Kitayimbwa, were kidnapped and later found killed at Nama sub-county, Mukono district. Police have so far arrested 10 suspects.

+1 #1 WADADA roger 2019-09-03 23:12
Mafias are really enjoying this country, they use the law to push others into a corner yet they dont respect any law or any one, one day they will die a painful death
Report to administrator