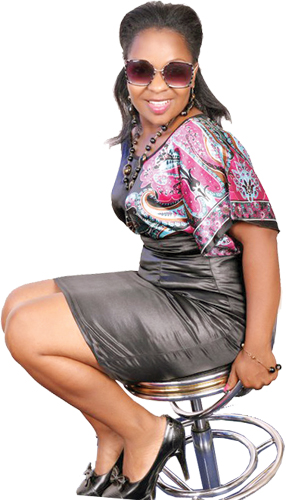 She was once a stubborn little girl that stood on desks at Arya primary school to mime and rap songs by Vanilla Ice and the Fugees.

Now 29, Gaudencia Yallah still has that captivating personality that is very difficult to ignore.

She has nurtured her music and dance talents since high school at Kitante Hill School, where she used to entertain classmates during morning and lunch breaks. Nevertheless, she dreamt of becoming a lawyer, thinking that she would juggle it with a music career.

And born in Kamwokya on Bukoto street, a place that can be compared to Detroit’s Motown Records in America, Yallah was destined to do music. Kamwokya churned out Bobi Wine, Butchaman and the Firebase Crew as Detroit did Stevie Wonder, The Jackson 5, The Temptations, Aretha Franklin and The Supremes.

Despite acing her classes, Yallah joined X-Factor, a girl group managed by Roger Mugisha, which then performed at Sabrina’s pub and DV8. While in X-Factor, she realized she was better off as a hip hop artiste than a dancer. Even then, Yallah received a lot of recognition and built such a fan base that she considers herself Uganda’s first lady rapper.

To her, an MC in the hip hop industry is one who sings music that changes people’s lives, unlike a rapper who sings for publicity and fame.

“I believe since most of my songs, like Back to the Cross and Truth, preach the gospel, many lives have changed. This makes me a proud MC Yallah,” she explains.
Yallah is simply a Jaluo name, like R. Yallah runs in Kenya’s Luo lands, where the entertainer has her roots.

When it was rumoured that Mugisha’s other group, Shadow’s Angels, was a devil’s agent, it collapsed along with X-Factor. Yallah and fellow X-Factor members then became born-again Christians.

She later got married and now has two sons, Jessie and Jason. As a result, Yallah is also known as Mama Jessie at Lower Naguru stage, where they first lived before they moved to Kisaasi.

On music and awards

Since she had left a mark in the industry back then, she reappeared in 2009 with Abakyala, which highlights the changing status of today’s woman compared to her traditional aunt. The hit was also redone with artistes Prossy Patra and Lady Slyke.

Away from the usual born-again dawdling songs, Yallah’s hip hop gospel and positive songs will keep you on your feet as you nod to the beat. Of the 10 songs she has composed, four have videos.

These songs are: Ndete, Abakyala, Truth, Back to the cross, kupakasa, Jesus’s calling, two faces, step on the enemy, testify and dreamer. Her Abakyala was nominated as the best hip hop song in the 2010 Diva Awards.

And in 2011, MC Yallah emerged best hip hop artiste in the Olive awards. In addition to the nominations, Yallah is glad to have performed alongside Jamaican gospel sensation Papa San in 2006.

She was also the best artiste at the East African talent convention in Kenya. An ambitious woman keen to tighten her career laces, MC Yallah has embarked on collabos with Tickietah, Lady Slyke, Prossy Patra, Christo-fabulous, Exodus and Hyperman. But she prefers to write her own songs, because this is when she can best express her feelings and experiences.

‘Who influences you in music?’ I ask.

Although not many Ugandans may know Yalla, it is not because she is media shy. She has appeared on Hot 100 FM, Alpha FM, the Late Show on WBS, Katogo on Record TV and The Beat on UBC.

Ten years from today, Yallah wants to raise a generation of hip hop artistes as a way of reforming street children. She also hopes to have more collabos with bigger artistes to climb higher on the ladder of fame.