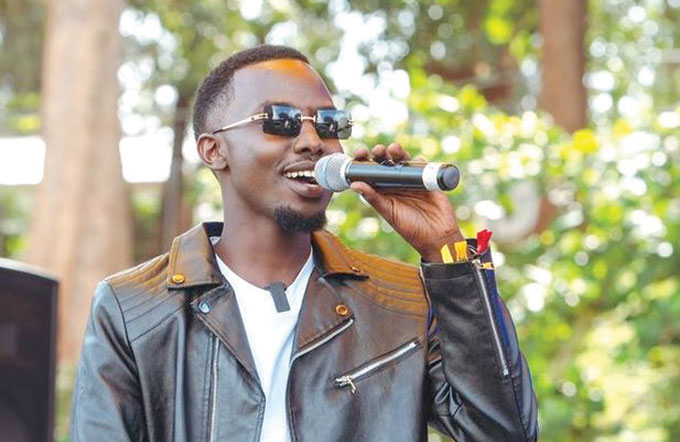 KOHEN JAYCEE is an Afro-RnB singer/songwriter. With three EPs so far under his belt and a debut album on the way, the 25-year-old is generating buzz among music lovers for his smooth vocals which accompany his afro-urban sound. Quick Talk caught up with him and talked about his budding career.

Could you briefly tell Quick Talk about yourself?

My real name is Cohen Mwesigwa Jr. I am the first born of four children. Born and raised in Kampala around Kamwokya, Ntinda and Namugongo. Kohen Jaycee is a more complicated character; I am undergoing a lot of self-discovery and still learning a lot about myself and how much of it I can put out there. I have always been passionate about music and I have been singing for as long as I can remember because my mum is a big music fan.

Where did you go to school?

I went to Buganda Road primary school, Uganda Martyrs SS Namugongo for O-level and St Mary’s SS Kitende for A-level. I got into a lot of trouble while at Namugongo because they were all about the books yet I wanted to do some music too. But at Kitende, they appreciate creativity and I got a chance to express myself musically. Then for university, I went to ISBAT University, where I graduated with a bachelor’s degree in multimedia and animation.

How do you start doing music?

I started singing when I was still quite young when my cousin and I would record ourselves on cassette tapes and play them using my mum’s cassette player. I started singing all the time even at school, which actually would get me in trouble sometimes. I would always be with a record player or find me in the music room when I was supposed to be in class.

I have been doing music professionally since 2018 when I released my first song, Whine Slow, which I did from an instrumental I downloaded online. In February 2019, I dropped arguably my biggest song so far, Not Letting Go, which did so well. In November of the same year I released my first EP, Wena, which did well on streaming platforms. In 2021, I released my second EP Wena II and my third EP Heartstrings dropped in November last year.

How would you describe your music?

As far as my sound is concerned, I would like to identify as an African RnB artiste; I would say I do RnB music and the fact that it is from Africa, makes it Afro RnB. I also do soul and a little bit of pop. I would say I make feel-good, uplifting music that makes people feel nice about themselves and appreciate love.

What inspires you to write a particular song?

I write from personal experiences because at the end of the day, I am the main character in my movie. I write majorly late at night when the world is very quiet because that is when I can hear my thoughts clearly.

What was the inspiration behind your latest EP, Heartstrings?

Axon [music producer] and I sat down, went through our archives and from a shortlist of 15 songs selected four songs and we put them out as an EP. I was very particular about Heartstrings; it is a very short catalogue of 12 minutes with only four songs. But then, every song has a different emotional state.

There is Nkulinze which is about longing for someone you love, Don’t Leave Me which is about heartbreak, Ninyenda Iwe which is a celebration of love and Byokola which is about deception in relationships. I chose the title Heartstrings because I wanted to tag at people’s deepest points of feelings with every song.

It was very busy. In 2022, I started working with a management team and some weight was taken off my shoulders. The whole of 2022 was more of me having visibility so that people could put face to the voice they listen to. I was booked almost every week and it has been great exposure for me.

My mum wanted me to be a lawyer and I also wanted it. But I had started doing music during my senior six vacation where I was singing in a poetry band put together by Peter Kagayi. So, at the end of the vacation, I had to sit down and give mum this heartbreaking news that I wanted to pursue music and surprisingly, she was supportive of my decision.

However, she still advised me to study something at least in line of the creative industry and that is how I landed on the multimedia and animation course I did.

You seem to attract more of the urban audience....

Well, that is something I have had to think about a lot. I know I appeal more to the urban audience but then I do not want to limit myself. When I started out, I was really trying to sound like the Western artistes but along the way, I have learnt a lot about Africanicity and how you can identify as an African artiste. I had to go back to the drawing board and cultivate a style of music that can be relatable by everyone no matter where they come from.

Which artistes do you look up to?

They are many but my top three would be Maurice Kirya, the late Mowzey Radio and Naava Grey. But I also credit A Pass who paved the way for music digitalization in our industry. As far as work is concerned, I love what John Blaq did for himself; he is the truest definition of from grass to grace.

Do you play any music instruments?

I used to play like one or two songs on a guitar but my voice is my main instrument.

What do you do in your free time?

I am a very taciturn person; I like my me time. So, in my free time, I am probably watching a movie. But I also appreciate time with my friends. I usually call them up and we go to our usual hangout in Najjeera and chill.

Are you in a relationship?

I’d rather not say [laughs shyly]. It is good to leave people guessing.

How do you handle the attention from the ladies?

Haaaa... it is crazy; it is a lot. But I appreciate my lady fans. At first I never knew how to act whenever they would meet me somewhere but now I know exactly what to say. I be like, “thank you so much for listening to my music and sharing”, and if they want a picture, I take it. If you treat yourself with respect, even the fans approach you with respect.

Ever been heartbroken before?

Yes, I have [laughs]. I would be lying if I said I haven’t ... Though for me instead of sulking and being sad about it, I write a song.

Year 2023 is here, what should we expect from you?

In 2023, everything that I have been working towards; building, researching and trying to grasp, is when we are going to put it all into practice. This year is when I am going to release my debut album, which is going to be self-titled with my real African name (Mwesigwa). It is going to be one of the truest expressions of self.

Ykee Benda and I linked up in studio and cooked up a few jams. I have been working with A Pass for some time. I have also been in studio with Maurice Kirya and we did something. All these collaborations will be on my upcoming album.

So, you should expect more amazing music. I want to improve my performance set because now I have a whole catalogue of songs and so, I want to put myself in a position where I can do an hour-and-half performance set.