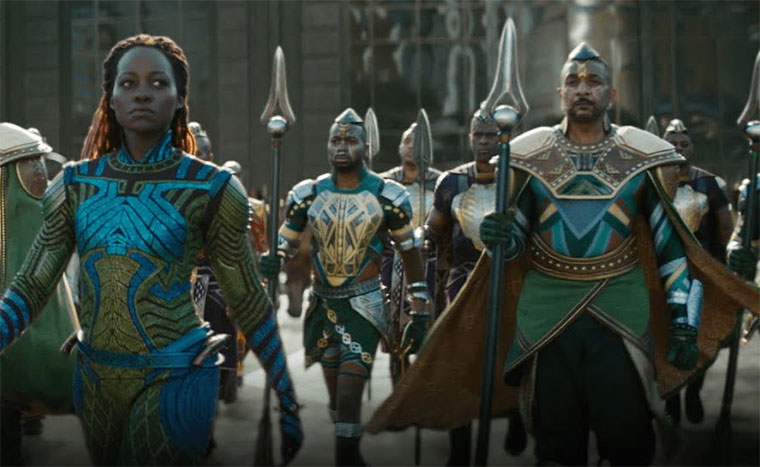 A scene from Wakanda Forever movie

On the surface, that does not really matter; people win these awards every year, but Basset’s win is generating a lot of buzz because this is Marvel’s first significant accolade.

The DC film universe has tried and failed to compete with Marvel. For years, DC fans have consoled themselves by arguing that DC reigns victorious in games, TV, and animation. They have recently added awards to that mix.

I don’t see the merit in those arguments. After several successful titles (Spiderman, Guardians of the Galaxy), Marvel has already closed the gap in video games. Yes, the ‘Avengers’ game failed, but so did ‘Gotham Knights.’ But you don’t see anyone writing DC games off because of one stumble.

Where animation is concerned, I think DC’s animated movies are garbage. Some of you hold DC’s animation in high esteem, but I don’t understand why. Maybe you are such avid fans of the source material that you cannot help but celebrate any adaptation that accurately recreates your favourite comic book storylines.

This is where DC’s animated projects shine. Unlike the live-action films, which are very loose adaptations of the comic books, DC cartoons endeavor to replicate the characters, costumes, fights, and arcs from the comics in their entirety.

But here is the thing; comic book accuracy does not matter to me. I want entertaining stories and that is where DC cartoons fail. And yes, I have watched them all. DC makes poorly-paced animated films with forgettable characters and boring action.

I had a blast watching the Justice League Unlimited cartoon from the early 2000s, but I had just as much fun watching The Avengers: Earth’s Mightiest Heroes. So, this idea that DC is destroying Marvel in animation is ridiculous. For every great DC cartoon you can name, I can counter with an equally impressive Marvel cartoon. And before you throw Kevin Conroy’s

Batman in my face, don’t forget that Marvel’s catalog technically includes The Spectacular Spiderman and X-men Evolution. I saw more quality storytelling in some of Marvel’s What If? episodes than in all of DC’s animated movies combined. I suppose you could make an argument for DC’s live-action TV adaptations, but only because Smallville and the first two seasons of Arrow are awesome. Peacemaker took things to a new level.

But people get so lost in their hate for shows like She-Hulk: Attorney at Law, they forget that Marvel is also responsible for Wandavision, Moon Knight, Werewolf by Night and more. But DC definitely have a lead in the awards department. The studio has four Oscars on its mantle, including ‘Best Makeup and Hairstyling’ for Suicide Squad 2016. Marvel was trailing DC in this arena. No one expected this paradigm to shift.

But if Bassett’s Golden Globe Award paves the way for an Oscar, DC fans won’t have a leg to stand on, especially if the MCU collects more Oscars in the next few years.

I know I sound like some Marvel fanatic hoping to crush the spirits of every DC fanboy, but that is not the case. Debates of this nature typically originate from DC loyalists who respond to every successful MCU film by highlighting all the ways in which their favourite comic book brand is superior.

Look, this is not a competition. Marvel’s success at the box office doesn’t diminish DC. If WB releases an entertaining DC film, we shall all support it.

My favourite comic book films of 2022 are The Batman and Black Adam. You won’t see me defending Thor: Love and Thunder and Doctor Strange in the Multiverse of Madness just because I prefer the MCU to the DCEU.