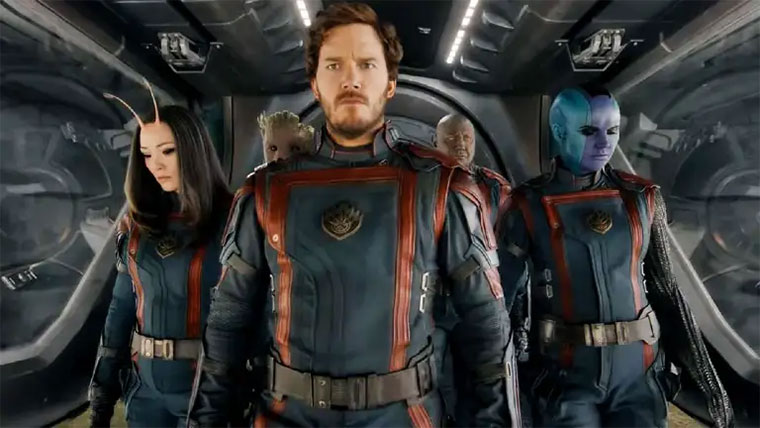 We finally have a trailer for Guardians of the Galaxy Vol 3. I really don’t care.

Reception for the trailer has been largely positive, which I find confusing, because it was incredibly bland. I suppose I was not predisposed to like it. Guardians of the Galaxy Vol 2 was such a disappointment that I would not have minded if Disney had replaced James Gunn for the third film in the series.

True, it had several notable highlights; people still use Yondu’s Mary Poppins line today. But overall, the film was a letdown, and this first trailer for Vol 3 was too mediocre to win me over. But if that is true, why am I optimistic about Guardians of the Galaxy Vol 3?

James Gunn has two factors working in his favour. First, he made Peacemaker, which is second only to Man of Steel, of all the DCEU projects.

Gunn is an innovative storyteller, and Peacemaker reminded me of his creative genius. Although, it took the Guardians of the Galaxy Holiday Special to fully rehabilitate the director in my eyes.

The Guardians of the Galaxy Holiday Special will go down in history as a Christmas classic; the kind people rewatch every December alongside legends like The Nightmare Before Christmas and It’s A Wonderful Life.

That sounds like an exaggeration, but it isn’t. The special was that good. The 42-minute tale centers on Drax and Mantis as the unlikely pair attempts to lift Peter’s spirits by getting the space-faring hero the one thing he wants for Christmas: Kevin Bacon.

The special is a reminder of why we love the MCU. Many Marvel naysayers ask that question all the time. They don’t understand why this CGI-heavy behemoth receives so much love and adoration from moviegoers.

Because of the turbulent nature of phase 4, some longtime MCU fans were starting to ask that same question. After duds like Doctor Strange in the Multiverse of Madness, they could not help but wonder why they had invested so much ime and money into the MCU.

The Guardians of the Galaxy Holiday Special gave us the answer. The MCU delivers the sort of warmth, humour, and heart that makes the moviegoing experience so therapeutic. Most of us watch science fiction and fantasy because we want to have a good time.

Yes, there is room for education and enlightenment. But we expect Hollywood to encase those elements within a fun and exciting package. We trust Disney because we expect to walk out of a Marvel movie or TV show, having had the time of our lives.

Just look at Thor: Love and Thunder. Even if you hate that film with a passion, it still gave you plenty of reasons to cheer. The Guardians Holiday Special was an amalgamation of the MCU’s strongest attributes.

It pressed all the right buttons, proving that the MCU is not a dying giant that has already seen its best days. Don’t forget: Disney gave us Werewolf by Night just a few months ago, another shockingly entertaining special. With the Guardians Special, Marvel showed that they still have what it takes to surprise us.