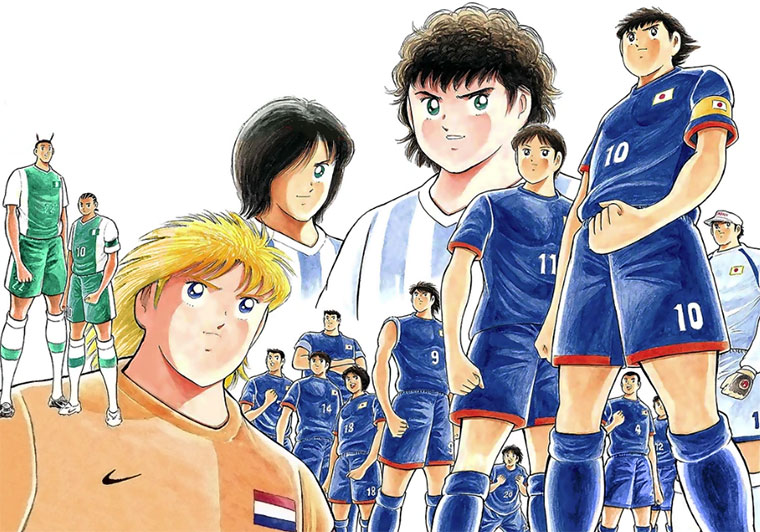 Sports anime do not paint an accurate picture of sports; they make real sport look more enticing than it actually is.

I could not care less about basketball, but when I first watched Kuroko no Basuke, all I could think was, “Basketball is the coolest sport in the world.”

But then I watched a basketball match online and fell asleep. Anime does this to every sport. It heightens the excitement, adding a sheen of awesomeness that I don’t see when watching real-life sports.

This brings us to the World Cup, which I usually never notice. But I have a precocious nephew that recently developed an obsession with football. Every conversation with the 6-year-old starts with, “Uncle, look at what Ronaldo just did,” as he shoves a tablet in my face.

So, I have a greater awareness of the World Cup this year than I have had in previous years, which is why I know that Japan’s team made headlines a few days ago by not only beating Germany, but also staying behind to clean the stadium once fans left. And since Japan is the home of anime, I thought it was appropriate to introduce some of you football fanatics to the best football anime and manga on the market.

Personally, I think the manga is better, but if you prefer animated storytelling, the Blue Lock anime is a great starting point, especially for anime newbies. The anime stands out because all the characters are strikers. They must survive within a setting that compels them to prioritize their personal victories over the team’s success. In Blue Lock, selflessness and altruism are punished.

Many of you have heard of Blue Lock because the anime is one of the biggest releases of 2022. You have also probably heard of Captain Tsubasa, because it still ranks as the most famous football manga on the planet.

The protagonist, 11-year-old Tsubasa Oozora, wants to represent Japan at the FIFA World Cup. Captain Tsubasa is more grounded than most sports anime, which, strangely enough, does not appeal to me. But that should not stop you from giving it a shot, especially if you prefer a semi-realistic representation of the sport you love.

Inazuma Eleven is an entirely different animal. If you gravitate towards over-the-top shonen action, you will appreciate the adventures of Raimon Middle School’s football club. Mamoru Endou, the captain, has the difficult task of lifting the club out of its pathetic state. His only hope is Shuuya Gouenji, a gifted player whose interest in football waned long ago.

Admittedly, Inazuma Eleven is an acquired taste. Your brain will either adjust to the show’s wacky approach, or you will dismiss it as a silly children’s show. If you prefer female-centric stories, Farewell My Dear Cramer is the franchise for you. Although, you are probably better off starting with Sayonara Football. The manga follows Nazomi Onda, an enthusiastic player that must overcome difficult odds to achieve her goals.

The manga, which Naoshi Arakawa wrote, throws the spotlight on the many challenges female athletes face. Farewell My Dear Cramer is a sequel that ended in 2020. The protagonists (Sumire Suo and Midori Soshizaki) must work with a new coach to beat the country’s best teams.

I have heard good things about Giant Killing. The manga explores the trials of the weakest team in Japanese Football’s top division. Their luck turns when a former player decides to manage them. Fans have praised it for its suspense.

As you can see, there is no shortage of football anime to keep you busy during this season. Some notable mentions include Soccer Fever (this one is ancient but grounded), Akakichi no Eleven (very soapy), Hungry Heart: Wild Striker (another sports anime with sibling rivalries), and Whistle!