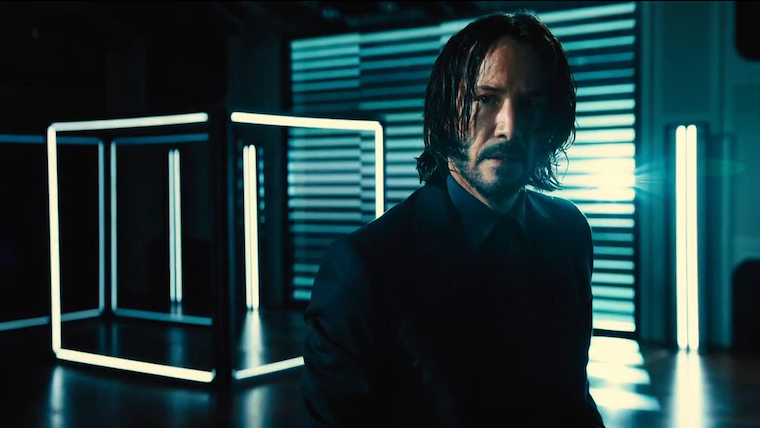 John Wick blew our minds when it came out in 2014. It gave Keanu Reeves’ career a much-needed injection of energy. I had forgotten that Reeves even existed until I saw him in Man of Tai Chi in 2013.

John Wick had a simple premise; Wick was a former assassin trying to settle into retirement when the son of a mafia boss stole his vintage car and killed his puppy. Wick responded by cutting a bloody swathe through the criminal underworld.

That movie should have faded into obscurity, joining the many generic Liam Neeson-fronted action flicks Hollywood kept releasing. But the film had two redeeming factors. First of all, the director (Chad Staheklski) was an American stuntman that worked on The Matrix franchise as Reeves’ stunt double.

Stahelski’s intimate understanding of action and choreography elevated John Wick, shocking viewers with spectacular but realistic gunplay. But The Raid has some of the best action in cinematic history, and yet, that franchise is all but dead.

John Wick continues to chug along, spitting out sequel after sequel because the world of assassins that John Wick inhabits is rich and layered, so much so that Hollywood has spent the last few years creating the blueprint for a larger John Wick universe.

Lionsgate released the John Wick 4 trailer a few days ago, and it is every bit as glorious as you expect. But that is just a taste of what is to come.

John Wick 5 is a forgone conclusion. The studio wanted to shoot 4 and 5 back-to-back, but they eventually scrapped those plans in 2021.

Chapter 5 is still on the way, suggesting that John Wick 4 is not necessarily the end of Wick’s story. Stahelski said a few months ago that Chapter 4 would provide a conclusion of sorts.

We won’t know what that means until the film comes out in 2023. Meanwhile, production on Ballerina has begun. Remember that tattooed ballerina we met in John Wick: Chapter 3 - Parabellum? She’s getting a movie.

The spin-off will follow a young woman (Ana de Armas) who turns her deadly skills against the hitmen that killed her family.

It is worth noting that David Leitch, who directed Atomic Blonde, was a co-director on John Wick 2014, even though Stahelski is the only person credited.

The John Wick team had their fingers all over Bob Odenkirk’s Nobody as well. Derek Kolstad (who created the John Wick franchise) wrote the 2021 action thriller, with David Leitch acting as a producer.

This explains all the rumours about a possible Atomic Blonde/Nobody/John Wick crossover. Nobody failed to win me over for the same reason that Atomic Blonde repelled me. The movie felt like a John Wick rip-off.

I would rather watch a spinoff of Halle Berry’s character from chapter 3. The last I checked, Halle was still lobbying for a Sofia Al-Azwar movie, but I’m not optimistic now that a Ballerina film is moving forward.

Maybe Sofia will appear in The Continental. The studio announced the TV show back in 2017. As the name suggests, it will chronicle the history of the Continental, the safe haven all the assassins in the John Wick universe frequent.

Ian McShane will take center stage as a young Winston navigating various adventures in the 1970s over the course of three 90-minute episodes. One wonders whether the studio’s interest in these spinoffs will persist if John Wick 4 flops at the box office.