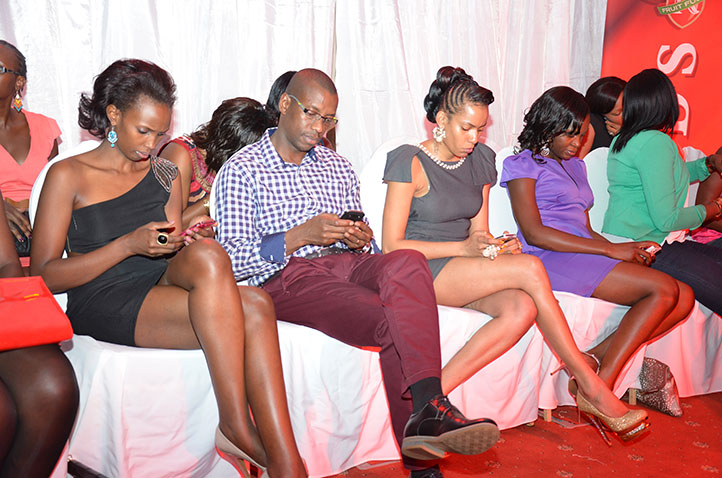 Recently, online media platform Pulse Uganda held the first-ever Influencer Awards in Uganda where a number of social media stars and celebrities won in different categories including fashion, media, music, film, travel and leisure, among others, as voted for by fans.

According to Pulse, the awards rewarded influencers who showcase exceptional ties with their fans and create great content that is creative and innovative.

Perhaps this shows how the gig economy, mainly dominated by social media influencers, has been steadily growing. The influencer space is dominated by artistes, media personalities or simple millennials with no professional qualifications, but have huge followings on their social media platforms, especially Twitter and TikTok.

A press conference or media event is incomplete without influencers in attendance and posting live. According to Uganda Communications Commission (UCC), at the end of March 2022, the total number of active internet connections stood at 23.5 million.

In terms of penetration, the growth in internet subscriptions and other internet-enabled devices on the market translates into 53 connections per 100 Ugandans. On a year-on-year comparison, a total of 1.9 million new active internet connections have been made in the 12 months ending March 2022.

According to Stat Counter by Global Stats, as of September 2022, Twitter is currently the most used social media platform in Uganda, taking up 47.17 per cent of social media users in the country.

Influencing, as used in marketing, is an individual’s ability to persuade potential buyers of a product or service by promoting it on their social media platforms. This has to be someone who has established credibility in a specific industry, has access to a huge audience and can persuade others to act based on their recommendations.

But how does one become an influencer in the first place? According to Faisal Ssesanga, an influencer and digital marketing consultant who goes by ‘Pyepar Faisal’ on Twitter, anyone can become an influencer; it all comes down to whether one can transform their social capital into money by influencing people to buy something.

“Anyone can become an influencer, but it depends on which field of life you have a pool in. If you are into fitness or lifestyle, you can influence that because people look at what you do and they can trust you to tell them about it. It depends on how a person frames themselves, because that is how the clients will see them.”

Faisal says he became an influencer six years ago when he started doing comedy online and eventually built a huge following on Twitter, which he used as leverage to secure gigs, as contracts are called in influencer world.

“The first kind of gigs I used to do were lifestyle, like music concerts and new music released by artistes. I then ventured into marketing, where I am doing a Chartered Institute of Marketing course and that is why my influencing ways have changed. I now get invited to influence at conferences,” Faisal says.

For Bernard Ewalu Olupot (Beewol on Twitter), there are different kinds of influencers; those that are influencers by nature of their mass followership, those who influence by virtue of their expert opinion on specific subjects, and also who become influencers based on one-off events that made them popular.

He adds somebody can also become an influencer based on public opinion; people thinking very highly of them based on their opinions. Beewol notes that his journey to becoming an influencer was through organic growth having been an ardent user of social media for a long time.

“I joined Twitter in 2009 and I have been using it consistently. My influencer work started mostly from blogging and when I joined radio, I became more known and more people followed me; so, I had to find what to use my followership for,” Beewol says.

He engages people a lot and many follow him not because of his opinions but because he engages them at a personal level.

Most brands want to hire influencers with huge social media followings, perhaps because these have a higher chance of getting lots of engagements on their posts and giving the brand they are influencing for, wide visibility.

However, Eric Zachary Mugisha, a digital communications and marketing manager who works with several influencers, says that influencing should not be about the numbers one has on social media, but unfortunately in Uganda it is.

He says that most times when they are trying to get influencers for clients, they complain that they are giving them people without numbers.

“For you to be an influencer, you don’t have to have over 20,000 followers on your social media platform. Even someone who has just 1,000 followers can be an influencer as long as people can relate with the information they put out or create very good content that can sway people into that brand’s path,” Mugisha says.

Beewol agrees, numbers are not necessarily the most ideal yardstick to measure who becomes an influencer or not; there are people who have few followers but because they are knowledgeable about a specific subject, people easily trust them when they talk about a particular brand.

Faisal also agrees that influencing is not about the numbers one has on their social media platforms because if it was, the only influencers people would use would be musicians.

“It is more about conversions; how many people can you convince to pay for a service or product. I also feel like it is about someone’s expertise and knowledge in a certain field as opposed to the numbers of followers,” Faisal says.

One can have the large audience and online charm, but lack credibility and research about the products they are pushing, as some influencers have humiliatingly face-planted in their attempt to execute gigs.

A recent scenario is when the National Drug Authority (NDA) public relations manager Abiaz Rwamwiri called out influencers who were promoting Lydia morning-after pills and questioned their knowledge of their side effects and circumstances under which those pills are taken. He also cautioned them against drug advertisement, contrary to Uganda’s laws, and misleading the public.

The influencers, however, did not shy away from ignorantly expressing their anger and dissatisfaction for Rwamwiri ‘sabotaging their work’. Consequently, the pills company issued an apology and took down the influencers’ tweets.

In another case of going blindly by the numbers, Shuya hired famous tiktoker Brennan Baby to promote their sanitary pads, which left many internet users wondering how a teenage boy could tell women about their sanitary products!

Or that eye-rolling case where Martha Kay spectacularly ‘lost’ her new Range Rover, then resurfaced hours later to say the tracking company she was ‘gigging’ for had recovered it.

“I am a purist when it comes to influencing. Before I engage with a brand, I need to understand whether that brand coincides with what I believe in. If the brand is among my dislikes, I am not going to engage because my followers know me and the kind of things I like and I cannot lie to them that all of a sudden, I like a particular product.”

Eric Zachary Mugisha adds that indeed there are companies who hire influencers who don’t speak to their brand personas or target audience.

“I believe in the next ten years, we might get to the level in the influencer industry where we look at the quality of influencers and the quality of information they are putting out being more personalized and industrial. Not this business of finding someone talking about financial literacy today and promoting a music concert at Cricket Oval the next day,” Mugisha says.

So, is social media/influencing the viable advertising tool compared to traditional or legacy media? Can social media truly satisfy a corporation’s public relations needs, considering that when it comes to in-depth coverage of their affairs and events, PR agencies still look to legacy media, and not social media?

Digital marketers believe that corporate brands are not necessarily opting for influencers instead of traditional media; rather, social media has been added to the list of platforms on which brands can push their products.

Mugisha says brands may be having all the resources to advertise on billboards, TVs, radios and newspapers, but for them to make sure there is quality feedback for the brand, influencers come into play.

“Influencing is not a replacement for traditional media but, rather, a complementary tool in the wider marketing scope. Brands are not just there to make sales but to also create an experience and influencers create that experience,” he says.

To determine whether using influencers is being efficient in product marketing, brands have set up key performance indicators (KPIs) mainly looking at impressions, engagements or downloads the posts made by the influencer have generated. Social media sites have come up with tools through which these statistics can be tracked.

If an influencer creates content that can reach 10,000 people, a brand will be happy about that. Mugisha says brands have also started building better customer relation management tools where they are able to give some influencers promo codes.

They then look at how many people were able to use that code to acquire that product and this helps brands to determine what influencers to work with.

Mugisha believes brands, such as beer brands, are definitely getting value for their money by using influencers. For Beewol, influencing is a big deal and he believes time will come when people will believe that it is a job.

“I quit a formal job a long time back and I call myself unemployed. All my bills are paid through influencer work. You can have like five clients and each is paying like Shs 1m per month. That is Shs 5m and very few Ugandans earn that much monthly. Plus, remember you are earning this money on your own terms with no one to boss you around,” Beewol says.

Nano influencers: These have from 1,000 to 10,000 followers. They are usually our everyday social media users and clients don’t look at their numbers or quality of content, but, rather, how much noise they can make online. They are the kind that can share ten pieces of content in a day.

Micro influencers: These have a bit more numbers and have some industrial trust for the product they are influencing. They have more than 10,000 followers, and people understand them to be enjoying the services or products they push.

Macro influencers: These have from 100,000 to 500,000 followers and, therefore, have a broader appeal. These are typically internet-made celebrities or social media stars and have affinity to the brands they are influencing for.

Mega influencers: These have more than 500,000 followers. They are usually musicians, deejays, media personalities and comedians, which makes them highly visible on social media and, therefore, generate a tonne of engagement. Because of their broader appeal, brands usually sign them as brand ambassadors.