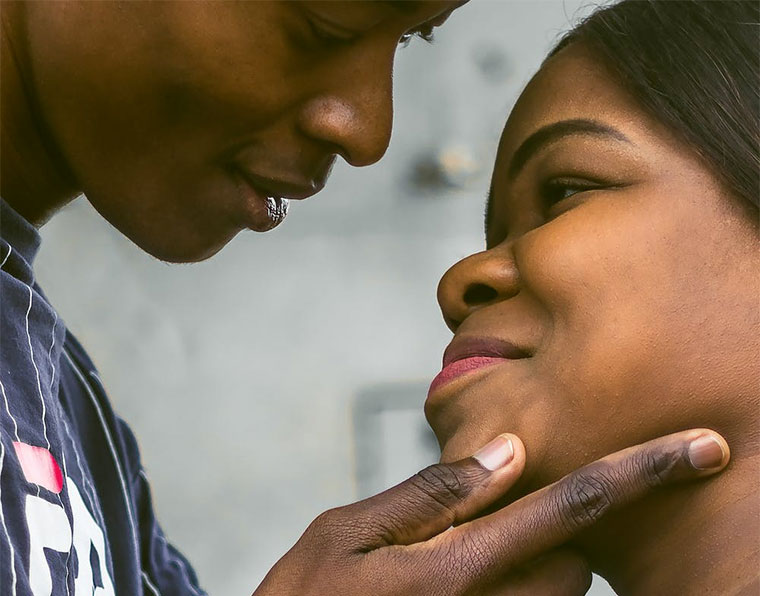 After Kenneth’s call, I rushed to the bathroom to freshen up and work on my makeup before he arrived, but it wasn’t long before I realized that I would not be able to completely disguise the bruises on my face.

I had just abandoned that attempt, when there was a knock at the door and I knew he was here.  My heart instantly started racing, and it felt like I had dozens of butterflies trapped in my chest – just like a silly schoolgirl. I reprimanded myself, then took a deep calming breath before opening the door.

“Hi Kenneth, come on in,” I welcomed him brightly, silently praying that my cheery smile would mask the bruises.

My prayer was not answered; his smile faded quickly and his brow creased with concentration as his gaze moved to my left temple.

“Hi,” he answered distractedly, while drawing closer to get a better look as he came in, then immediately stepping back in a mixture of shock and horror.

“What happened?” he demanded, his tone tense, like he was struggling for control.

“Nothing; I just bumped my head in the shower,” I lied flippantly.

He did not fall for it.

“Did you bump your cheek and your jaw in there as well? Come on Julie, I’m a doctor, I know the difference between a lump from a bump and a bruise from a fist; so, I’m going to ask again, and please don’t lie to me this time – what happened?” he repeated his, though this time, his tone was softer, more pleading, almost cajoling.

It was pointless to try to carry on the lie.

“Kenneth please just drop it; I don’t want to talk about it!” I repeated firmly, and then went on in a softer tone: “Maybe some other time, just not today – please.”

He didn’t answer me for a few seconds, and I could see him struggling to let the matter drop, but finally he did.

“Alright, you win; not today,” he conceded reluctantly.
“Thank you,” I smiled up at him gratefully.

“Let’s go sit down,” he changed the subject, and then stepped aside to let me lead the way into the living room.

The children were so worn out from their time in the pool, that once they were done with dinner, they were ready for bed, and Diane went to tuck them in.

The butler cleared away the dinner things, and I headed out to the balcony with a drink. The property overlooked the river Nile, and the balcony lights glowed over the river, adding to its majestic beauty. It was the perfect setting for self-reflection and new beginnings, both of which I felt I was ready for.

I had seen another side of Diane in just one day, and I was hopeful that given time and effort, I would see more of it, but everyone knows it takes two to tango, and the question that now remained was, while I was seeing changes in Diane, was she seeing any in me?

I could not end my affair with Julie, especially not when there was Junior in the picture; for then, not only would I be abandoning her, but my own son as well, which I could never do.

Besides, there was the fact that I genuinely cared about Julie; she had awoken emotions and feelings in me that I did not even know I was capable of feeling from the moment I met her, and there was simply no denying the strength of those feelings or that I did not want to lose them.

I was still mulling over this, when my thoughts were interrupted by Diane’s arrival.

“The kids are out,” she announced happily as she sat down.
“Great – now I get you all to myself,” I smiled suggestively.

Maybe it was my genuine desire to rekindle our marriage, maybe it was just the magical beauty of the place and evening, or maybe it was just the numerous drinks I had taken, but either way, I was suddenly feeling very amorous towards Diane, and from her shy smile and blush at my words, I was pretty confident that any overtures I made tonight, would be welcomed.

With the children tucked away for the night, I poured myself another glass of wine, then headed out to the balcony to join David. It had been a lovely day; David had really bonded with the children and towards me, he had been kinder, warmer, and generally more affectionate than he had been in a long time.

When he began to flirt with me, I was reminded of the early days of our marriage, before the children had come along, when sex and the suggestion of it, had always come so easily and naturally between us.

David had always been a skilled lover, but as time went by, especially after he began messing around with that no-good secretary, he had seemed increasingly less interested in sex – at least with me.

I had done everything I could think of to woo him back and reignite the spark in our bedroom, paying extra attention to the way I looked, minding my diet and taking on a more rigorous exercise routine, but nothing had worked, and I had eventually resigned myself to the fact that sex was going to make up a far smaller fraction of our relationship than it once had.

However, from the way he was acting, that clearly was not going to be a problem tonight, for which I was immensely grateful, as it had been so long, that just the hint of a promise of intimacy, had me getting as flushed as a teenager.

When he set down his glass and reached for me a few minutes later, I was more than ready for him. With the children asleep and the butler gone for the night, we did not bother making it all the way to the bedroom, and made love right there, on a lounger underneath the starry Jinja night sky, surrounded by the sound of the rushing Nile waters and night birds calling to one another from tree branches high above us.