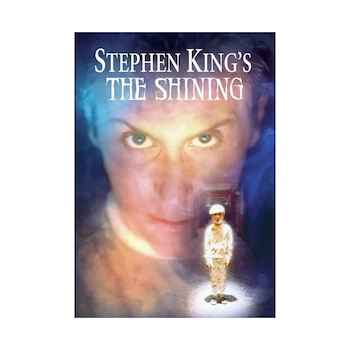 The last time we discussed Stephen King’s The Shining, I said we would discuss the adaptation another time. Well, that time has come.

Many of the Stanley Kubrick fanatics online fought back against the negative opinions I hold towards this movie. I was more than happy to make my case to them. But they argued that I was too close to the book and putting some distance between the novel and its adaptation would do me a world of good.

Guess what? I accepted the challenge. Initially, I watched The Shining just two days after finishing the novel. This time, I waited a few more weeks, gave my brain a chance to forget the book, then re-watched the adaptation.

Unfortunately, my tune has not changed. If anything, the movie made me mad. I get it; movies are subjective, but I honestly don’t understand the appeal of Kubrick’s The Shining. First of all, the film fails as an adaptation. Stephen King’s book is brilliant. I don’t use that word lightly.

The Shining is the first and only Stephen King novel I have read to date, and it exceeded every expectation. The story explores the tense dynamic between a fractured family.

At its core, the adaptation is incredibly uninspired. The novel works because you have three compelling parties. Jack is a troubled man tormented by alcoholism, a violent temper, and the scars of a harrowing childhood.

Jack loves his family, and you can’t help but sympathize with him as he slowly succumbs to the sinister forces turning him against Wendy and Danny.

Meanwhile, once Wendy takes note of the supernatural corruption bleeding into her husband’s soul, she starts contemplating murder to keep their son out of harm’s way.

Speaking of Danny, the boy is too young to understand the drama unfolding between his parents. He has a bigger problem on his hands. He sees the hotel for what it is, a hungry monster hellbent on consuming them.

This book works because these three viewpoints are continuously pulling against one another. Those dynamics don’t exist in the movie.

It would not be an exaggeration to call the adaptation hollow. Kubrick’s Jack is a psychopath from the start. Wendy is just there. The kid playing Danny could not act to save his life.

What did he leave behind? A bland psychological thriller unworthy of the critical acclaim it enjoys. The Shining is not a classic film. It is a classic horror film. Guess who loves horror? I do.

And the movie is a painful failure in that department. Was I supposed to shrink in fear at the sight of those twin girls in the hallway? Or the torrent of blood?

It was a struggle to keep my eyes open. The characters in this story are stranded in a haunted hotel in the mountains during the coldest months of the year. You could not ask for a more conducive environment for spine-tingling terror.

But no. Rather than…you know what? Forget it. I have a feeling some of you are losing your minds because you worship at Kubrick’s altar. So, maybe I am too close to the book.