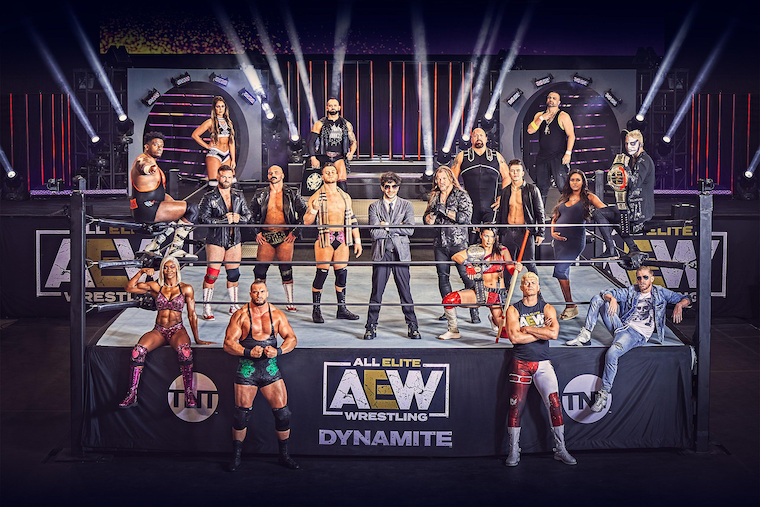 All Elite Wrestling (AEW) is the second biggest wrestling promotion in the United States and the only competition the WWE has at the moment.

You can trace the company’s origins to a comment a wrestling journalist made about the state of the business. Dave Meltzer argued that Ring of Honor, a professional wrestling promotion, lacked the visibility and popularity to sell 10,000 tickets for their events.

Cody Rhodes and The Young Bucks (Ring of Honor Stars) responded to the challenge by organizing ‘All In,’ an independent professional wrestling event.

‘All In,’ which took place in September 2018, sold out in 30 minutes, recording an attendance of 11,000 people. The success of ‘All In’ generated speculation about the possibility of a new wrestling promotion fronted by Cody and The Young Bucks.

Tony and his father (Shahid Khan) are billionaires with a stake in entities such as Fulham F.C. and the Jacksonville Jaguars. Tony Khan is a longtime wrestling fan, so running a wrestling promotion was a dream come true for the businessman.

AEW had a strong start. Yes, wrestling journalists dismissed the company as an inconsequential rival unworthy of Vince McMahon’s attention. However, wrestling fans knew better. WWE was the biggest wrestling promotion in the world because it was the only option on the table. Under Vince’s direction, the quality of their shows had declined drastically over the years.

AEW was a welcome reprieve from the drivel audiences were forced to tolerate on Raw and Smackdown each week. The promotion struck a chord with dedicated wrestling enthusiasts because AEW was wrestler friendly.

WWE was still the most dominant wrestling brand. But AEW was gaining ground, especially after signing the likes of Chris Jericho, Adam Page, and Kenny Omega. You could argue that it was only a matter of time before AEW dethroned WWE. So, what went wrong?

AEW has been in the news for the last two weeks, and for all the wrong reasons. The company’s troubles began when CM Punk used the press conference after the AEW All Out pay-per-view to launch a blistering verbal attack at AEW’s executive vice presidents.

Those executive vice presidents are Punk’s fellow wrestlers: Kenny Omega and The Young Bucks. The trio confronted Punk after he returned to the locker room, and a physical fight broke out.

Now, the parties involved have been suspended, not just Omega, Matt, and Nick Jackson, but also Pat Buck, Nakazawa, Christopher Daniels, Brandon Cuttler, and Ace Steel.  Steel may face legal repercussions for striking Nick with a chair and biting Omega. Some people blame Punk’s entitled attitude for this situation. Others think Tony Khan is too soft.

Either way, the promotion just lost its biggest stars. You can’t count on Punk. Apparently, he sustained an injury that may keep him out of the ring for eight months.

This is just one fire among many that Khan needs to put out. Don’t forget. The man’s roster is so bloated that some of his wrestlers are growing frustrated at the lack of screen time. Is this the end of AEW? Obviously not. However, their growth has probably stalled.