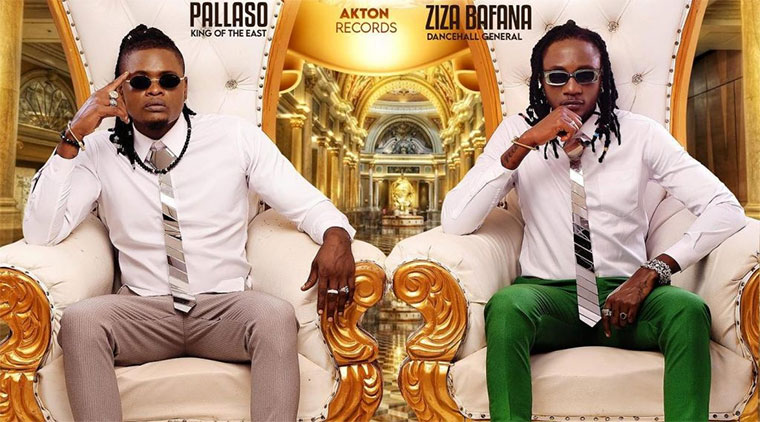 These artistes burst onto the scene, gave us some amazing hits and had us all warming up to them with hopes of seeing them take the mantle from the Chameleone/Bobi Wine/Bebe Cool/Juliana/ Iryn Namubiru era.

But on the contrary, the older generation keeps reinventing themselves with solid music, as several of the up-and-coming stars fade into oblivion. ERNEST JJINGO AND SHAKIRAH NAMYALO write.

Ziza Bafana started out in a duo called Back to Life with Yiya Moze and they had a couple of hit songs before breaking up to take on solo careers. Immediately, Ziza Bafana’s career lit up with hit songs including Tuli Majje, Pomini, Guluma N’asomye, Gyayo Ntekeyo, and Bantu Baffe, which were major club bangers in 2014, 2015 and 2016.

His hoarse voice and catchy lyrics made many consider him the new king of dancehall and raga genres and he was top on the list of artistes to book on every event’s organizer’s list. He even had a successful concert at Freedom City in August 2016, which continued to prove he was indeed a force to reckon with in Uganda’s music industry.

However, after bitterly parting ways with manager Roger Lubega in 2016, Ziza’s career has been in freefall, despite several attempts to get back up. He has in the last three years released Ebizibu, Nazaala, Kingdom, Embuzi and more recently Ensolo, but all these have failed on that ‘oompf ’ scale that he needs to bring back his lost glory.

Arguably one of the biggest RnB singers to grace our music scene, Aziz Azion had us from the go with his smash hit single Nkuumira Omukwano back in 2008, which he followed up with other hits such as Ye Ggwe, Wampisa, My Oxygen, and Beera Nange which cemented his place on Uganda’s music scene.

His Wa Mpisa album in 2010 and Oxygen in 2011 were very successful and he held several concerts at Kati Kati, Calendar Rest hotel and KK beach and even won the best RnB artiste in the 2011 PAM awards.

However, for the past eight years, the soft-spoken singer has been off the charts with no notable music. He has so far released four songs this year but with no big impact. The singer/songwriter and guitarist, however, says he does not succumb to the pressures of the music industry; he does music on his own timing, and not because someone else is doing it.

“I am also working on some music projects; I have a song with my 10-year- old son who has a magical voice and I hope to release it when he is back from school. I am also hoping to do an album as well as organize a concert next year, because I believe my fans are missing me,” Aziz Azion said.

VIP Jemo, real name James Kasozi Batende’s music became known in 2018 thanks to his distinct rap style which is effortlessly smooth with catchy hooks and a touch of dancehall.

In a time when hardcore hip hop is dying out and being replaced by trap, drill and grime genres, Jemo was sought as the new kid on the block who was going to capture a large audience especially the youngsters, not only for his music but also his fashion sense.

Under the guidance of Fik Fameica’s former manager Kama Ivein, Jemo released songs like Sima, Nakikutte, Binyuma, Buju, and Nze Kabaka which received great air play and he was dubbed the king of new skool.

He, however, faced heavy criticism with many accusing him of copying Fik Fameica’s music, allegations he often denied. In the past two years, the 25-year-old rapper has not only failed to release much music but also the few songs he has released have failed to gain any attention.

The global success of Big Tril’s 2019 hit single Parte After Parte came with many expectations. The song topped charts across the continent and even attracted the attention of superstars including Wiz Kid, Davido and American rappers Cardi B and Offset.

With those high expectations, Big Tril spent the Covid-19 lockdowns working on his next album which he says is going to dubbed Trildom, but none of the projects he has released so far have come close to the success of Parte After Parte.

The first song off the album, Long Way was released in June 2020 to very little recognition and so was Mamacita, which dropped in March this year. The 32-year-old rapper/producer is signed to Nigeria-based Striker Entertainment and spends most of his time travelling between Lagos and Kampala.

According to his management, the rapper is set to release two more songs; Upside Down and Tornado before the year ends, all produced by himself, but there is still no exact date when the album will drop.

In 2018, our music scene was blessed with another duo, Hit Nature comprising Mayega Shannon and Abaasi Nsubuga, who were aged just 20 and 19, respectively, then. The two, then university students, surprisingly burst onto the music scene with their first song Twazikozze Zaweze, which was an anthem for partygoers.

They followed up their smash hit with Bakunazaki in 2019 which did fairly well. With the dynamic duo of Radio and Weasel no longer in existence, there were hopes that Hit Nature would keep that candle of music duos burning, but the boys have since struggled to keep the hits coming.

Not even their collabo with Irene Ntale in 2020 could bring them back to the charts. Last month, they released a collabo with Rickman Manrick; Sikyetegeera and we are yet to see how it plays out.

His breakout hit song Dangerous in 2016 made Ceaserous capture attention across the board, thanks to his ‘urban touch’ on the dancehall genre in which he mostly sung.

He followed it up with Kirira and Kola Nabino in 2017, which also did relatively well. He was steadily capturing the urban audience, but the projects he released between 2018 and 2020 did not trend, forcing him back to the drawing board.

“I have been quiet because I have been recording new music and my fans should expect an EP soon and an album later on,” Ceaserous said.

In April this year, the singer who is mostly known for singing dancehall got out of his comfort zone and released a ballad titled Newuunya which has not done well.

Coco Finger is one of those few artistes who have had the opportunity of breaking through with their very first song. In 2009, the singer released his first song Emikono Wagulu and it was an instant hit.

In 2010, he followed it up with My Miss which was also a smash hit and even earned him two PAM award nominations for Best Ragga Artistes and New Artiste of the Year – he won the latter.

In an industry which was then dominated by Jose Chameleone, Bobi Wine and Bebe Cool, Coco Finger looked set to be the next big male solo artiste thanks to his melodic vocals characterized by rapid chatting on dancehall beats and energetic electric dance moves.

He was a trendsetter by introducing new dance moves to every song he released and continued his success through 2011, 2012 and 2013.

However, for the past eight years, the one-time king of dancehall has failed to land chart-topping hits despite releasing multiple songs each year. He is somehow still managing to land gigs in bars around Kampala and headline some shows upcountry.

Considering his great song writing skills and soothing RnB vocals, no one expected Ray Signature to phase out so quickly. He launched his solo career in 2011 after the breakup of the group Big Tym which comprised him, Larry Chary and Oscar.

He emerged as the most successful out of the group thanks to his smash hit Kasenyanku. He then followed it up with some hits, most of which were collaborations like Naloba with Mun G, Katambala with Irene Ntale, Towakana with Ziza Bafana, and Gwe Asinga with Fille between 2013 and 2015.

The Kasenyanku hit maker also penned songs for Rema, Irene Ntale, Juliana Kanyomozi, Iryn Namubiru, Allan Toniks and Fille, and the songs he has written for other artistes have gone on to be bigger hits than his own.

Then Nigerian duo P-Square came up to diss Kasenyanku as a rip-off of one of their songs, and Ray Signature’s star started fading. In 2018, he released an EP, Ultimate Rebirth comprising seven songs, all of which failed to cause a stir. He, however, continues to write songs with the most recent one being Rema Namakula’s Wandiisa Ki.

In 2009, Hamidu Sekyeru aka Papa Cidy was a stylist for Jose Chameleone and when he (Chameleone) heard his vocal abilities, he was signed to Leone Island and the pair released duets such as Tolina Kisa, Joselina, Daniella, and Meeme Katale which were all successful.

Despite his great writing skills and vocal capabilities, Papa Cidy always lived under Chameleone’s shadow and all his solo projects failed to trend. In 2014, Papa Cidy released two albums, Evalina and Nkwata, but both fell flat.

The 36-year-old singer, who eventually left Leone Island, says it is too early to write him off since he has signed to new management, Sage Music, an Australia-based artiste management service which he believes is going to resurrect his career.

“I already have a seven-song album ready to be released and have already released a song off it; a collabo with Spice Diana titled Nze Wuwo. Under my new management, I am soon going on a music tour in Canada and Japan and I hope to reach platforms and audiences I have not reached before,” Papa Cidy told The Observer.

About what he has been up to for the years he was not releasing music, the singer said he was concentrating on developing his clothing line, BAKNA which makes apparel for celebrities; he designed stars including Bobi Wine, Jose Chameleone, Sam Bagenda and Nina Roz.