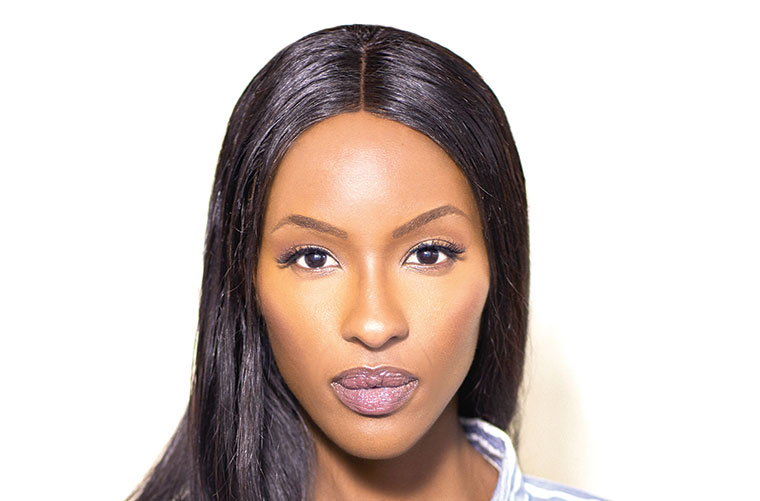 SARAH MULINDWA is a UK-based Ugandan sexual health nurse and TV personality. Quick Talk met with her and talked about her work and how easy it is to do that in Uganda.

Who is Sarah Mulindwa?

Well, I am a Ugandan born in the UK and a multi-gifted character. I am a professional nurse, model, actress and TV moderator.

How is all that even possible?

I am visionary and a student for life.

Okay...and what did you study?

I went to Westminster Kingsway College 2001 to 2003 and completed with distinction in ‘Health and Social Care’, then proceeded to Thames Valley University 2004 to 2007, getting a BSc (Hons) in Adult Nursing. Following graduation from university, I practised as a ward nurse in Acute Medicine from 2007 to 2012.

In 2012, I specialized in Sexual Health and HIV and currently, I’m practising as a Specialist Nurse in this field alongside my various other work commitments in different sectors.

What influenced you to become a sexual health nurse?

I was around 24 or 25 years old and had done five years as a nurse on a hospital ward and honestly, I was exhausted. I was young, working crazy hours and though I loved the hustle and bustle, government cuts meant that we were constantly short-staffed, and my back was hurting. I needed something more light-hearted!

My mum is a nurse as well; so, she knows it is a medical thing. Everyone is always intrigued and asks to tell my craziest story, but after eight years, what may faze someone else is quite normal to me.

So, should I call you a modern ssenga?

No way; we’re different. I look beyond the way relationships are supposed to be run, but also how one can prioritize good sexual health and try to curb the misconceptions about sex education, more so among children, which is not the case with local ssengas.

You see I want to do much in Uganda, because comprehensive sex education is essential and vital to young people and my aim is to equip them with the knowledge, skills, attitudes and values that empower them to realise their sexual and reproductive health and well-being.

My goal is to engage with people of all ages, but particularly young people who are still developing and navigating their way in an increasingly pressurizing generation.

I plan on doing so through targeted outreach, social media campaigns, collaborating with the Ugandan media and creating a space where they feel their needs are being listened to, met and acknowledged.

Impressive. Tell me about “the sex clinic” show...

As I told you, I am a multi-gifted character, but a few years back Channel 4 approached me to audition for the show and we have just completed Series 1 which is available to watch, and since then it’s been a success.

Then how did you join radio too?

I got into radio almost four years ago, when a friend of mine who worked in PR came across a tweet from Hoxton Radio advertising a position for a stylist to join a new fashion show.

I skimmed over the tweet and assumed it was to style for an actual runway show, not realising it was actually a long-term job as a presenter on a fashion-related radio show. The director got back to me; we set up an interview, trained for a few weeks until I was ready to go live and the rest, as they say, is history!

Luck comes to those that are hardworking.

That’s a good one... So, how do you balance the responsibilities?

Well, in the UK, it is easy to schedule yourself on when you will perform different tasks because most of the jobs are part-time.

Have you faced any form of harassment working in the media?

No. I am principled and state my values and limits to people and if one tries to misbehave, I tell them straight that I won’t entertain it.

Fashion is a great way of self-expression and I love changing up my look according to the vibe I’m feeling at any given time! I love the creative process of putting together different looks, exploring my personal style and also inspiring others.

Who is your best designer?

I believe in becoming a great impacting black woman that fights for change and advocates for women development.

In other words, you are a feminist

No I am not, but I believe in fairness among men and women.

Do you have a man in your life?

Till it’s the right time.

When is the right time?

God surely knows and I am patient about it. I believe I haven’t achieved enough of what is on my goals list.

Alright; so, who is your ideal man?

Must be humble, hardworking, understanding and the best thing is to be God-fearing.

Any I’m meant to be with.

Okay; what do your parents say?

They want me to get a Ugandan man. The difference in men in the UK and Ugandan men are just races and location, but they remain men; nothing makes the other superior or inferior.

It is just our mindset that creates differences; otherwise, there are some who are rich and poor which is the case in African men.

Hmmm, so what is the favourite place you’ve visited?

Of course my second home Kampala and Uganda is the most ethnically diverse country in the world. Every day feels like a Friday. It’s an incredibly sociable city and is ranked in the top five cities in Africa for nightlife.

Where do you usually go?

A top area is the Industrial Area, although the name is misleading as it’s home to Kampala’s upscale nightlife; it is party after party. However, I like touring the game parks, going to beaches and music shows.

Do you have a favourite musician?

I can say Sheebah and Cindy.

Do you enjoy Ugandan food?

I actually eat matooke and g.nuts when I’m in the UK. Even here. I know how to prepare it despite growing up in the UK; so, when I am here, I eat local foods but mostly I enjoy the rolex in Munyonyo.