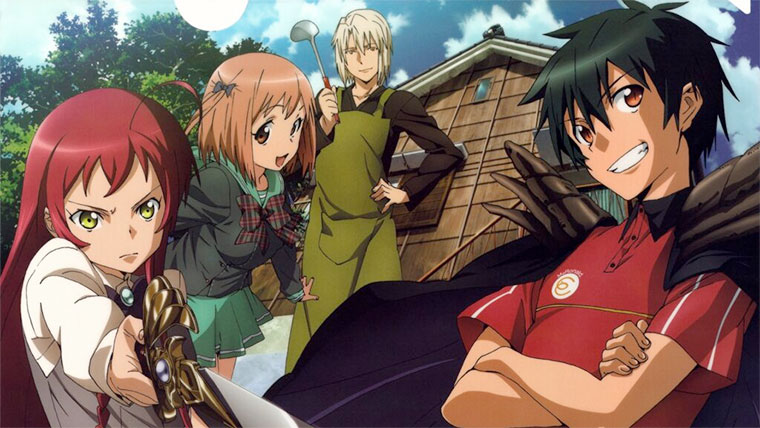 Have you ever asked the average anime fanatic about their most anticipated sequel?

They probably shocked you by saying Hataraku Mao-Sama, also known as The Devil Is A Part-Timer!

We have spent a little over a decade waiting for this show to return. Yes, ten long years. And finally, it is here. The Devil is a Part-Timer! season 2 has begun.

You know how Togashi will tease us with a potential Hunter X Hunter return every few months? Wait, no, that isn’t fair. I don’t think Togashi cares about the anime adaptation. And even if he did, it is not like he has control over the show.

Then again, Hunter X Hunter continues to languish in limbo because of the author’s poor production rate. I don’t think any other artist in manga history has taken more breaks than Togashi.

Japan teases us with a potential Hunter X Hunter return every few months. And we always believe them because that recent 148-episode masterpiece was incredibly popular. So why wouldn’t they make more?

But inevitably, the studio debunks the rumours, and we are forced to discard our excitement. The Devil is a Part Timer! has teased us with the same frequency ever since it debuted in 2011.

However, unlike Hunter X Hunter, that first season was just 13 episodes long. As such, we had a much easier time letting the show go. By the mid-2010s,

I don’t think anyone was actually expecting the anime to return. Don’t get me wrong. Rumors about a second season would generate buzz in the anime community. But it was more of mild curiosity than genuine excitement because we had abandoned hope years ago.

But then, two weeks ago, I heard the news. The Devil Is a Part-Timer was back. I refused to believe it. But then I went online, and there it was, the first episode, available for viewing. Yes, I lost it.

Hataraku Mao-Sama was the best anime of the year it came out. Why has the show’s popularity persisted? I don’t really know. If you haven’t seen it, it is a fantasy comedy.

Don’t expect thrilling edge-of-your-seat drama like Psycho Pass or epic fantasy like Magi: The Labyrinth. Hataraku Mao-Sama is pure comedy. The primary protagonist is Satan, a demon lord hellbent on conquering the world of Ente Isla.

When the hero Emilia confronts Satan in one final battle, the tyrant flees to modern-day Tokyo. Unlike Ente Isla, Tokyo is devoid of magic. To survive, Satan adopts a new name (Sadao Maou) and secures part- time employment at a fast-food restaurant.

This was my official introduction to comedy anime. Young as I was, I was drawn to action, fantasy, and horror. Genres outside that circle did not interest me.

But then Hataraku Mao-Sama came along and blew me away. I don’t think I had ever laughed that hard before. Also, this was the first anime I saw that had a full sentence for a title.

Part of me was hesitant to watch this second season because I was afraid it would not live up to my expectations. But I watched the third episode just a few minutes ago and laughed.

It was not a long, loud, overwhelming laugh. But it was still a laugh, the kind you don’t expect because the scene in question was not particularly amusing. But then Mao said a line, and something about the delivery set me off.

And that ending was terrific because Gabriel was not quite what I expected. The fact that he was so self-conscious about looking like a bad guy worked in ways I did not expect.

Watching the first three episodes feels like wearing an old and familiar coat. It just works.